The pandemic has been shaking Germany's economy for a year. In addition to the corona restrictions, growing protectionism also plays a major role. Never before have companies been as skeptical as they are today. 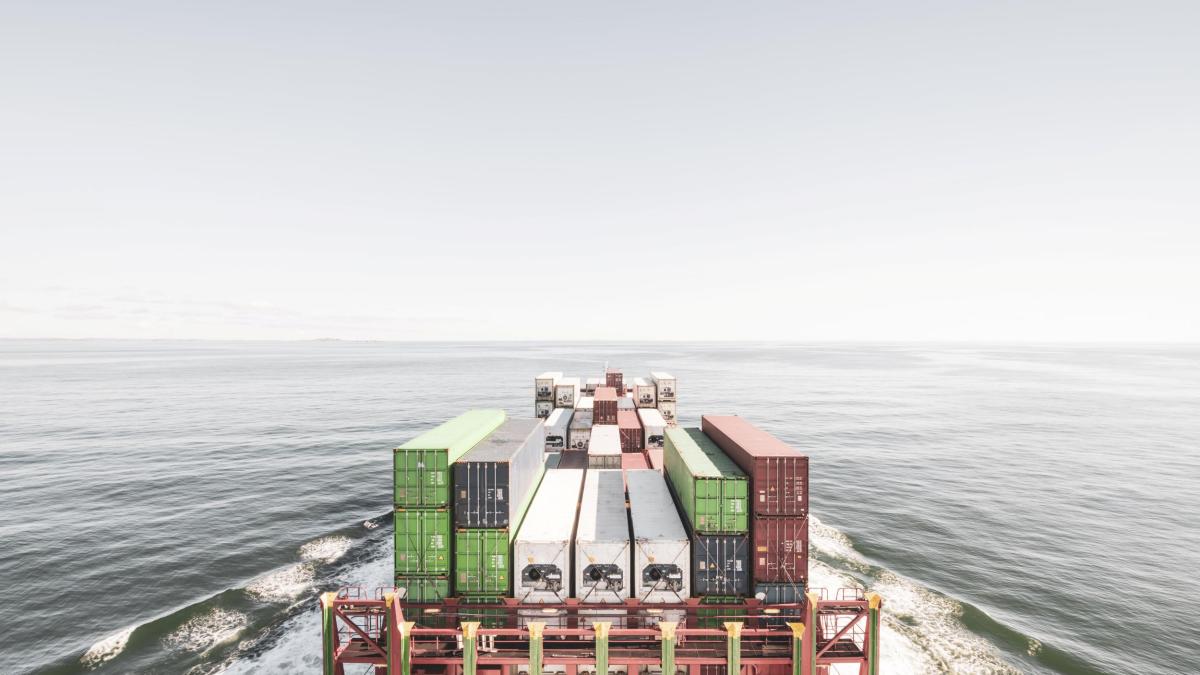 Export is the most important pillar of the crisis-ridden German economy.

After the crash in the spring, foreign business picked up again surprisingly quickly.

But now the supply chains threaten to tear again with devastating consequences for local companies.

A survey by the German Chamber of Commerce and Industry (DIHK), which the association regularly presents in spring, shows where the biggest problems for Germany's internationally active companies are currently after a year with the pandemic.

40 percent of companies active abroad report problems in their supply chains as a result of the corona pandemic.

Most of the problems arise within the euro zone.

The recent border closings and tightening of entry restrictions, with which the federal government wants to curb the spread of the virus mutants, hit the German economy, which is strongly oriented towards the international division of labor.

“The extreme interdependence is the Achilles heel of the company,” emphasizes the managing director of the German-Czech Chamber of Commerce and Industry in Prague, Bernhard Bauer.

This applies, for example, to the local vehicle industry, for which the neighboring country is one of the most important supplier locations.

When the Czech Republic was declared a "virus mutant area", there were traffic jams 30 kilometers long and supplies for German companies stalled.

The 50,000 Czech commuters with jobs in Germany also had problems getting to work in Saxony and Bavaria.

There are exception rules for systemically relevant sectors.

But without negative corona tests, neither truck drivers nor commuters can cross the border.

And since the Czech Republic reports one of the highest incidences of infection in the world, there is no improvement in sight anytime soon.

There are also acute problems in the supply chains in China and - after the British have left the EU for good - with Great Britain.

For this reason, many German companies are now looking for new suppliers, increasing their warehousing or are even considering bringing the production of preliminary products back into their own company.

However, such changes in the supply chain are usually associated with considerable costs and correspondingly depress business expectations.

Never before have the prospects for international business been assessed as skeptically in the DIHK survey, which has been carried out annually since 2012, as this year.

Only 17 percent of companies expect better business in the next twelve months, while 27 percent are pessimistic.

However, the previous survey took place in spring 2020 before the outbreak of the Corona crisis.

The German export economy has recovered from the absolute low point of last summer.

However, the international companies are still a long way from normal times, and the pandemic is still making business more difficult.

The cancellation of trade fairs and events also affects two thirds of companies.

And every second company postpones investments.

But regardless of the consequences of the corona pandemic, there is more and more sand in the gears in international business.

The protectionism that was rampant even before the crisis increased significantly in the past year.

Almost half of German companies complain about new trade barriers - an extraordinarily high figure over time.

One driver in recent years has been the former US President Donald Trump.

But his successor Joe Biden seems determined to continue the conflict-laden course, as the new punitive tariffs recently imposed on Germany show.

However, countries like China or Russia also impede exports and investments by German companies with discriminatory regulations.

Despite everything, the export volume is likely to increase

Although China is an extremely difficult economic partner, the People's Republic remains a beacon of hope for the local economy.

And most companies expect their business in China to develop positively.

Optimism also prevails for Europe, although the pandemic will have serious effects for some time to come.

The companies' view of the USA is also quite optimistic.

In contrast, future business with developing and emerging countries is largely assessed pessimistically.

And the expectations for economic relations with Great Britain are also bleak.

Nevertheless, according to DIHK estimates, German exports are likely to increase by a total of six percent this year - and at least partially recover from the corona shock.

In 2020, exports of goods fell by more than nine percent in the wake of the Corona crisis.

The industry has definitely got off to a good start in 2021.

As reported by the Federal Statistical Office, orders from abroad rose unexpectedly by 4.2 percent in January.

Orders from the euro zone grew by 3.9 percent, while those from the rest of the world rose by as much as 4.4 percent.

However, the DIHK survey shows that an order does not guarantee a deal.

Almost every third company is therefore affected by cancellations.