SpaceX: Starship rocket landed for the first time - and then exploded

Minutes after landing in Texas, an unmanned prototype of a new SpaceX rocket exploded. A video broadcast by the company saw flames emanating from the SN-10 missile. 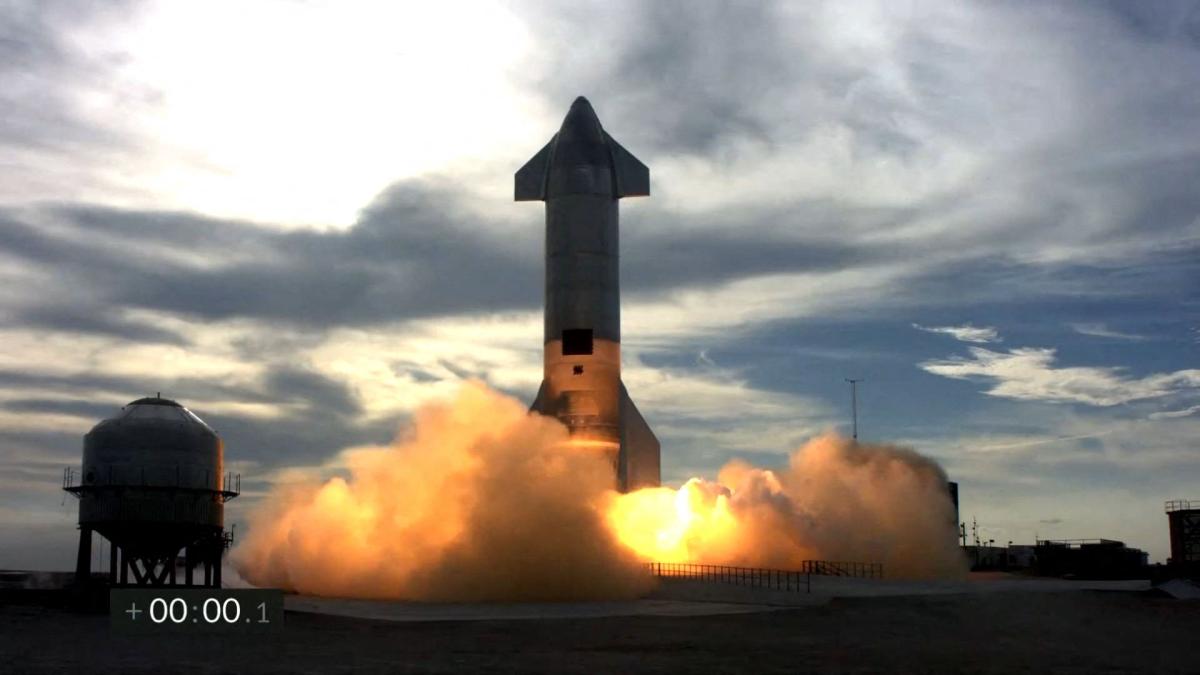 After two setbacks, a prototype of the new "Starship" rocket landed safely for the first time on a test flight by the private space company SpaceX - and only then exploded.

During the test on Wednesday (local time) in the US state of Texas, which the company broadcast live, the unmanned rocket landed safely on the ground shortly after takeoff - and then went up in flames a few minutes later.

Why the missile exploded was not initially clear.

"The main goal of today's test flight was to collect enough data on how to control the spaceship upon reentry (into the earth's atmosphere)," said SpaceX engineer John Insprucker.

"And we have successfully achieved that."

A few hours earlier, a first attempt had been aborted a fraction of a second before the planned start, but the engineers decided to try again shortly afterwards.

In two previous tests in December and February, the landing had not worked.

In December, a prototype exploded on landing due to a problem with the fuel system; in February, a prototype fell to the ground apparently unchecked due to a technical defect on the test site and was engulfed in a fireball.

SpaceX intends to use the test flights to test individual parts of the rocket.

According to the plans of SpaceX founder Elon Musk, the “Starship” rocket will one day transport cargo and people to the moon and Mars.

The special feature: It should be completely reusable.

To achieve this, she has to perform a turning maneuver in the air and then land back on the ground in a controlled manner.

The rocket should also be used where there are neither launch ramps nor ideal landing sites - for example on Mars.