Lebanon: the price of fuel soars and arouses popular anger

Lebanon continues to sink into political and economic crisis. The national currency has crossed the symbolic mark of 10,000 pounds to the dollar. A record. A dollar was still being traded stupid ... 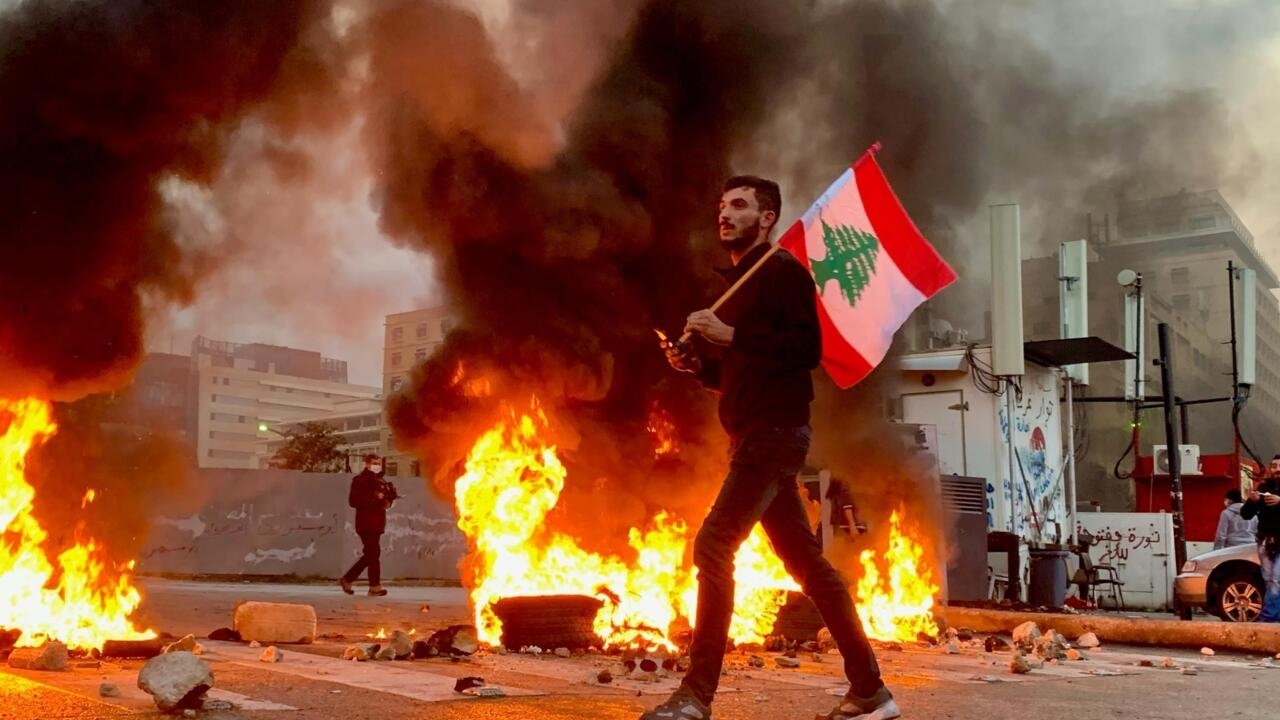 Lebanon: the price of fuel soars and arouses popular anger

On the Place des Martyrs, in Beirut, a hundred people set tires on fire and block traffic.

Lebanon continues to sink into political and economic crisis.

The national currency has crossed the symbolic mark of 10,000 pounds to the dollar.

A dollar was still trading against 1,500 Lebanese pounds a year and a half ago, before the onset of the crisis.

What reinforce the already very strong anger of the Lebanese, who again took to the streets all over the country.

On the Place des Martyrs in Beirut, a hundred people set tires on fire and block traffic.

Fadi, in her thirties, protests against the increase in the price of gasoline, decided by the government.

It's really a total hassle," he

It will affect everyone in terms of personal, public transport.

It will even affect the price of goods such as vegetables because we need transport to transport these goods.

which at least has the merit, according to the young man, of bringing all the Lebanese into the streets, whatever their religion or their political color.

There are activists from different parties who are with us on the way because the economic crisis is also affecting them and they are part of the Lebanese people,"

he says with satisfaction.

Welcome everyone, this revolution is not made for a political party, it is the revolution of all the Lebanese people.

Hezbollah militants in the streets

Even activists from the Shiite Hezbollah party, usually hostile to the anti-elite protest movement born a year and a half ago, are joining the movement.

I want to be able to eat, drink and live.

These pants, these slides, this T-shirt, that's all I have,

If my mom knew I was here, she would hit me and kick me out.

The party does not want us to be there.

But I, even though I love our leader Nasrallah, I want to continue coming here, claiming my rights, supporting those who have nothing left and helping the entire population.

The activist hopes his party will end up supporting the blockades.

Since the movement began three days ago, most ruling politicians have remained silent.

Lebanon: the price of bread increases for the fourth time in six months

Explosions in the port of Beirut: the judge in charge of the investigation dismissed the case