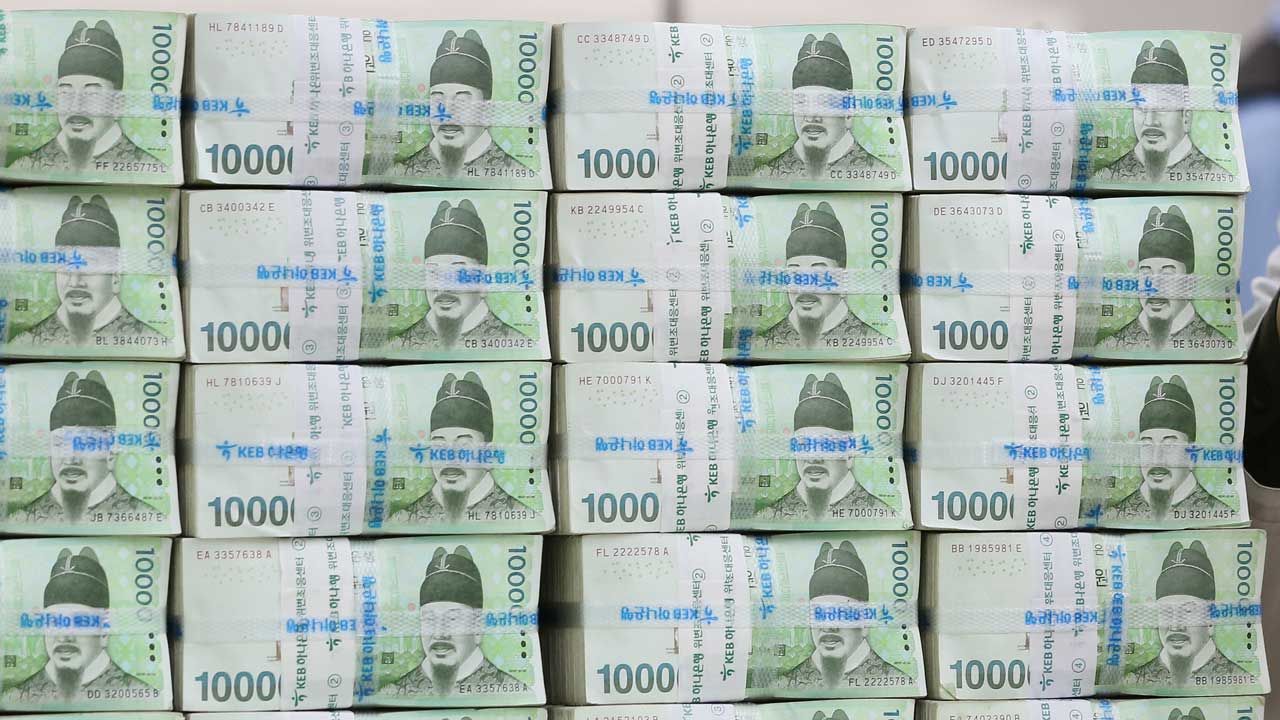 As a result, the national debt forecast at the end of the year has increased to 965 trillion won.

If several additional supplementary accounts are organized this year, the'era of 1,000 trillion won in Narat debt' may arrive within this year.

It is pointed out that the rate of rapid increase in national debt is of concern, even considering that the formation of an additional budget to support the damage of Corona 19 is an inevitable measure.

Of the customized Corona 19 damage support measures totaling 19.5 trillion won, which the government proposed at the State Council meeting today (2nd), an additional 15 trillion won is based on expenditure, and the third supplement for responding to Corona 19 last year (23 KRW 700 trillion), and the third-largest scale ever after the 2009 global financial crisis (KRW 17.2 trillion).

Among them, special agricultural accounting is composed of a special tax for rural areas imposed when trading securities. It is analyzed that the stock market boom last year caused a lot of tax to be lifted, resulting in extra financial resources.

"Most of the discretionary expenditure of this budget consists of urgent demands for investment in preparation for the future, such as an urgent economic recovery or the Korean New Deal," said Ahn Do-geol, head of the Ministry of Strategy and Finance. "There is room to see. In reality, there is little room for additional spending restructuring."

The issuance of KRW 9 trillion in government bonds intact led to an increase in national debt.

The government debt, which was 956 trillion won at the time of this budget, has increased to 965 trillion won.

The ratio of national debt to gross domestic product (GDP) rises to 48.2%, an increase of 0.9 percentage points from 47.3% of this budget.

If the government's 2021-2024 National Fiscal Management Plan submitted to the National Assembly last year and the additional national debt this year are added together, the Narat debt will increase to 191.2 trillion won next year, and 127.2 trillion won in 2023, and 1 in 2024. It is expected to increase to 1,347 trillion won.

However, if additional budgets are organized several times this year on a similar scale to last year, the point in time that the national debt will increase to 1,000 trillion won may arrive within this year.

This possibility becomes even greater when the national disaster support payments become a reality.

Last year, the national debt was presented at 805.2 trillion won in this budget, but after four additional supplements, it increased by 41.7 trillion won to 846 trillion won.

Compared to the original budget in 2019 (74 trillion won), 96 trillion won has increased.

Earlier, the Democratic Party's Policy Committee Chairman Hong Ik-pyo also said, "I think this year (the ratio of national debt to GDP) will increase to approximately 52-53%."

This means that the increasing national debt this year could reach around 100 trillion won.

The administrative fiscal deficit, which shows the actual fiscal situation of the government by subtracting social security funds such as the national pension, was also 126 trillion won, an increase of 13 trillion won from the original budget.

"The fiscal soundness of our country is still good when international comparisons are made," said Choi Sang-dae, a budget reviewer at the Ministry of Finance and Economy. "However, considering the various fiscal policy conditions, (state debt) is growing rapidly, so management is necessary."

Financial markets may also become unstable due to the increase in government bond issuance.

He said, "However, as interest rates at home and abroad continue to rise, we recognize that we need to put all our efforts into stable market management. We plan to implement market stabilization measures in a timely manner in response to the expansion of market volatility in the future. We want to diversify and minimize volatility.”

Professor Yeom Myung-bae of Chungnam National University said, "If we add an additional supplement this year, the government debt will exceed 1,000 trillion won. The rate of increase is too fast. Even if the government changes, the people who have already created debt must eventually pay off. Considering the sustainability of finances However, I am very concerned because it seems to be the keynote of'don't think about tomorrow, let's use it first',” he pointed out.