On Tuesday, March 2, Russian poultry enterprises, at a meeting with the Ministry of Agriculture, promised to curb the rise in prices for their products. As part of the agreements, businesses will receive additional support from the state. We are talking about the expansion of concessional lending programs, as well as partial compensation for business capital and production costs. In addition, to combat the rise in prices for poultry and eggs, the authorities plan to reduce the dependence of Russian producers on imports. How retail prices for these products can change - in the RT material. 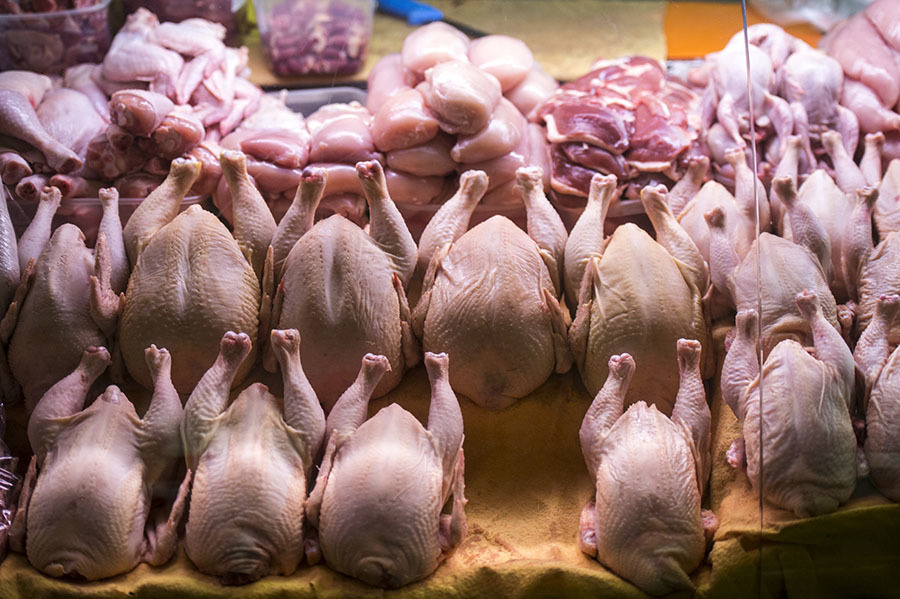 The largest poultry enterprises in Russia have agreed not to raise prices for their products.

This decision was announced on Tuesday, March 2, following a meeting with the Minister of Agriculture of the country Dmitry Patrushev.

“Key representatives of the industry, members of the National Union of Poultry Breeders, noted the need to maintain the economic availability of their products for the population and agreed to curb the rise in prices for poultry and eggs,” the Ministry of Agriculture said.

As part of the agreements, the department intends to provide business with new measures of state support.

The main goal of the initiatives is to preserve the financial stability of producers and stabilize prices for poultry and eggs in the country.

In particular, the ministry plans to increase the limit on preferential short-term loans for poultry enterprises from 1 to 1.5 billion rubles per borrower.

At the same time, the Ministry of Agriculture proposes to extend the term of preferential investment loans for producers affected by bird flu to 12 years.

“To reduce the industry's dependence on imported hatching eggs, it is planned to stimulate the development of their own production.

Also, experts of the Ministry of Agriculture are considering the possibility of reimbursing capital costs to enterprises for the construction and modernization of facilities for the production of hatching eggs from 2022.

Moreover, the authorities can begin to compensate poultry farmers for part of the costs per 1 kg of produced and sold products.

This decision may be valid until October 1, 2021 for enterprises that do not increase their selling prices.

According to the January estimate of Rosstat, over the past year in Russia consumer prices for meat and poultry rose by 4.1%, while chicken eggs rose on average by 18%.

The Russian government has already taken a number of measures to stabilize prices.

First of all, we are talking about the introduction of quotas and duties on the export of grain and oilseeds.

In addition, in 2021, subsidies are provided for the transportation of soybeans and meal from Siberia and the Far East.

“All this has already allowed to slow down the internal growth of prices for basic crops and feed.

Their final stabilization is expected in the next two months, ”Dmitry Patrushev emphasized.

Recall that in December 2020, Russian President Vladimir Putin criticized the government for the rise in food prices and demanded that measures be taken promptly to resolve the problem.

During the week, the Cabinet of Ministers prepared a number of initiatives to combat the rise in prices for socially significant goods.

In addition, a bill was developed that allows the government to introduce price regulation under certain conditions.

The rise in prices for a range of food products, including poultry and eggs, is partly due to fluctuations in the foreign exchange market in 2020.

Ilya Bereznyuk, managing partner of Agro & Food Communications, expressed this point of view in a conversation with RT.

“In the poultry industry, the peg to the currency is especially significant.

The fact is that the cost of a kilogram of chicken meat consists of more than 70% feed.

And if 30% of poultry nutrition is grain, the rest is supplements purchased abroad.

In addition, as the head of the analytical department of AMarkets Artyom Deev noted in an interview with RT, now Russian chickens mainly grow from hatching eggs purchased abroad.

According to the expert, such eggs provide a high guarantee of the appearance of chickens, which are later fed in enterprises.

Meanwhile, Russian counterparts of hatching eggs are not yet very popular among national poultry farmers, analysts interviewed by RT admit.

Experts believe that the increase in customs duties proposed by the Ministry of Agriculture will partially solve the problem.

“The increase in import duties will lead to the fact that the cost of overseas hatching eggs will rise significantly.

Against this background, domestic producers will begin to actively buy other breeds of birds - Russian, not Western.

As a result, the selling price of poultry meat and eggs may indeed decrease, since the Russian hatching egg will become 10-20% cheaper than the foreign one, "Artyom Tuzov, executive director of the capital market department at Univer Capital, told RT.

Along with the introduction of business subsidies, government measures will allow companies to fill the market with cheaper goods at affordable prices for buyers. This state of affairs could spur consumer demand and, in general, accelerate the economic recovery from the effects of the pandemic. Pavel Sigal, the first vice-president of the all-Russian public organization of small and medium-sized businesses "Support of Russia", spoke about this in an interview with RT.