Waiting for warming: how the dollar and euro exchange rates can change in spring

The Russian currency is moderately strengthening against the dollar and the euro in the first trading of the spring. According to experts, over the next three months, the dynamics of the ruble will largely depend on the situation with the coronavirus pandemic in the world and the state of affairs in the global oil market. Also, experts note the continuing pressure of sanctions risks, but at the same time they believe that the period of dividend payments by Russian companies may provide additional support for the national currency. How the dollar and euro exchange rates can change under these conditions - in the RT material. 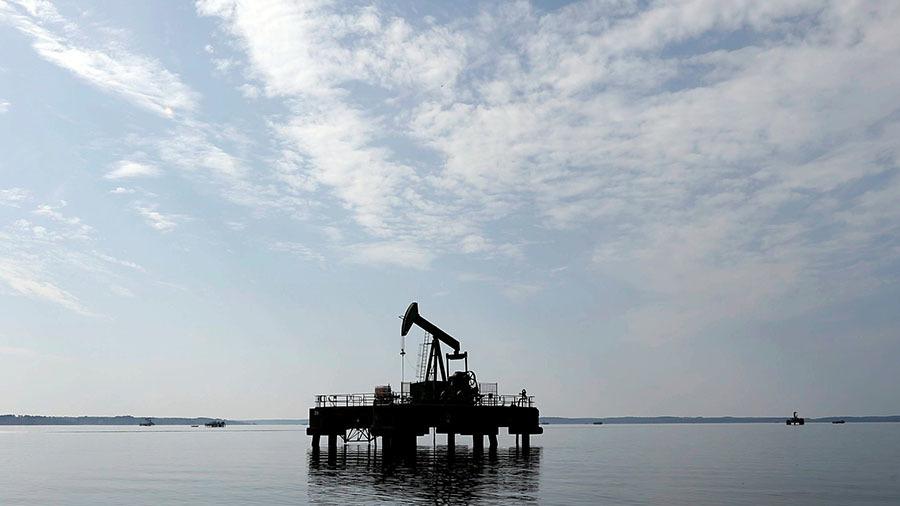 On Monday, March 1, the Russian currency is moderately strengthening on the Moscow Exchange.

Note that in February, the Russian currency showed mixed dynamics.

However, already in the last days of winter, the values ​​returned to the levels of 74-75 rubles per dollar and 90-91 rubles per euro.

In the spring, the coronavirus pandemic will remain one of the determining factors for the national currency.

As the analyst of the Finam Group of Companies Andrei Maslov told RT, in the event of a worsening epidemiological situation in the world, investors can begin to withdraw money from risky assets, including the ruble.

Meanwhile, the improvement in the situation with COVID-19, on the contrary, will fuel players' interest in the Russian currency.

“The sentiment of the foreign exchange market is highly dependent on the global environment and how investors assess the prospects and risks.

It is clear that in the context of the crisis caused by the pandemic, the disruption of logistics and production of goods and services, the risks are only increasing.

At the same time, with the beginning of mass vaccination in Russia and the world, the statistics of morbidity and mortality are clearly improving, ”Maslov emphasized.

In the near future, the ruble will be influenced by the state of affairs in the world oil market, experts are sure.

Note that in February, Brent crude on the ICE exchange in London rose more than 18% to $ 66.13 per barrel.

At the same time, at the end of the month, quotations briefly rose above $ 67 per barrel - the highest level since January 2020.

The increase in oil prices observed in recent weeks was largely due to the fulfillment of the terms of the OPEC + deal, as well as a sharp decline in energy production in the United States.

As the investment strategist of BCS World of Investments, Alexander Bakhtin, told RT, a temporary correction in oil prices may follow the record growth.

At the same time, quotes will remain close to the psychological level of $ 60 per barrel, the expert is sure.

“Now the prices seem to be overheated.

In addition, the United States may increase drilling activity, and if the US sanctions against Iran are lifted, another 2.5 million barrels of oil per day may enter the market.

However, the OPEC + policy will continue to exert a stabilizing influence on the market and is unlikely to allow prices to sink, ”Bakhtin said.

Recall that under the OPEC + agreement, oil exporting states specifically limit the production of hydrocarbons.

According to experts, the policy of the alliance members should keep oil prices from new collapses.

According to the agreements reached earlier, from February to the end of March 2021, the countries participating in the agreement will reduce the production of raw materials by 1.4 million barrels per day.

The parties should determine the further strategy based on the results of the meeting on March 4.

“OPEC + participants are expected to meet in the first week of March.

Some partner countries will insist on increasing production by 500 thousand barrels per day.

This decision by OPEC + may put pressure on prices, but it will be short-term.

In general, we believe that in the spring prices will fluctuate in the range of $ 60-70 per barrel, "Alexander Razuvaev, head of the Alpari information and analytical center, told RT.

However, against the backdrop of relatively high oil prices, further strengthening of the ruble continues to restrain sanctions risks.

This point of view in an interview with RT was expressed by the head of the bank "FC Otkrytie" Mikhail Zadornov.

This is the objective data of our balance of payments.

But the value of Russian assets and the ruble today are under pressure not even from specific sanctions, but rather from expectations of some possible restrictions.

If this overhang of risks is removed, then the ruble will strengthen, and the value of assets will be higher than it is now, ”Zadornov explained.

According to Alexander Razuvaev, in the spring many Russian companies will start paying dividends.

Against this background, international investment funds will more actively buy rubles for the further purchase of shares on the Moscow Exchange.

This state of affairs should provide additional support to the national currency, the expert is sure.

According to him, in these conditions during the spring the dollar exchange rate will fluctuate in the range of 72-75 rubles, and the euro rate - around 88-91 rubles.

According to the analyst, in the next three months the indicators will remain at the levels of 72.5-76.5 rubles per dollar and 88-92 rubles per euro.