Care conditions must undoubtedly improve in order to meet the shortage of skilled workers. But to extend the collective agreement for elderly care to all employment relationships in the industry, as Labor Minister Heil is planning, would have bad side effects. 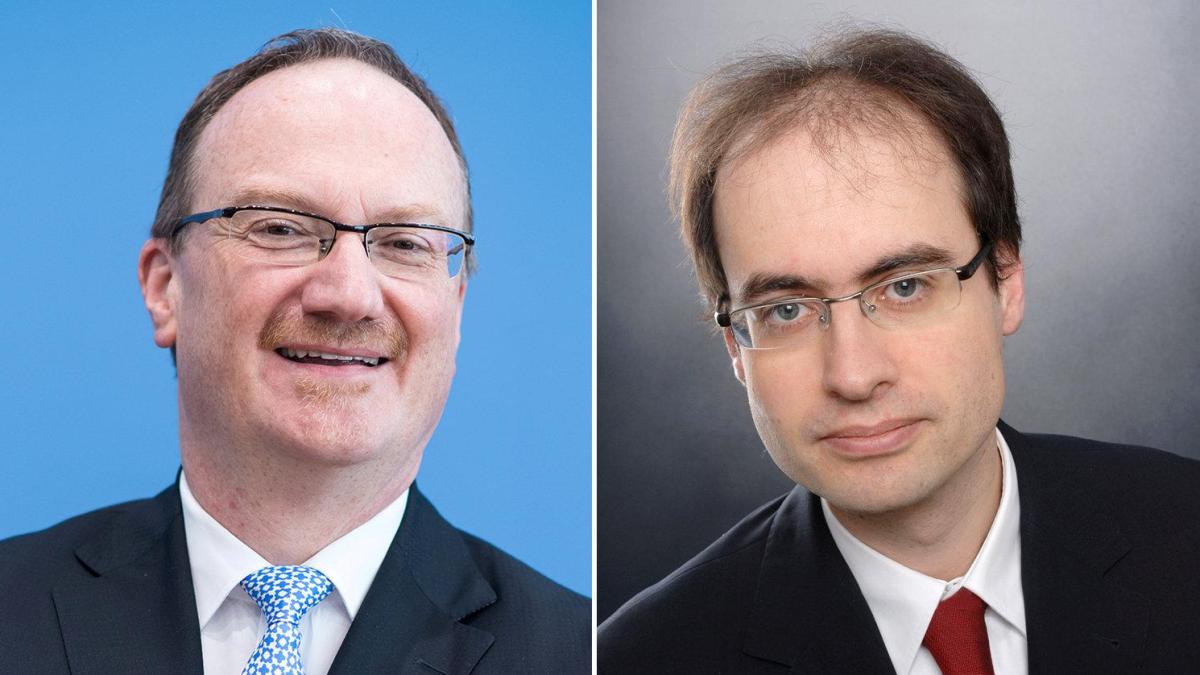 In view of the current challenges posed by the corona pandemic, little attention is paid to a development that threatens the constitutionally granted collective bargaining autonomy.

Federal Labor Minister Hubertus Heil intends to extend the "collective agreement for elderly care" between the employers' association BVAP and the Ver.di trade union to all employment relationships in the care sector by means of a statutory ordinance in accordance with Section 7a of the Posted Workers Act.

And the collective agreement has it all: A wage increase of 25 percent in the next two and a half years is in the room.

In addition, there are other agreements that worsen the financial situation of the old people's and nursing homes, such as vacation arrangements.

The burdens in the care industry are high, the remuneration is low

In fact, the conditions in nursing must improve, if only because the shortage of skilled workers will otherwise worsen considerably.

The need for nursing staff is already high.

The burdens for those employed in geriatric care - physically and mentally - are enormous, and the remuneration is relatively low.

This leads to less interest among young people in the elderly care profession.

In addition, the shortage of skilled workers in the health sector continues, particularly in hospitals, which are therefore trying to attract nursing staff from the elderly with better conditions.

The shortage of skilled workers alone therefore inevitably leads to a stronger dynamic in wage and salary developments than in other parts of the labor market.

One could therefore accept the extension of this care wage agreement as logical, even characterize it as a far-sighted labor market policy of the Federal Minister of Labor.

Nevertheless, this is not without consequences for public finances.

The SPV is currently still designed as a partially comprehensive insurance.

This means that the residents of the retirement and nursing homes or their relatives have to bear a considerable part of the additional costs.

Many will not be able to afford this and will either have to look after their relatives at home themselves or through independent private care providers.

In the past, the latter was not infrequently replaced by illegal work.

If relatives stay at home, they are not available for the labor market and thus contribute to the worsening of the general shortage of skilled workers.

For his part, the Federal Minister of Health is planning to move away from the concept of partially comprehensive insurance in the SPV, so that the insured or their relatives only pay a deductible, but the excess amount of care costs is covered by the SPV.

This leads to a considerable cost dynamic for the SPV at the wrong time, namely just before the intensification of demographic change.

Even so, there could still be serenity.

The shortage of skilled workers leads to higher wages and this requires a certain willingness to pay - private and social.

The case of the “collective agreement for geriatric care” makes one sit up and take notice on another level: Here, a union that represents only a small fraction of employees in geriatric care and a smaller subset of employers would ultimately be able to set the conditions in an entire industry .

This contradicts the basic idea of ​​collective bargaining autonomy.

Even with the statutory minimum wage, trade unions and employers, as representatives of their central associations, ultimately make an independent decision and thus uphold, at least in principle, the idea of ​​free regulation.

An extension of the “collective agreement for the elderly”, however, would enable a minority of employees and employers to dominate the entire industry.

The impression arises that the Federal Minister of Labor, in cooperation with the Ver.di union, wants to enforce a precise political idea about the right wages and salaries for the care sector.

After all: there has been a minimum wage in the care sector for a long time, and there is even a separate care wage commission and is provided for by law - incidentally, also in the Posted Workers Act.

This commission brings together representatives of various interest groups in the care sector, which is why it does not work with collective agreements, but makes a proposal to the Federal Minister of Labor on the level of minimum wages.

Against this background, there would have been no need for a further path for minimum wages for care through a collective agreement in the care sector.

Targeted government regulations are not always the best

However, the procedure of the nursing committee is complicated, because complex interests are included.

It is supposedly faster with a single collective agreement specifically agreed for rapid extension.

The possibility of extending tariffs in the care sector was only recently included in the law and it was immediately made clear that this would prevail over the commission solution.

The opposite is achieved, however: the more the state extends collective bargaining regulations to so-called outsiders, the less incentive there is for them to join a union, for example.

You get the collective bargaining rules that way.

You can then save yourself the union fee.

This also applies to Ver.di.

The autonomy of collective bargaining is thus further marginalized.

Instead of strengthening the collective agreement, the result is a weakening.

However, a collective agreement cannot be arbitrarily extended even through Section 7a of the Posted Workers Act, but only if there is a public interest in doing so.

The “collective agreement for the elderly” may still develop “charisma” in the future, but it does not have this at the moment

That is now a flexible term.

In legal terms, the Federal Minister of Labor has considerable discretion here, but it is not unlimited.

In any case, one has to think for a long time about whether a collective agreement, to which only very few employment relationships are bound by membership, can justify such a public interest.

The “collective agreement for the elderly” may still develop “charisma” in the future, but it does not have this at the moment.

In addition, there are other aspects: In the decision, it must be adjusted that the shortage of skilled workers almost automatically brings about the desired result of higher remuneration in elderly care.

Likewise, that the risk of migration to illegal work increases significantly.

Ultimately, however, this would not achieve a further goal of Section 7a of the Posted Workers Act, namely ensuring the quality of care services.

In any case, the decision of the Federal Minister of Labor, which can be reviewed by court, is not a sure-fire success.

However, the “collective agreement for the elderly” has not yet been extended.

The next step in the procedure is the joint extension application from Ver.di and BVAP.

If the extension procedure is generally quite complicated, there are other special features in the care sector compared to the other branches, because here a significant part of the facilities is church-sponsored.

The church employment relationships are fundamentally and constitutionally secured not bound to collective agreements.

A ministerial ordinance, even if it is based on a collective agreement, but yes.

Therefore, the application for wage extension requires the approval of the so-called labor law commissions in the church sector, which are made up of representatives of church employers and employees on an equal footing.

They (and not “the churches”) have a right of veto against the tariff extension.

The church commissions could, however, refer to the already existing minimum wage for nursing care and the overall commission solution - and at the same time do something good for collective bargaining autonomy.

ars P. Feld is Professor of Economic Policy at the University of Freiburg and head of the Walter Eucken Institute there.

Steffen Klumpp represents the chair for civil law, labor and social law at the Friedrich-Alexander-Universität Erlangen-Nürnberg