The EU gets its tax pillory, which Germany never wanted

The European Union wants large corporations to disclose where they make sales and profits - and how they save taxes. Germany has so far blocked the project. Now it looks like Berlin has been outwitted. The economy considers the project to be a serious mistake anyway. 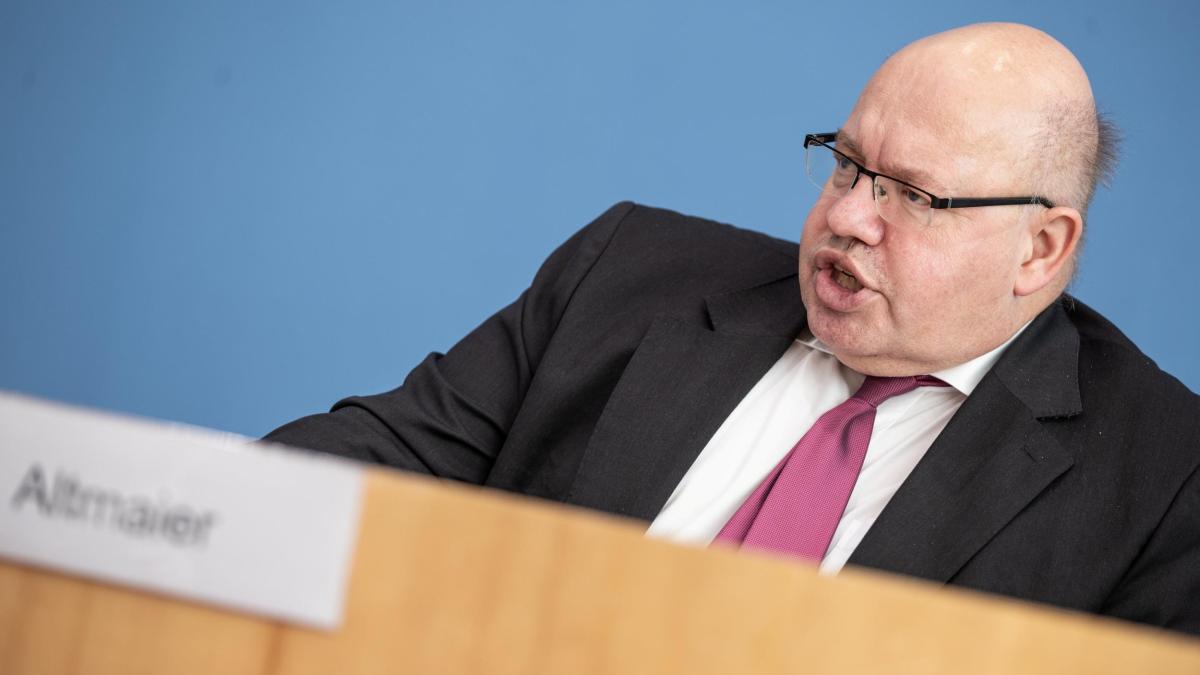 For large corporations that shift profits and sales around the world in order to save taxes, it could be uncomfortable in Europe in the future.

That is when the EU member states vote on Thursday to introduce new rules for large companies.

The agreement would also be a defeat for Federal Economics Minister Peter Altmaier (CDU), who has long resisted such rules.

A kind of European tax pillory is planned: in the future, it will be published for all citizens in which EU country international corporations with more than 750 million euros in sales make their profits and how much taxes they pay in the individual EU countries.

Starbucks, Amazon and Apple could also be affected

The aim is to make public which companies are transferring profits to tax havens or low-tax countries like the Netherlands, thereby depriving other national tax authorities of their income.

The requirements should also apply to companies from outside the EU if they do business in the Union and have a branch.

For example, for Starbucks, Amazon and Apple.

The idea behind it: The database should build up so much public pressure on tax evaders and their home countries that companies change their practice and EU countries that have previously prevented common tax rules in the EU give up their blockade.

Low corporate taxes are part of the national business model for countries such as the Netherlands, Ireland and Malta.

“We don't have fair competition in the tax area,” complains Sven Giegold.

The Greens MP in the European Parliament has decisively pushed the initiative forward in recent years.

"Most companies pay reasonable taxes and a few not, and that is difficult to change because the tax havens on EU tax issues have so far blocked any reform because of the unanimity required."

In fact, all EU countries have to agree on new EU-wide rules on tax issues - after all, such decisions can have significant consequences for national finances.

However, the ministers responsible for competitiveness advise on the public, country-specific reporting obligations, and unanimity is not necessary among them.

The fact that this forum is negotiating the project is thanks to a trick made by the European Commission, which wrote the draft law.

Because it is about reporting obligations and not tax issues, the issue must be dealt with in the Forum for Competitiveness, the Commission, which is allowed to define such procedural paths, had given the law to the road.

Since then, the project has been stuck in the Brussels mill of laws.

The federal government also opposed the initiative to the end.

During the German Council Presidency, the project did not even appear on the agendas of the responsible bodies.

Only Portugal, which took over the task at the turn of the year, made the transparency initiative an issue again.

The result: the national ministers will discuss the initiative on Thursday, and it could then be adopted at the beginning of March.

For the federal government, Economics Minister Altmaier actually sits on the committee, but he will send his State Secretary Claudia Dörr-Voss to the video conference on Thursday.

That saves Altmaier embarrassment, because at the moment it looks as if the necessary majority for the project will come about.

However, the proponents cannot yet rely on this;

Last-minute deals are always there in Brussels.

The Federation of German Industries (BDI) protested, as did the European employers' association BusinessEurope.

The measures would deter investors, disclose trade secrets of European companies to competitors and damage relations with the US.

Even the German Foundation for Family Businesses, which large unlisted companies such as Dr.

A study by the Center for European Economic Research (ZEW) on behalf of the foundation comes to the conclusion that the confidential exchange of financial data between the tax authorities of different countries, which is already practiced, works and ensures that more taxes are paid.

It is not necessary to make this exchanged data public.

The OECD is also warning of the plans.

The club of predominantly wealthy industrialized countries has already achieved confidential "Country by Country Reporting" between the tax authorities in years of negotiations.

States outside of Europe have made it clear in the past that they see public reporting obligations for information that are practically identical to the information exchanged as a possible violation of the existing agreements.

If the tax authorities therefore stop sharing their information, transparency will even be lost.