Hundreds of millions of wages'coin Danta live broadcast' I saw 100,000 people, what can I do?

Recently, as the price of bitcoin continues to rise, more and more people are looking for big money and investing in cryptocurrency. An internet broadcast that repeats the so-called single-tapping sale, which buys virtual currency and sells it shortly afterwards, was watched by as many as 100,000 people. 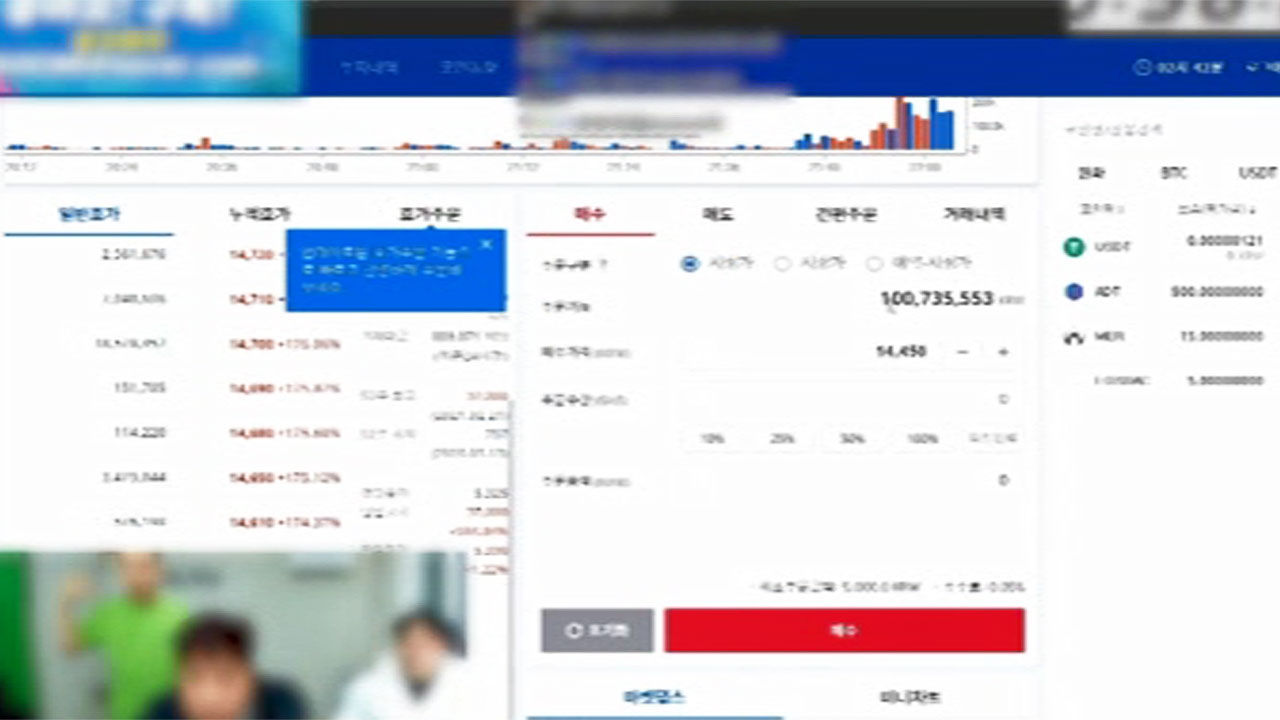 price of bitcoin continues to rise recently, more and more people are investing in cryptocurrency for big money.

An internet broadcast that repeats the so-called single-tapping sale, which buys virtual currency and sells it shortly afterwards, was watched by as many as 100,000 people.

In that broadcast, they bought up to 200 million won worth at a time, but reporter Hwa Gang-yoon first tells the situation of the virtual currency market that has changed like a gambling board as the price soared.

I buy from tens of millions of won to as many as 200 million won at a time, but after making money in an instant,

Over 100,000 netizens watched the broadcast.

Although the host told me, "Don't imitate BJ," some netizens expressed their intention to imitate trade, and certain stocks where BJ lived sharply.

[Broadcast viewers: At the level of gambling, it wasn't'this has a prospect, it's good', but rather'your name is pretty'.

Then people get in sync again and buy together.

When this BJ sells, another person loses at the price that fell.] It is

a trading site that is like a gambling board, but it is not subject to any restrictions.

The Korea Communications Standards Commission is also in the position that the financial authorities must first make a legal decision to take action on the content.

What's worth in this, rather than something like,'Oh, did he make money right now?

next year, if you make a profit from your virtual currency investment, 20% of the remaining amount will be collected as tax after subtracting 2.5 million won from the profit.