Agthia’s Board Approves the Acquisition of “Al Nabeel Food Industries”

Agthia Group announced yesterday its board of directors meeting and its approval of the acquisition of the majority stake in the "Al-Nabeel Food Industries", after obtaining specific regulatory approvals. 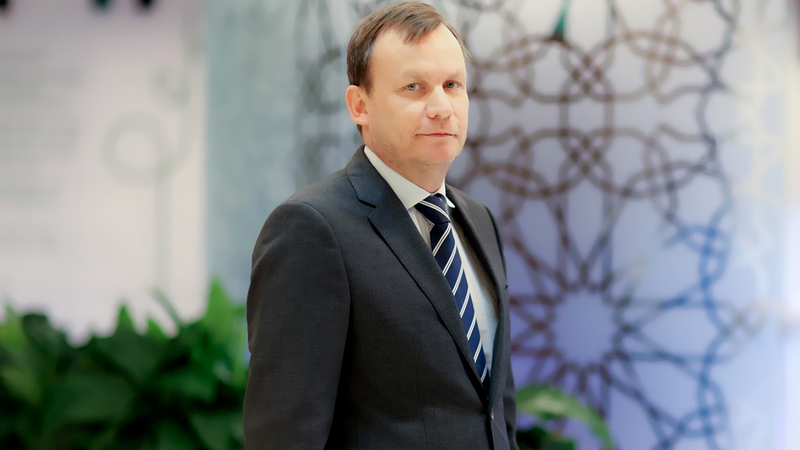 Agthia’s Board Approves the Acquisition of “Al Nabeel Food Industries”

Alan Smith: "The new acquisition will be an essential part of the group's growth plan and will contribute to expanding its business regionally."

Agthia Group announced yesterday its board of directors meeting and its approval of the acquisition of a majority stake in Al-Nabeel Food Industries, after obtaining specific regulatory approvals.

Al-Nabil Food Industries is one of the leading regional companies in the field of frozen and chilled foods, and its products are distributed in more than 20 markets.

In a statement, Agthia stated that after obtaining the necessary additional regulatory approvals, the Group’s Board of Directors will convene a general assembly, where the shareholders will vote on the acquisition of “Al Nabeel Food Industries”. This acquisition constitutes a starting point for Agthia Group in the sector. Growing Frozen Foods, via an established brand with a proven track record of growth and success over more than 75 years

The CEO of Agthia Group, Alan Smith, said that “meeting and calling the board of directors to hold a general assembly upon obtaining the necessary additional approvals are two major steps in the process of the acquisition of (Al Nabeel Food Industries),” indicating that the new acquisition is a deal A strategy that will place Agthia at the forefront of a promising and rapidly growing sector, and will contribute to expanding the group's product base and establishing its position as a leading regional player in the field of consumer goods.

He added, "This acquisition will be an essential part of the group's growth plan, as it will contribute to expanding the group's regional business, especially by establishing a strong presence in the Jordanian market for the first time. It will also strengthen the group's asset base and sources of income, which will be reflected in the group's financial performance and profitability." .

Smith explained that after obtaining the approval of the shareholders and the approval of other regulators, Agthia will acquire an 80% stake in Al Nabeel Food Industries, which includes the acquisition of a 60% stake in the Holding Company (ADQ), through a transferable instrument, in addition to A 20% stake will be acquired by Agthia from "Ideal Holding Limited" in exchange for a cash payment.

And he indicated that the fixed price at which the instrument will be converted into shares in "Agthia" is 5.50 dirhams per share, so that the equity value of the 60% stake of "Al-Nabil Food Industries" is 394 million dirhams.

It is noteworthy that "Al-Nabeel Food Industries" has a local and international distribution network that includes more than 20 markets and a production capacity of 43 thousand tons annually, in addition to more than 600 products, which will allow Agthia Group to expand its product base and immediate access to new sources of income. .