Dubai International offers flights to 146 destinations around the world 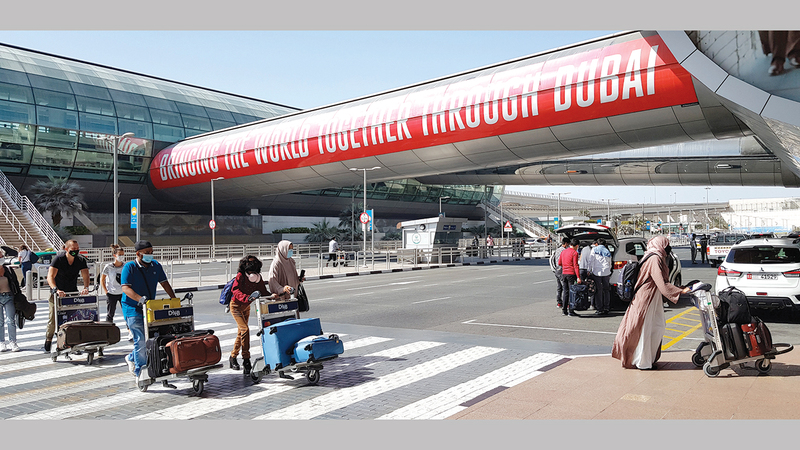 56 airlines resume operations at the airport

Dubai International offers flights to 146 destinations around the world

Dubai Airports confirmed that 56 passenger airlines have resumed their operations at Dubai International Airport, according to the latest data, indicating that the total number of destinations served by "Dubai International" has reached 146 international stations around the world.

The corporation stated to "Emirates Today" that Dubai International Airport has recovered about 63% of the global network of destinations it served before the pandemic of the new Corona virus (Covid-19), compared to 74% for the air carriers that have resumed their operations at the airport, according to the latest data. Available.

The total number of passengers at the airport during the year 2020 as a whole reached more than 26 million, while Dubai International recorded continuous growth since last May, after the closure period due to the "Covid-19" pandemic.

In turn, passenger traffic through the airport recorded during December 2020, its highest rate since the start of the pandemic, as the total number of passengers reached two million and 185 thousand and 540 passengers, compared to one million 585 thousand and 461 passengers in the previous November, with a growth rate of more than 37.8%.

Data issued by Emirates Airlines and Fly Dubai showed a continuous increase in the number of passenger destinations within the two carriers' network, with the implementation of air travel protocols that facilitate travel for UAE citizens, residents and tourists, while preserving the safety of visitors and communities.

According to the data, the total number of destinations within the network of the two companies currently stands at 164, including 114 destinations for Emirates Airlines, and 50 for flydubai, compared to 148 destinations around the world at the beginning of December 2020, with a growth rate of 10.8%.