The Governor of the UAE Central Bank, Abdul Hameed Muhammad Saeed Al-Ahmadi, expected a strong return to growth in the UAE's GDP in 2021, and called on the business community and banks to participate in a new era to start the investment cycle, and to work to increase the credit capacity, and support the customer 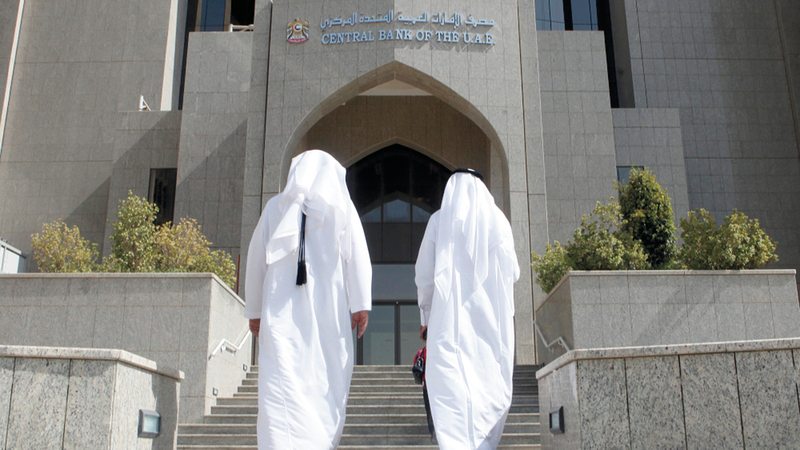 The Governor of the UAE Central Bank, Abdul Hamid Muhammad Saeed Al-Ahmadi, expects a strong return to growth in the UAE's GDP in 2021.

He called on the business community and banks to participate in a new era to start the investment cycle, work to increase credit capacity, support affected dealers, and formulate a different "road map" from the above.

Al-Ahmadi pointed to a number of very encouraging positive indicators, revealing that the Central Bank had received requests from banks at the end of 2020 to approve dividends of more than 15 billion dirhams, and approved them directly.

In detail, the Governor of the UAE Central Bank, Abdul Hamid Muhammad Saeed Al-Ahmadi, said that the year 2020 represented a period full of challenges and exceptions, the least to say of which is unprecedented, mainly represented by the "Covid-19" pandemic and its repercussions that affected companies, the government and private sectors, and everyone in general. .

He explained in a speech in which he reviewed the economic situation that the world and the UAE went through during 2020, and the future outlook, that while some viewed the situation as the end of the world, the UAE was undertaking business and looking forward to the future with more optimism, because there are many opportunities. Available within the global evolving system.

He added, “While we await the final figures for global GDP and the UAE’s GDP for 2020, it is expected that there will be a decline in the range of 3.5% and about 6%.

But the good news is that there is a state of optimism indicating the return of growth in 2021 », pointing to early signs of this growth in the late second half of 2020, with the return of the pace of recovery of global trade, and the disappearance of barriers to protection in movements.

He stressed that the positive performance of China, and the concerted efforts by governments around the world, mean that things are on the right path towards returning life to normal.

Al-Ahmadi affirmed that the financial data of banks and other financial institutions in the UAE for the year ending December 31, 2020 is very encouraging, and shows the flexibility that the banking system has built over time, as the total assets, deposits and lending of the banking system have increased, albeit slightly, and the adequacy rates Money is higher than the required levels (18.2% and the adequacy rate of the first tier of capital is 17.1%), while liquidity is 18.4%, with adequate and adequate levels of provisions, which means that banks and financial institutions in the UAE have shown solidity and steadfastness in facing the crisis.

He added, "The profits of some banks have witnessed a decline, but this is a natural result of an exceptional year, and the decline in profits is better than the desire to do ill-considered work that mainly affects the financial solvency of banks."

Al-Ahmadi affirmed that the UAE Central Bank had a fundamental role in stabilizing the monetary, financial and banking system in the country during the crisis, through rapid and timely intervention, through the targeted comprehensive economic support plan, and many other organizational facilities that provided the necessary support and helped banks to fulfill their role. More effectively and without pressure during very difficult and challenging times, pointing out that the UAE government has taken many successful measures to facilitate doing business and reduce fees and costs to ensure the continued momentum of commercial activity.

He said that benefiting from the targeted comprehensive economic support plan, which has now decreased to about 50% of the peak time, is a strong indication that banks are now gradually and smoothly returning to their capabilities and ability to manage their credit portfolios and define their future goals.

He continued: “At the end of 2020, the Central Bank received requests from banks to approve dividends of more than 15 billion dirhams, and after ensuring that those banks adhered to the supervisory requirements, the dividends were approved directly, which will provide cash liquidity in the market to shareholders. Whether they are governmental and private bodies and institutions or individuals, thus stimulating more investments and increasing the spending cycle in the country.

Al-Ahmadi expected a strong return to growth in the UAE's GDP in 2021, as the government continues to diversify the sources of the economy, provide more spending on infrastructure, and encourage private investment, a measure of growth and private employment.

He stressed that the UAE enjoys multiple natural resources, a government willing and able to stimulate economic activity, and a distinct demographic composition that brings together citizens and residents, both of which are challenging and determined to face the most difficult challenges.

Al-Ahmadi called on the business community and banks to participate in this new era to start the investment cycle, work to increase credit capacity, support affected dealers, and formulate a different "road map" from the above.

He said: “Banks and other financial institutions need to look at the current situation with a different thought, and reformulate their goals and strategies in line with the new world whose geopolitical features have been redefined, and in light of a global economy that is rapidly shifting to the use of digital technology in all its businesses, new business destinations and demanding consumers With the best services ».

The Governor of the Central Bank, Abdul Hamid Muhammad Saeed Al-Ahmadi, revealed a number of very encouraging positive indicators, at the end of December 2020, which were the gradual return of stock markets to normal, and there were also a number of bond and sukuk issuances with the return of activity in the capital markets.

While inflation remained in the negative range, there was more consumer confidence, and spending began to return to normal levels.

Signs of recovery in the fourth quarter of 2020 were also verified through a number of indicators that show the procurement index rising above 50 points, as well as an increase in employment rates in the country in December by 1.7% on a monthly basis, according to the wage protection system index issued by Central Bank.

In turn, property sales prices, which were off for some, showed an increase on a monthly basis in terms of valuations and rental yields.

The Central Bank expects a strong return to GDP growth in 2021.

The banks' financial statements for the year ending December 31, 2020 are very encouraging.