To prevent takeaway riders from "streaking" outside of social security, the state is ready to make a big move! 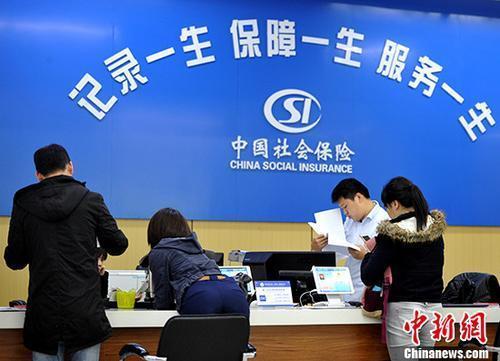 Fortunately, the country is ready to make a big move.

Social security is a common concern for flexible employees such as takeaway riders.

Some incidents that have occurred in recent times have highlighted the lack of protection for takeaway riders.

The 43-year-old takeaway rider Han died suddenly while delivering meals, but Ele.me initially responded that he provided 2,000 yuan for humanitarian purposes, while the rest were mainly paid by insurance companies.

After the incident, Ele.me finally announced a pension of 600,000 yuan, and admitted that "the insurance structure of crowdsourcing knights is unreasonable and the amount of insurance is still insufficient."

"More than 60% of takeaway riders do not have social security" has also recently appeared on the hot search.

According to media reports, a survey conducted by Sun Ping, an assistant researcher at the Institute of Journalism and Communication of the Chinese Academy of Social Sciences and his team in Beijing in November 2020, showed that more than 60% of the interviewed takeaway riders did not have social insurance.

Riders with social insurance are mostly part-time jobs, either paid by the original unit or paid by the rider.

It is difficult to identify both parties as a labor relationship

From the website of the Ministry of Human Resources and Social Security.

In its reply, the Ministry of Human Resources and Social Security stated that most of the new employment forms of employees take orders through the platform to undertake work tasks independently, with low entry and exit thresholds and relatively free working hours. The labor income is directly divided from the fees paid by consumers. The relationship is different from the traditional "enterprise + employee" model, which makes it difficult for new employment forms to be included in the scope of the current labor laws and regulations. The specific manifestations are insufficient labor rights protection and limited social security coverage.

Relevant financial rewards are issued, but the rewards of this type of capital are not salary, and are not equivalent to approving the labor or employment relationship with Hummingbird crowdsourcing.

Ele.me said that in the current crowdsourcing service contract, the crowdsourcing rider will pay a service fee of 3 yuan before running the order, which will be collected by the Ele.me platform, and the Ele.me platform will pay another part of the fee and hand it over to the rider. The human resource provider he serves entrusts it to provide services such as labor management and safety protection for the crowdsourcing knight, and it is agreed that the human resource provider will insure the knight in accident insurance.

Through a "matching service" agreement, the relationship between the two parties is designed as a non-labor relationship, which not only greatly reduces the responsibility and cost of the platform, but also in the event of an accident, the platform can often stay out of the matter. For the rider, the work injury insurance is lacking and is The media likened it to the invisible "deep valley" behind him.

Data map: The takeaway boy delivers meals in the snow.

How to solve the above-mentioned problems faced by flexible employees such as takeaway riders?

Can the relationship between platform companies and flexible employees be recognized as labor relations?

In response to this, the Ministry of Human Resources and Social Security pointed out in its response to Recommendation No. 6158 of the Third Session of the Thirteenth National People's Congress that my country's platform economy is developing rapidly and labor employment methods are constantly changing.

If we simply identify the flexible employment relationship between platform companies and new employment forms of workers as labor relations and include them in the scope of the current labor security law adjustments, it will greatly increase platform corporate responsibilities, which is not conducive to the development of new economic and new forms of business, and it is not conducive to the absorption of flexibility. Employment of employees.

After preliminary research and demonstration, the occupational injury protection model is initially proposed. Based on in-depth listening to the opinions of all parties and building a greater consensus, it is planned to steadily advance related work in accordance with the idea of ​​first trial and then improvement.

" The Ministry of Human Resources and Social

The reporter noted that the Ministry of Human Resources and Social Security revealed at a press conference held on January 26 that the next step is to expand the coverage of work-related injury insurance.

Prior to this, the Central Committee of the Communist Party of China and the State Council issued the "Opinions on Accelerating the Improvement of the Socialist Market Economic System in the New Era" in May 2020, clearly launching a pilot program of occupational injury protection for employees in new business types.

The "Recommendations of the Central Committee of the Communist Party of China on Formulating the Fourteenth Five-Year Plan for National Economic and Social Development and the Long-Term Goals for 2035" also proposed to improve the social security system for flexible employees.

The takeaway riders are connected to the world's fireworks, and they can no longer be allowed to "running naked" outside of social security.