Real estate developers expect that this year will witness further decreases in rental prices for residential units, supported by the entry of thousands of new housing units to the market, and the internal movement of tenants to take advantage of the reduced prices, noting that landlords are expected to give up 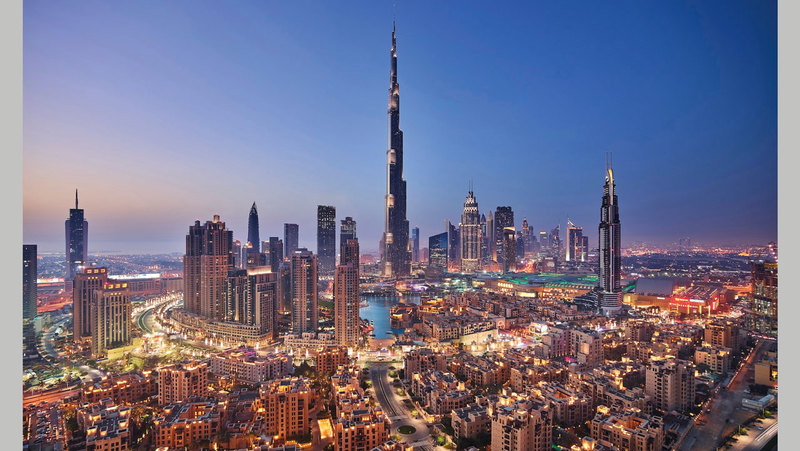 Real estate developers expect that this year will witness further decreases in rental prices for residential units, supported by the entry of thousands of new housing units to the market, and the internal movement of tenants to benefit from the reduced prices, noting that landlords are expected to give up their attachment to high rental values.

They stated that the beginning of 2021 witnessed indications of an increase in value-added offers in the field of residential rentals in various regions in Dubai and Sharjah.

They indicated to "Emirates Today" that the most prominent of these offers included granting tenants free periods ranging from one to two months, in addition to free parking, ratification of rental contracts, exemption from commission or furniture transfer upon lease.

In addition, Emirates Today monitored, through a reading of the most important real estate search engines in the country, the existence of good offers in the rental sector since the beginning of the year, as the average room and hall in some areas of Dubai, including Dubai South, ranged between 27 and 30 thousand dirhams, as well. The same average was recorded in several areas, including "Masaken Neshama", "Jumeirah Circle", and some nearby projects.

In the "Town Square" area, the prices for a room ranged between 29 and 30 thousand dirhams.

In the village of "Jumeirah Circle", the rental values ​​of the room and hall were recorded at 30 thousand dirhams.

In Al Warqaa, the average prices for a room and a hall are 30,000 dirhams.

While the average rent for two-bedroom apartments in the same area is around 62 thousand dirhams annually.

The old areas, such as Deira, are the most popular for rent according to monitoring, but they varied in terms of average rents, with the average rent for a studio in the Al-Raqqa region 34,000 dirhams annually.

In the regions of Qlaiaa, Qasimia, and Abu Shagara, it ranged between 16 and 22 thousand dirhams.

The average price of two rooms and a lounge in the cooperation area is between 25 and 36 thousand dirhams.

For his part, Chris Hobden, head of strategic consulting at Chestertons Middle East and North Africa, predicted that "we will witness slight declines in average rents this year, with continued completion and delivery of housing units, which are likely to hinder market performance."

In turn, the CEO of "Harbor Real Estate", Muhannad Al-Wadia, said, "There is an expected decline in the rental sector prices in Dubai, but at a lower rate than last year, in conjunction with the entry of new units in the rental sector, in addition to the conviction of the owners of the need to reduce rents, in light of This competition between the old and new units ».

He expected the rental sector to recover in the second half of this year, coinciding with the completion of the vaccination of the population, and the beginning of the balance of supply and demand equation, as well as government incentives related to the ease of doing business in Dubai.

In the same context, Walid Al-Zarouni, president of W Capital real estate brokerage, considered that "the high competitiveness of granting value-added offers in the residential rental sector now is considered a positive reflection of market conditions, with internal transfers activity, to take advantage of the price correction."

He pointed out that «the beginning of this year witnessed indicators of relative stability in rental prices, and it is expected that they will continue until the end of the year», pointing out that «the competitiveness of offers brings many benefits to tenants and companies, especially with their focus on granting a month or two and free parking or exemption From the commission, and some offer offers to authenticate lease contracts.

In addition, Fouad Jassim, director of Manarat Al-Shati Real Estate Company, said that “a large number of companies are currently competing in offering expanded value-added offers to tenants, ranging from one to two months free of charge, or ratification of contracts and the granting of free parking, and some offer offers to move furniture. When renting ”, pointing out that“ the expansion of companies offering offers comes with the resort of most of them to fixing the rental value, and competition through these offers to attract tenants. ”

He added that «indicators of relative stability in rental prices of residential units, which have appeared remarkably in most areas in Sharjah, for example, and especially in the most sought-after areas, such as Al-Khan, Al-Ta'awon, Al-Nahda and Al-Buhaira Corniche, since the beginning of this year, and is expected to continue until the end of In general, with most regions recording various price correction indicators during the past year, especially in light of the circumstances and changes imposed by the (Corona) pandemic.

Jasim pointed out that "the most competitive offers granted to tenants are concentrated in relatively old buildings, which in turn have witnessed greater correction indicators than modern buildings."

The CEO of Al Somme Real Estate Company, Sufyan Al Salamat, said that “the relative stability in residential rental prices, according to initial indications, is expected to witness a continuation over the past year, but with the continued expansion of a number of companies offering additional offers such as one or two months grants. Free of charge and parking, or some offers that appear from time to time to authenticate contracts ».

The real estate consultant, Saleh Tabakh, said that “market studies indicate that the rate of decline in rental prices for apartments and residential villas in Dubai ranged between 15 and 20% during the past year,” expecting that the decline will continue this year, coinciding with the entry of thousands of housing units expected to be delivered within The year.

The real estate broker, Magdy Abdel Aziz, considered that «the spread of competitiveness in the offers offered to tenants, such as giving them a month or two and free parking, certifying contracts or moving furniture when renting, comes with the desire of a large number of companies to maintain the relative stability of rental prices, and at the same time offering offers Competitive to attract tenants, which reflected positively on the markets, especially with the fact that these offers come in light of the activity of internal transfers, with a large number of tenants trying to take advantage of the low price limits.

He added that «the indicators of relative stability of rental prices are expected to continue during the current year, with the exception of some buildings that did not apply price correction processes during the past year, or were applied in limited rates that are not commensurate with the price indicators in the markets, thus exposing them to the possibility of applying price correction processes, to keep pace with Indicators of supply and demand in the markets, which are considered positive and healthy factors for the sector.

Old areas of Dubai, such as Deira, are the most popular for rent.