Now completes shipment of 255,000 tons of commercial cargo in wooden vessels by the end of 2020

The Dubai Ports World Group culminated in its escalating efforts to develop trade in wooden ships through Dubai ports, with a new qualitative achievement achieved through the success of the "Now" smart platform for booking maritime cargo operations by wooden ships, which the group launched in 2019 to support the prosperity of Dubai's trade 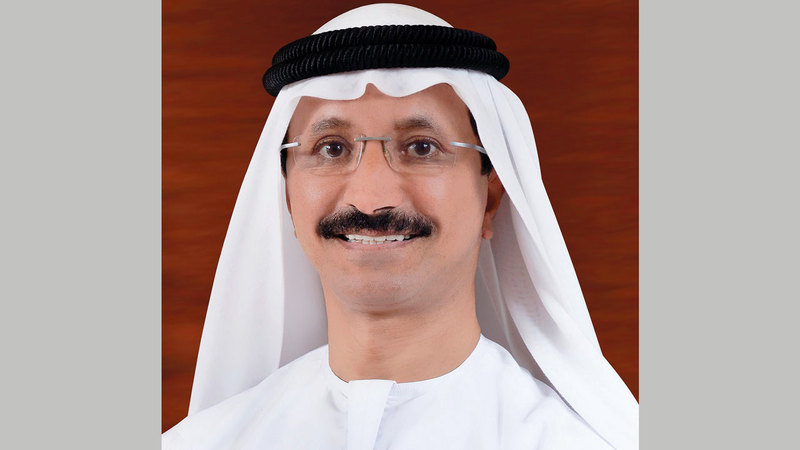 Dubai Ports developed it and 1,762 ships joined it

Now completes shipment of 255,000 tons of commercial cargo in wooden vessels by the end of 2020

Sultan Bin Sulayem: "Our strategy to develop the capabilities of Dubai as a global center for international trade includes working to develop the emirate's trade by means of wooden ships."

The Dubai Ports World Group culminated in its escalating efforts to develop trade in wooden vessels through Dubai ports, with a new qualitative achievement achieved through the success of the "Now" smart platform for booking maritime cargo operations by wooden ships, which the group launched in 2019 to support the prosperity of Dubai's foreign trade, through Activating maritime cargo traffic in wooden ships.

The total volume of cargo operations that were booked and executed through the "NOW" platform since its launch until the end of 2020, has reached more than 255,000 tons.

The platform was able to attract 1,762 wooden ships, which were registered in the smart electronic system of the “NOW” platform, which allows the ships registered in it to use the latest smart applications of information technology and artificial intelligence, to get immediate access to their customers from merchants and companies to contract with them to ship their goods without delay.

The success of the "NOW" smart platform in the intelligent electronic connection between wooden cargo ships, merchants and companies resulted in a rapid increase in the shipping operations that were carried out through the platform. The number increased in the fourth quarter of 2020 from 295 shipments in October, to 394 shipments in November, and it reaches 477 shipments in December.

In view of the great role of the exchange of goods using wooden ships, and its contributions to achieving diversification in Dubai's foreign trade, «Dubai Customs» provides the best customs services and facilities for trade transported by wooden ships. The department launched the “smart berth system”, which facilitates the mooring of commercial ships in Khor Dubai to unload and load goods using the latest smart applications for information technology and artificial intelligence.

This system enables the crews of commercial ships sailing across the Dubai Creek to complete all their customs transactions electronically, as the value of Dubai's foreign trade, which was transferred through the Dubai Creek during the 10 years from 2009 to 2018, amounted to more than 122 billion dirhams, and reached The volume of goods in trade across the Creek during these years was about 10.564 million tons.

These goods vary to include: textiles and fabrics, phones, air-conditioning, electrical appliances, and food.

The "NOW" platform has also supported facilitating the services and facilities provided by the General Directorate of Residency and Foreigners Affairs in Dubai to wooden ships upon their arrival and departure from the emirate's ports, through the database provided by the platform on the movement of wooden ships.

This traditional trade played a fundamental role in the renaissance and development of Dubai.

Therefore, we are working now to ensure that trade in wooden ships plays a vital role in the continuous expansion of Dubai's trade, to include all sectors and markets, with various regional and global ports, small and medium, in addition to the large ports with which our trade is constantly flourishing.

He added: “From this standpoint, the (NOW) smart platform developed and launched by (the group) is one of the basic technologies that we use to enable traditional commerce to efficiently benefit from the latest smart applications of information technology, so that through this platform we can organize the small ship shipping market to operate with mechanisms The new global marketplace ».

The Executive Director and General Manager of Dubai Ports World - UAE Region, Mohammed Al-Muallem said, “The continuous development of the smart platform (NOW) used to reserve sea freight operations transported by wooden ships enhances the capabilities of the sea ports designated for commercial shipping operations for the wooden ship sector, which comes within the framework of The comprehensive strategy that we apply in (DP World - UAE Region), to continuously improve port services and operations in the Emirate of Dubai, by adopting the latest technologies and applications, which ensure the preservation of our regional and global leadership in terms of port capabilities, and its vital role in serving global trade.