China News Service, January 29th. The Chinese New Year is approaching. Every holiday season is about to miss relatives, but the epidemic has not gone back. "Chinese New Year on the spot" is for a better reunion. Under the national advocacy of "Chinese New Year in situ", most netizens expressed their understanding, and some singles have "complex mood", saying that they may not be able to reunite 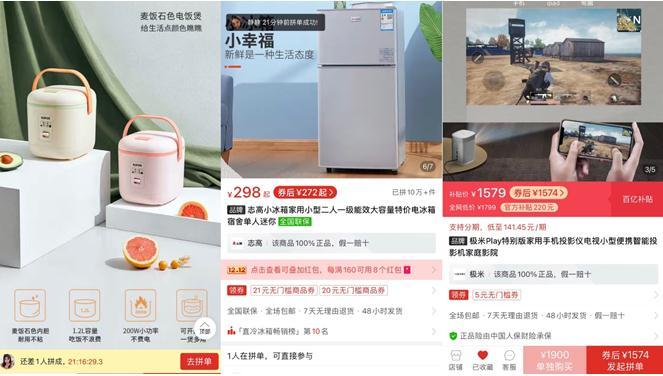 China News Service, January 29th. The Chinese New Year is approaching. Every holiday season is about to miss relatives, but the epidemic has not gone back. "Chinese New Year on the spot" is for a better reunion.

Under the national advocacy of "Chinese New Year in situ", most netizens expressed their understanding, and some singles have "complex mood", saying that they may not be able to reunite with their families during this year's holiday and have not had time to prepare for the "one person" Spring Festival.

Some people in the industry pointed out that the single economy is on the rise, which is in line with the growth trend of the single population in China.

In response to the needs of singles, real estate agency companies have developed small apartments of 25-40 square meters, which are exquisite and warm.

At the same time, "one-person use" home appliances and digital products began to enter the "single apartment."

On the eve of the Spring Festival, the mini refrigerators, portable projectors, small pulsator washing machines and other products on the Pinduoduo platform have been favored by singles. Some brands of single rice cookers and mini washing machines have sold more than 100,000 units.

The kitchen appliance market can clearly feel that in recent years, the demand for "a person to eat well" has become stronger.

Small home appliances represented by Midea, Joyoung, Supor, and Xiaoxiong have deployed the "single economy" market, and the successive explosive products on the Pinduoduo platform have shown great potential for market segmentation.

In the audio market, smart speakers are becoming the new favorites of singles, playing the role of life assistants during the Spring Festival, opening up Pinduoduo's tens of billions of subsidies area, Xiaodu smart speakers, Xiaomi Xiaoai speakers, and Huawei AI speakers are popular in the bedroom environment Style.

Pinduoduo saw the huge potential of the "single economy" and began to organize businesses to provide "single goodies" in addition to "family specials".

Especially this year’s “non-essential non-return home” has once again magnified the market demand during the Spring Festival. Merchants have made full preparations for this and actively stocked up. At present, a large number of electrical products have been launched on Pinduo’s multi-year goods festival. The platform has distributed 3 billion Offer red envelopes, make up popular products, and create the first shopping spree in the New Year.

The survey shows that single people need more companionship. Some of them shift their emotions to pets to solve the problem of pet hair removal that comes with raising cats and dogs. Sweeping robots have gradually become the single youth choice.

Driven by e-commerce platforms, such as Klinsmann, Puric, and Fengrui, these sweeping robot brands from Zhejiang, Shenzhen, and Dongguan have sprung up in front of consumers.

As a new face in the domestic market, most of Klinsmann’s products have been sold to developed countries in Europe and America in the past ten years. Under the background of the industry in which exports have been transferred to domestic sales in the past two years, new e-commerce companies such as Pinduoduo have seized the opportunity. The opportunity of "return", through the cooperation of explosive products, the brand began to quickly accumulate consumer awareness in the domestic market.

As the 5G and IoT trends begin to fall, the total market capacity of digital home appliances is expected to meet exponential growth, and new products will continue to be iterated under the "single economy".

Under the rapid development trajectory, C2M reverse customization will play a vital role.

Under the epidemic, the "single economy" relies on the platform to create explosive products

Nowadays, the digital and home appliance industries are still rapidly iterating. Miniaturization and multi-functionalization have become the focus of incremental goals. The large number of young consumers’ single economic needs for “one person use” and the demand for products in small living areas The demand for "fried and fried" all-rounders will be an important battlefield for brand competition.

In terms of consumer perception, merchants are continuing to explore the basic elements of "one-person use" explosive products on the Pinduoduo platform.

In the living environment where single people generally have little space, miniaturization of products is just what users need.

The second important thing is the performance of the product's multi-functionality. For example, some kitchen appliances have replaced traditional gas stoves and used the "super power" of frying, frying, cooking and frying to meet the needs of single people.

The convenience brought by intelligence can reduce the fatigue value of single people to a certain extent, such as spreading on the sofa and letting smart speakers do some basic information query work, or opening curtains with an order.

Appearance is also important. In addition to having an interesting soul, net celebrity home appliances must also have beautiful skins. This can be seen in products such as rice cookers and coffee machines.

"One-person use" products have gathered together to fight a lot. Searching shows that there are already a large number of products on the platform that meet the above consumer needs. The categories are very rich. With the support of Pinduoduo, Klinsmann and Kaiqin have become household brands.

Behind the 240 million singles, a new type of consumer culture has been established, and a large number of brands will emerge from the market in the future.

The single economy has become more mature after development in recent years, and the huge economic volume is bound to be an important segmentation target for e-commerce platforms in the future.

Pinduoduo, with 700 million active users, has attracted a large number of merchants to settle in, helping users to upgrade their consumer experience through tens of billions of subsidies, C2M reverse customization, etc., continue to provide good products and prices to the market, and promote the rapid rotation of the single economy flywheel.