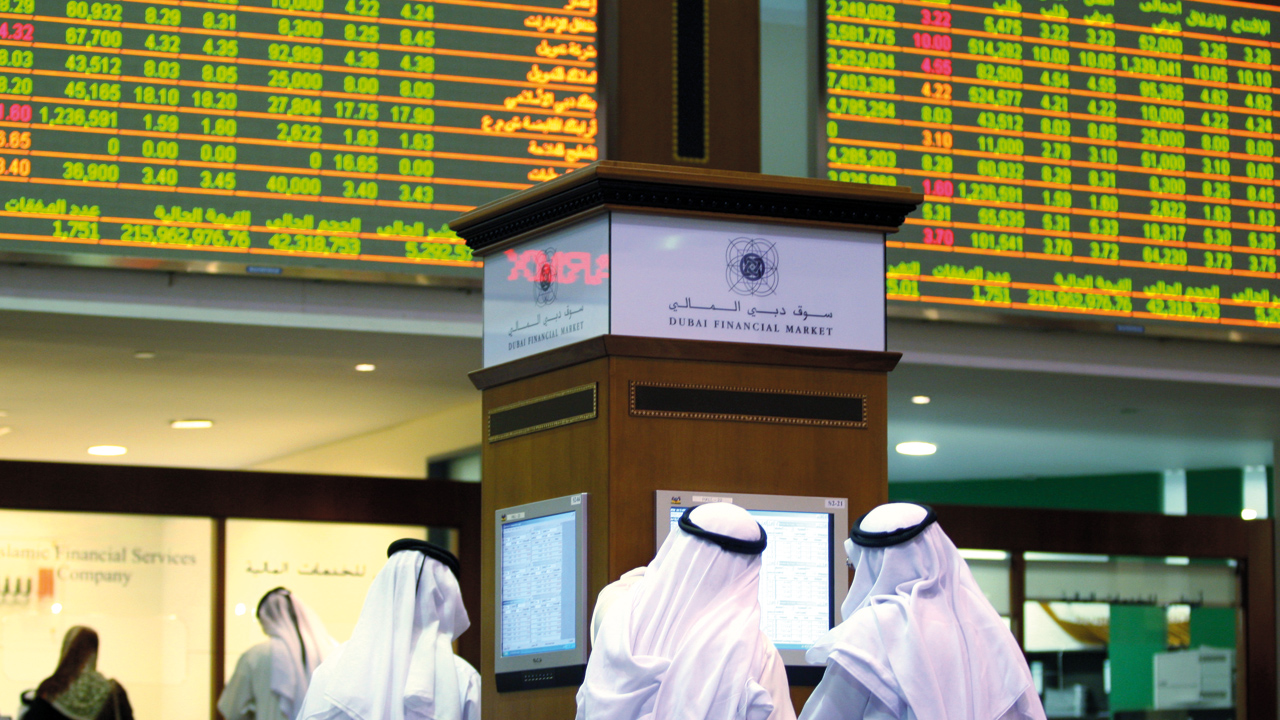 The markets witnessed mixed results during last week’s sessions, as the Dubai Financial Market declined by 1.4%, while the Abu Dhabi Stock Exchange rose slightly by 0.6%.

On the daily performance of the markets, the Dubai Financial Market closed down by 1.07% at 2697 points, with trades totaling 286 million dirhams.

Shares of 5 companies out of the 32 companies traded yesterday, while shares of 23 companies declined, and 4 companies remained steady.

Shares of "Emaar Properties" closed 1.8% lower at 3.8 dirhams, and in turnover of nearly 19 million shares, while the share of "Dubai Islamic" fell by 1.2% at AED 5.04, and trading exceeded 12 million shares.

The Abu Dhabi Stock Exchange closed yesterday, down by 0.35%, at 5642 points, with trades totaling 452 million dirhams.

Financial analyst Walid Al-Khatib said that the local markets witnessed pressure on the indicators to decline during the sessions of this week, and by the end of today's session, with the aim of reaping profits by investors, after the huge increases achieved by the market at the beginning of the month.

Al-Khatib indicated that in order for the market to maintain its gains that it has made since the beginning of the year, it must maintain a good level of liquidity.

He expected the profit-taking in the market to continue in the coming period with the continued announcement of the results of companies in the market, some of which were unexpected.