Boeing: The folding-wing jet problem is the next fiasco

Boeing reports the biggest loss in company history. After the drama of the 737Max models, there is the next costly problem. And now, of all times, the European rival Airbus is preparing for a historic triumph. 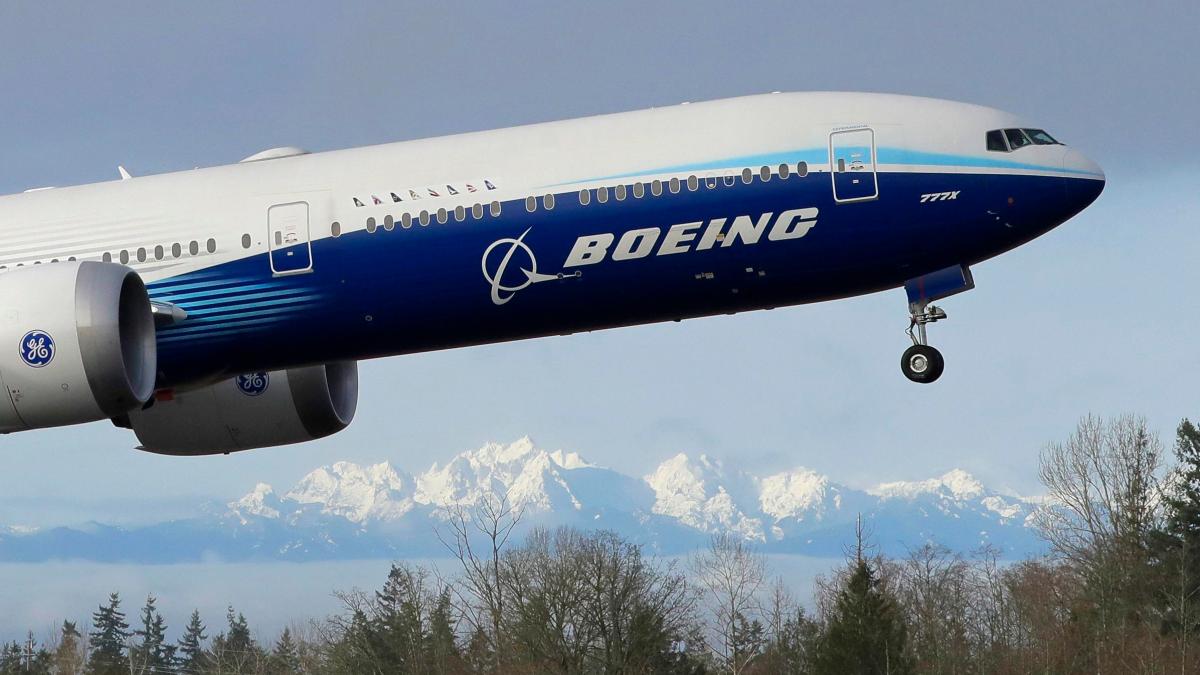 The company, which was founded a hundred years ago, closes 2020 with a loss of almost twelve billion dollars - a record.

In 2018, the former flagship company made a good ten billion dollars in profit.

But then a chain of low blows followed.

These include the two crashes of the 737Max model with a subsequent flight ban, the industry crisis caused by the corona pandemic and a fiasco about the large-capacity model 777X with folding wings at the ends of the wing.

Consolidated sales slumped by almost a quarter to a good $ 58 billion in 2020.

In addition to the serious homemade problems, there is an additional dilemma for Boeing.

Due to the corona pandemic with travel restrictions, many airlines are in trouble as customers and have no money for new orders.

In particular in the market for large-capacity models, i.e. aircraft with two gears in the fuselage for long-haul flights, experts expect a dry spell until 2024/2025.

Boeing saw itself in the lead in the wide-body jets ahead of Europe's long-term rival Airbus.

But the big planes are rarely ordered at the moment.

Delays in the large-capacity model

Boeing invested billions in its new large-capacity model 777X, a further development of the successful model 777. Lufthansa was one of the first-time orders in 2013. However, there were several delays in the project.

The planned first delivery to customers was delayed more and more.

Lufthansa should certainly not wait that long and choose a different model for its new business class premiere.

Boeing cites the complex approval regulations of the safety authorities as one reason for the recent 777X delays.

Group boss David Calhoun knows that he will no longer get this aircraft approved by the regulatory authorities as easily as the 737Max model.

“Based on what we learned from recertifying the 737MAX, we've invested more time in the 777X.

It will be a little more expensive and take more time to get certified, ”said the Boeing boss shortly after the figures were published.

Europe's supervisory authority EASA has also announced that in the future it will no longer practically simply copy the flight permits issued by the US FAA for Europe, but will take a closer look.

This is a consequence of the deception of the FAA by Boeing in the approval of the accident model 737Max with its special flight software, which has since been revised.

According to the FAA, on the day of the Boeing horror figures, EASA also released the 737Max for passenger flights in Europe.

But all pilots have to be specially trained in the simulator beforehand.

The Boeing record loss of 11.9 billion dollars is made up of various building blocks that refer to the different problem areas of the group.

Numerous problems in the space industry are also known.

Analysts speak of a major cleaning in the balance sheet and changed accounting rules as the reason for the high 777X loads.

Boeing is more cautious than Airbus when it comes to production for 2021.

Only at the beginning of next year are 31 new 737Maxs to be produced every month and the new 773Max parked to be delivered beforehand.

For comparison: Airbus plans to produce around 43 to 45 units from its 320 model family from the second half of 2021.

Airbus has already beaten Boeing by a long way in terms of deliveries and new orders in fiscal year 2020.

Europe's aircraft manufacturer will present its business figures on February 2nd and then further key figures will be known.

Leading analysts assume that Airbus will do significantly better economically than its US rival.

The analysts of the major Swiss bank UBS estimate the Airbus group turnover for 2020 at 50.8 billion euros - that would be the equivalent of a good 61 billion dollars, albeit with a loss of 1.24 billion euros.

If the magnitude of sales is confirmed, Airbus would be bigger than Boeing for the first time in aviation history, it would generate more revenue and produce and deliver more aircraft.

It would be a historic triumph.