Hotels in the UAE market have offered promotional offers intended for residents of the country, including accommodation and restaurant prices, as well as entertainment facilities, and discounts of up to 40%, as part of the sector revitalization, while a large part of promotional offers that target families are applied in the first place. 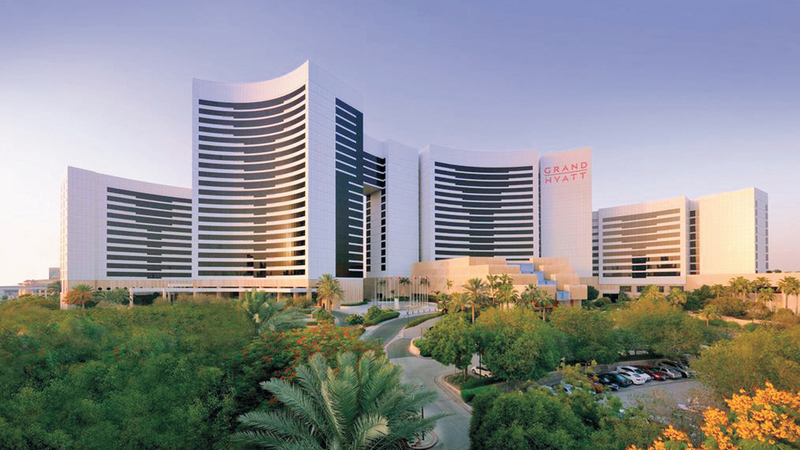 Hotels in the UAE market have offered promotional offers intended for residents of the country, including prices for accommodation and restaurants, as well as entertainment facilities, and discounts of up to 40%, as part of the revitalization of the sector, while a large part of promotional offers targeting families in the first class will be valid until the beginning of next March .

Hotel officials told "Emirates Today" that the share of domestic tourism from hotel occupancy levels increased during this January, compared to December 2020, especially after the end of the holiday season, pointing out that the hotel market is still recording strong occupancy levels despite the current conditions and changing travel restrictions.

In detail, the regional director of "Hyatt Hotels Group" in Dubai, General Manager of the Grand Hyatt Hotel, Fathi Khojaly, said that the group's hotels achieved strong results during December 2020, with the support of international tourism in the first place, pointing out that the group's facilities include hotels and hotel apartments. In Dubai, the 17 establishments, still record strong occupancy levels of 95% in some, and ranged between 80 and 90% in some others, while the lowest rate was recorded reached 55%.

Khojaly added: “During this January we achieved a growth of between 7 and 10% in terms of revenues that we targeted at the beginning of the month, which are very strong indicators in light of the current circumstances,” noting that one of the group's hotels achieved revenues that exceeded those recorded in January 2020. .

He stated that up to 50% of the group's hotel guests are international visitors, especially those who resorted to extending their holidays for up to three weeks for some, indicating that the share of domestic tourism from occupancy levels increased in turn during this January compared to December 2020. He expected That the domestic tourism movement plays a major role in revitalizing the hotel sector.

Khojaly continued: “Prices have been reviewed and offers dedicated to domestic tourism have been presented during the current period in the context of encouraging accommodation and benefiting from the services provided by hotel establishments,” noting that the hotel sector in the country is characterized by flexibility to adapt to different circumstances.

In addition, Haitham Omar, General Manager of Al Jaddaf Rotana Hotel, said that the hotel market continues to record good occupancy rates during the current period, pointing out that after the first week of this January, we have witnessed a period of relative calm in terms of international visitors, which is normal for Similar to past years and occurs in all international markets.

He added that the occupancy levels witnessed an increase with the support of domestic tourism in the first place, as of mid-January, and they constitute about 80% of the occupancy rates currently, explaining that the hotel has offered packages and offers on prices intended for this category, whether for long stays or weekend offers, In coordination with the shopping centers, for discounts or theme parks.

In turn, the CEO of the Hotel «Palazzo Versace Dubai» and the founder of the «Palazzo Hospitality Company», Munther Darwish, said that the hotel establishments are currently focusing on domestic tourism in the first place after the end of the holiday season, pointing out that occupancy rates are still good despite the current circumstances, Especially during the weekends.

Darwish stated that the hotel market has offered many promotional offers for internal visitors, pointing out that the hotel offers include discounts of 30% on the prices of accommodation and meals, with the possibility of taking advantage of another offer that has been activated as of January 15, and allows reservations now, and take advantage of it Over a period of six months at the time the customer deems appropriate.

Darwish stressed that the domestic tourism offers have proven their worth during the first months of the "Covid-19" pandemic, and we expect good levels of demand during the coming period, and that international tourism will recover at greater rates during next February.

In the same context, Medhat Barsoum, General Manager of the Capitol Dubai Hotel, said that international travel restrictions around the world directly affect the movement of international visitors in all markets, pointing out that occupancy levels of domestic tourism have witnessed a growth in hotels in recent days compared to tourists. International.

Barsoum added that hotels receive reservations from the international tourism movement, especially some markets in the Middle East, Asia and other markets at lower rates, indicating that most hotel establishments have resorted during the current period to offering promotional offers for domestic tourism in order to revitalize the sector, pointing out that the offers include discounts Accommodation prices range from 25-30% according to the room category, as well as discounts on the food and beverage sector, which constitute an important part of hotel revenues.

Occupancy rates are at good levels

The CEO of "Time Hotels Group", Mohamed Awadallah, said that occupancy rates are currently at good levels, but they vary from one hotel to another according to the facility's location, indicating that the occupancy rate reaches 91% in hotel facilities, but it is declining to about 40 and 50. % In other establishments.

Awadallah stated that the group's hotels have offered a set of promotional offers intended for state residents, providing discounts of 30% on hotel room rates, including meals, pointing out that the offers significantly contribute to stimulating tourism at various times.

The STR Foundation, which specializes in hotel research, said that the performance of hotel establishments operating in the UAE market at the end of 2020 approached levels before the "Covid-19" epidemic, noting that the hotel occupancy rate during the whole of December 2020 reached 67.4%. .

In a monthly report obtained by Emirates Today, the Foundation stated that in addition to hotel occupancy, the revenues of the available room amounted to (371.24 dirhams), which is the highest in the country since February 2020, noting that the UAE has achieved performance levels that surpassed many tourist markets. In Europe and Asia.

The corporation said that hotels in both the Middle East and Africa regions recorded the lowest levels of occupancy and revenue, according to end-of-2020 data.

Hotel groups have offered promotional offers on accommodation for UAE citizens and residents, with discounts ranging between 25 and 40% on room rates including breakfast, and a 20% discount on food and beverages throughout the stay in selected restaurants with free dinners for children, and accessibility To the serviced beach facilities, and take advantage of free entry to water parks and theme parks in case of reservation for more than one night.

A large part of the promotional offers will be valid until the beginning of next March, and some reservations also allow for cash rewards that can be used to extend the stay or in restaurants or spa facilities, provided that the reservation is made through the hotel’s website directly, and a large part of the offers have been allocated to families. Specifically, with the opportunity to win rewards through loyalty programs.

The relative calm in international visitor traffic is a natural occurrence in all markets.