A rocket from Elon Musk's space company SpaceX carried 143 satellites into space at once - a new record. The Berlin start-up Exolaunch played a key role with its “Zeitgeist” fellow fliers. Nowhere else is the path to space so cheap. 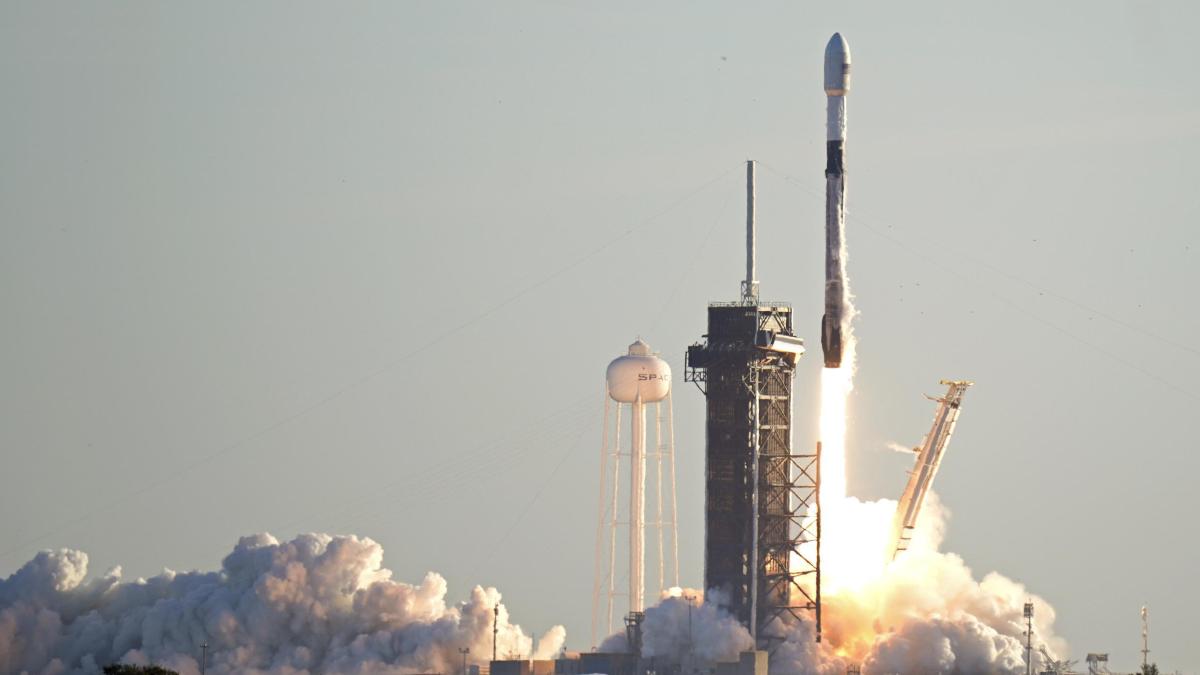 Dmitriy Bogdanov chooses an earthly example to describe the special thing about the launch of a rocket by the technology entrepreneur Elon Musk on Sunday - 143 satellites were on board, a new world record.

The missions of this kind can be compared to a bus trip, where many small satellites can be accommodated in a rocket, says the head of the Berlin company Exolaunch.

The company that emerged from the Technical University of Berlin has developed into the leading service provider for the transport of small satellites into space.

In addition to the so-called bus rides, there are also individual taxi rides on small rockets, says Bogdanov.

Precisely in the flight path and without a long waiting period until take-off, but more expensive.

The Falcon rocket that has now been launched was the first mission of the space company SpaceX specifically designed for ride-sharing for small satellites.

Musk packed the rocket full and boldly called it "Transporter 1".

Small satellites are the future market

Another ten satellites for its global Internet from the space project Starlink were launched into space.

In addition, 133 small satellites, including models from Germany.

SpaceX drummed out competitive prices for its flight model.

Small satellites are seen as the industry's future market.

The Berlin company Exolaunch plays a key role in the SpaceX record mission.

As a service provider, it alone contributes 30 small satellites from companies, the German Aerospace Center and a university.

The particular challenge is a special adapter in order to make optimal use of the limited space in the rocket and to position the 30 satellites with a total weight of around 500 kg safely in space at an altitude of around 550 kilometers.

The Berlin-based company, which was founded ten years ago, has never launched more satellites into space at once.

Before the current mission, there were already 110 copies.

"Nobody used to want to talk to us"

Like a kind of space travel agency, Exolaunch was already providing its customers with flight opportunities on various rockets.

From SpaceX to Russia's Soyuz to the small rocket Electron.

From a bus trip to an individual taxi trip, so to speak.

The start-up from Berlin has made a name for itself in the industry.

"That should describe the new situation in the space industry", says the 42-year-old ex-student at the TU Berlin.

Years ago it was hardly possible to find launch opportunities for small satellites.

That is now changing with the worldwide "New Space" movement with new projects and providers.

“In the past, almost nobody wanted to talk to us, but that has now changed,” he says.

His customers include, for example, numerous German universities, which were transported into space by the former start-up.

From the Center for Telematics and University in Würzburg to the universities in Berlin, Dresden, Munich, Stuttgart and numerous others.

The customer list is long and extends to the USA, where an office is now being opened.

Exolaunch belongs to the group of small but emerging companies that are considered to be the driving force behind the "New Space" movement.

A prime example is the space company SpaceX, founded by Elon Musk almost two decades ago, which has become the pacemaker for the entire industry.

Experts estimate that almost 10,000 satellites will be launched into space by 2028, of which an estimated 86 percent will be small satellites.

The 143 satellites that have just been launched on the SpaceX rocket are a reflection of what is currently going on in space.

The payload includes ten internet-out-of-space satellites for Elon Musk's Starlink project with up to 12,000 satellites in the final stage.

With 143 satellites on board a single rocket, SpaceX is once again writing space history.

The previous record was 104 satellites.

It was set up by an Indian missile four years ago.