It's a friendly economic time. This week, I will be with reporter Kim Hye-min for a week. Reporter Kim is here. Good morning? Reporter Kim, it's New Year's Day after about 10 days. 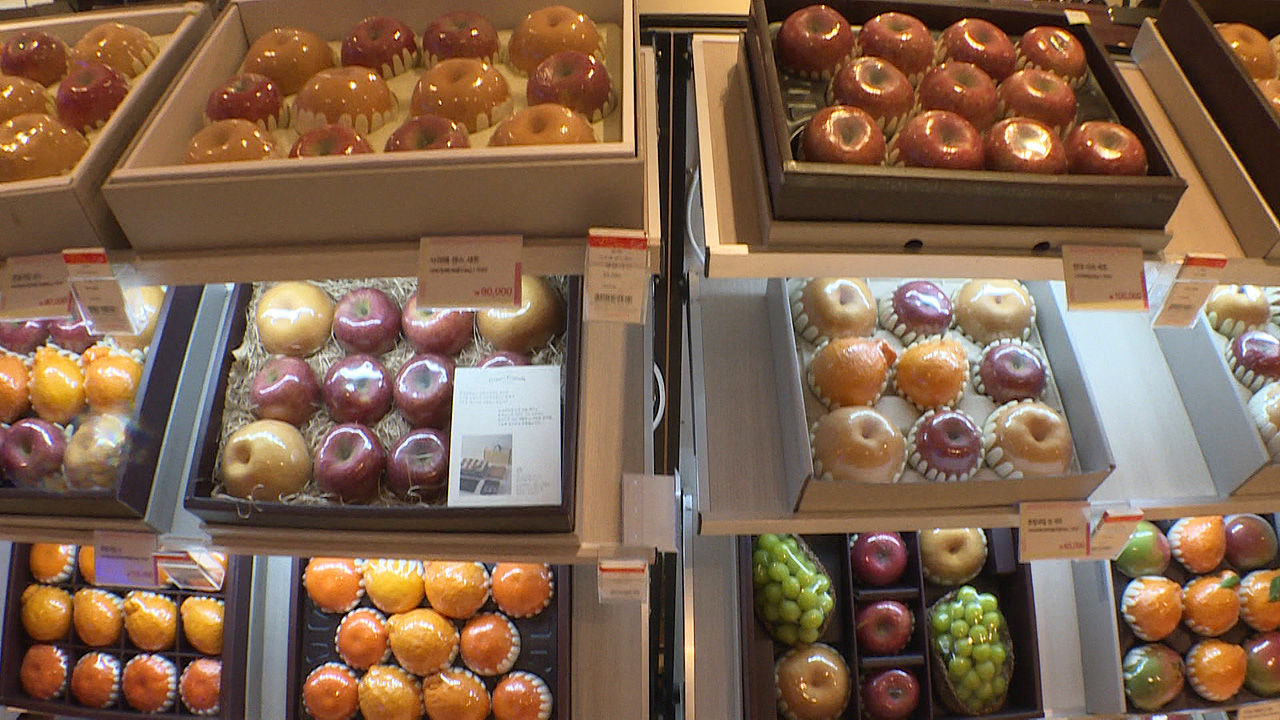 This week, I will be with reporter Kim Hye-min for a week.

Reporter Kim, it's New Year's Day after about 10 days.

However, it is said that this year the amount that can be given has increased a little, so please explain.

Like the Chuseok of last year, this New Year's holiday will also raise the price of gifts that can be given to those who are subject to the Solicitation Ban Act, that is, the Kim Young-ran Act.

Originally, gifts for agricultural and fishery products can be up to 100,000 won.

Red ginseng, salted fish, and kimchi go in here, and the reason that futures prices have risen this New Year is because of the agriculture and livestock industry, which is suffering from Corona 19.

It is said that farmers and fishermen and small business owners have asked the National Rights Commission to raise the price.

There were concerns that if the anti-solicitation law was revised frequently, the law could be shaken and misconceptions might arise. The KRC explained that it was an inevitable decision to help the industry.

This is not the first time I made this decision, I mean, I uploaded it a little like this during Chuseok.

But did you actually sell a lot after uploading it like this?

So I looked at the data on how much I sold and how much I went out during Chuseok last year.

This is a data showing what kind of Chuseok Gifts sold last year at retailers such as supermarkets and department stores. First of all, by item, sales of livestock products, processed foods, and fruit and aquatic products all increased.

So how about by price range? If the limit of the Kim Young-ran method was raised and a lot of agricultural and livestock products were sold, the sales of futures would have to increase between 100,000 won and 200,000 won.

As you can see, fruit rose by 50%, but livestock products only increased by 5%, and the rest decreased.

In addition, sales of products exceeding 200,000 won, which should not be presented to the Kim Young-Ran Act, also increased significantly. All agricultural and livestock products jumped from 15% to 30%.

I asked the relevant department again how to interpret this phenomenon.

They explained that it was because the public's perception itself changed like this, "It's okay to give an expensive gift."

Okay, I can see that a lot of expensive gifts over 200,000 won were sold. Why did this happen?

fact, I was very curious about it, so I looked at what's sold a lot in marts recently, just before the Lunar New Year holidays. Until recently, gift sets over 200,000 won were said to have sold more than twice the same period last year.

Another online hypermarket also saw a 270% increase in gift set sales over 200,000 won.

The mart side was expecting that the sales of gift sets over 200,000 won would increase to 10% of the total in the future.

This is how sales are expanding significantly, focusing on high-priced products.

But actually, the targets subject to the Kim Young-ran Act are government officials, teachers, and media workers.

So, the kind of feeling that conveys your heart to other people is getting bigger, you might see it like this.

Lastly, this seems to be very helpful information, but the government is offering a discount event for Lunar New Year holidays. Please explain in detail.

This was implemented once in the summer of last year, but the government invested 76 billion won this year to conduct a discount sale of agricultural and marine products.

Originally, I was going to start on the 28th, but recently, the prices of eggs and cabbage have increased a lot.

So, it is said that it started a little earlier on the 15th.

I directly accessed the online mart app and entered it. If you search for'Let's go farming' and download the coupon, you can apply it when making payment.

You can also benefit from Zero Pay affiliated stores. When you purchase agricultural and livestock products, you can pay as much as the discounted amount of the payment with a mobile Zero Pay gift certificate.

Please remember it when shopping at the mart and get a discount.