Retail balance: the Ministry of Agriculture recommended the regions to restrain the growth of prices for potatoes, eggs and pasta

The Russian Ministry of Agriculture instructed the regions to control producer prices for a number of food products, including potatoes, eggs and pasta, in order to avoid their unjustified rise in prices. As noted in the department, measures approved by the government should also stabilize the situation in the food market. We are talking about the introduction of export restrictions, as well as the provision of financial assistance to market participants. According to experts, the actions of the authorities should reduce the burden on food producers and lead to a decrease in prices for retail goods. 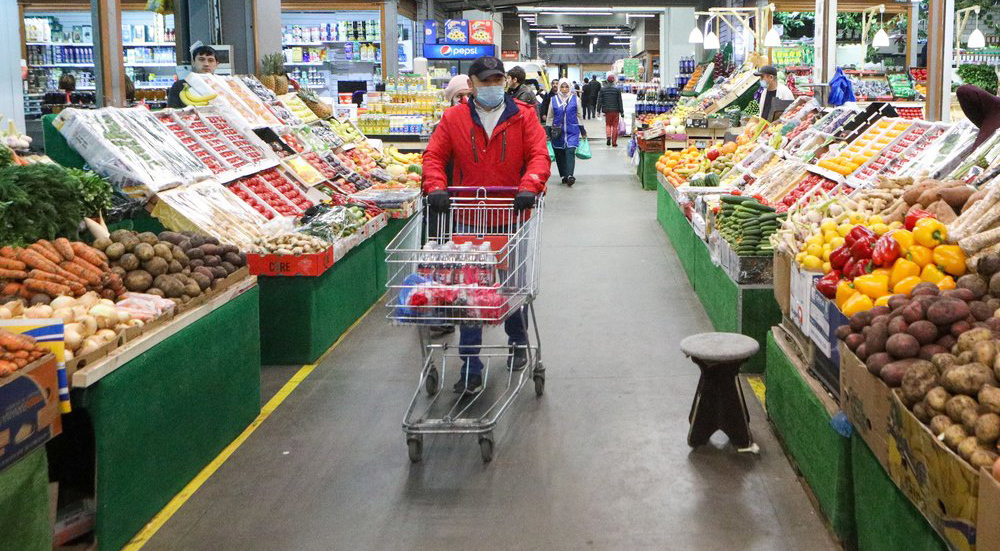 The Russian Ministry of Agriculture instructed the regional authorities to discuss with producers the formation of prices for a number of food products.

This was announced on Thursday, January 21, by RT in the press service of the department.

“The Ministry of Agriculture recommended that the representatives of the subjects hold negotiations with manufacturers to contain prices for products, including pasta, eggs and potatoes, in order to prevent their unreasonable jump-like increase,” the statement says.

As told in the Ministry of Agriculture, the issues of pricing for basic food products were considered on January 20 at a meeting of the headquarters for monitoring the situation in the agro-industrial complex.

The meeting participants noted that the rise in prices for certain categories of goods requires increased attention and control from the regions.

At the same time, the ministry sees no reason for a sharp rise in the cost of goods and considers the measures taken by the government to stabilize prices sufficient.

Recall that in December 2020, Russian President Vladimir Putin drew the government's attention to a noticeable rise in the price of socially significant products - sugar, sunflower oil, flour and bakery products.

As a result, a week later, the Cabinet of Ministers prepared a number of measures to combat price increases.

Thus, the government initiated the signing of agreements between retail chains and producers of sunflower oil and sugar.

The agreements provide for a reduction in wholesale prices for stores and a limitation of the marginal retail value of these goods for consumers.

In addition, the authorities have developed a bill that allows the Cabinet of Ministers to introduce price regulation under certain conditions.

On December 30, the document was signed by Vladimir Putin.

The actions of the authorities made it possible to promptly contain the growth in the cost of goods necessary for the everyday life of Russians.

“The measures helped to prevent a decline in the quality of life of Russians in the difficult period of overcoming the crisis associated with the COVID-19 pandemic.

At the same time, enterprises also received preferences from the authorities, which will allow them to increase the production of goods in the future.

This, in turn, will lead to increased competition in the market and, as a consequence, a further decrease in prices for goods in retail, ”the expert believes.

In addition, to protect the domestic food market, the Russian government decided to impose duties on the export of oilseeds and grains.

According to the Ministry of Agriculture, such a decision will provide livestock and processing enterprises with affordable raw materials and feed, as well as curb the rise in prices for final products.

“The issue of directing the funds received by the state from the introduction of duties on grain exports to support plant growing enterprises is being worked out,” the ministry explained.

Since the beginning of the year, an export duty on sunflower seeds has begun to operate in Russia at a rate of 30%, but not less than € 165 per ton.

Also, from February 15 to June 30, a quota mechanism for the export of wheat, barley, corn, rye in the amount of 17.5 million tons will work.

For the same period, an export duty on wheat of € 25 per ton will be introduced.

“The introduction of duties should limit the desire of producers to sell large volumes of grain abroad, which previously led to a shortage of goods within the country and a rise in prices.

In addition, with the introduction of quotas for the export of wheat, prices for it will creep down, since it will not make sense for producers to store large stocks, ”Artyom Lyutik, managing director of Univer Capital, told RT.

Measures to support the baking and flour-milling industry should have a positive impact on the food market, experts say.

At the end of 2020, the Cabinet allocated 4.7 billion rubles for this purpose.

According to experts from the Ministry of Agriculture, financial assistance will further reduce prices for finished products, including pasta.

Moreover, in the near future the government will allocate more than 4.5 billion rubles to curb prices for flour and bread.

Prime Minister Mikhail Mishustin announced this on January 21 at a cabinet meeting.

“We hope that these transfers will allow producers to compensate part of the costs of purchasing wheat, and bakery enterprises will reduce the costs of selling their products.

Such a balanced solution will not only help the food industry, but, above all, will keep prices down, ”said Mishustin.

According to Pavel Sigal, prices will begin to adjust by the summer of 2021.

According to him, due to the increase in acreage and favorable weather conditions, farmers will harvest more wheat than in 2020.

“Then prices will begin to decline, which will affect most food products: from bread and pasta to cereals, since cereals are the basic elements for the production of most products.

At the same time, meat, eggs and dairy products will become cheaper, since producers also use grain-based feed for raising animals, ”the expert concluded.