Vaccine shortages: The EU is responding with these three measures

In view of the massive criticism, the EU Commission is trying to provide more vaccine doses. In doing so, she relies on the "turn 5-make-6 method" and the upcoming vaccine from Moderna. Another option is now being unofficially promoted. 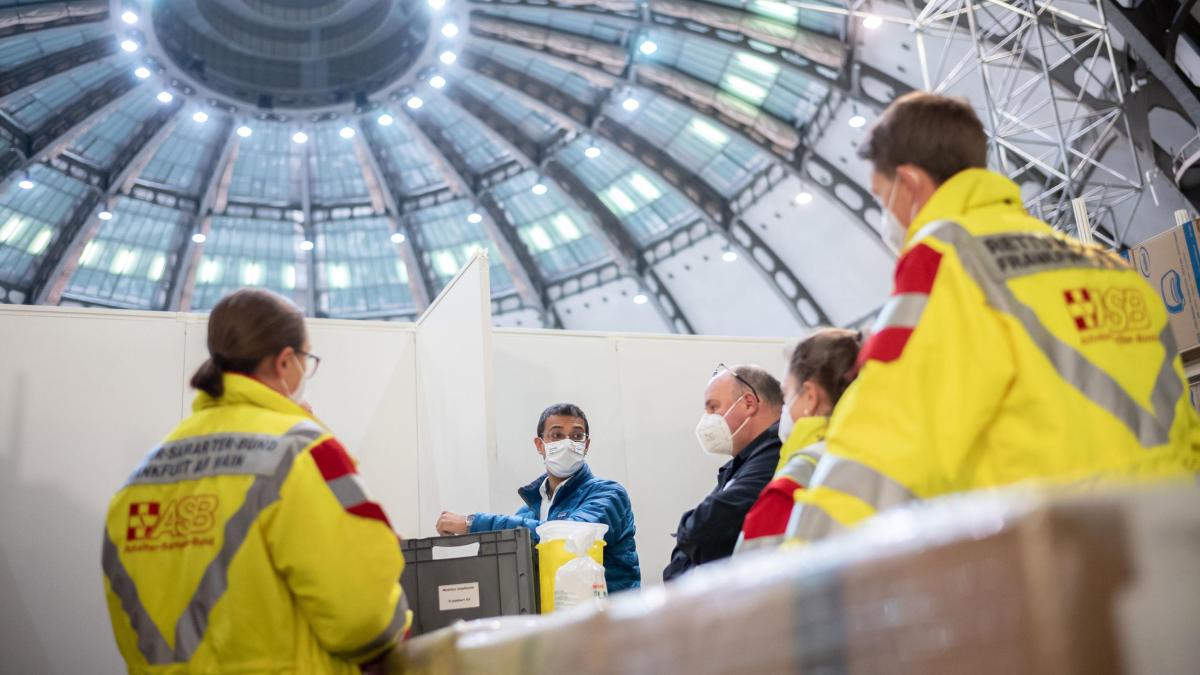 The corona vaccinations in Europe have started - and almost at the same time the discussion about whether the EU Commission has not ordered enough vaccine.

In fact, the powerful agency has been trying for some time to make more vaccine doses available.

She could report her first successes in the coming days.

This applies, for example, to the approval of a new variant of vaccination from Biontech and its marketing partner Pfizer.

Users had discovered relatively quickly that when using special syringes from an ampoule of the Biontech vaccine, not only five vaccine doses could be obtained, but six.

This would increase the number of available vaccine doses by 20 percent in one fell swoop.

However, the European Medicines Agency (EMA) must first approve this type of vaccination.

At the beginning of the week, she warned that on-site medical personnel should definitely wait for this variant to be approved and under no circumstances should they use the six variant on their own initiative.

Otherwise, this would limit the manufacturer's liability.

This is a weighty instrument, as Pfizer and Biontech are said to have long pushed for reduced liability in the negotiations with the Commission.

The approval of the new usage variant could take place soon

The manufacturers have now applied for approval of the new use variant of the EMA in Amsterdam.

Approval should be granted in the coming days;

it could be so far on Wednesday.

The syringes are more expensive than the ones that are usually used for vaccinations, but they are considered to be readily available.

If there are still bottlenecks in procurement and distribution, this could lead to delays in the more productive vaccination variant.

In other areas too, Brussels can now increasingly rely on the vaccine developed in Germany.

At the end of December, the Commission secured an additional 100 million cans, drawing an option that it had agreed with the manufacturers in November.

A new plant that Biontech and Pfizer are building in Marburg and that could produce vaccine as early as February should ensure that manufacturers can deliver quickly.

In addition, Commission President Ursula von der Leyen and her Health Commissioner Stella Kryiakides rely on the vaccine from the US manufacturer Moderna, which is about to be approved in Europe.

Like the vaccine from Biontech / Pfizer, this product uses the novel mRNA process.

The EU Commission assumes that the EMA will conclude its consultations on approval on Wednesday.

For this day, the agency has announced a video link that will allow discussions between the national authorities involved to continue.

The EU has ordered 160 million doses of vaccine from Moderna - about half as much as it has now from Biontech.

There were apparently two reasons for this reluctance: At 14.70 euros per dose, the vaccine was and is the most expensive of the group of vaccines with the greatest chances of early approval.

In addition, the commission apparently considered it possible that the Trump administration could impose an export ban on the vaccine produced in the USA.

Federal Minister of Health Jens Spahn also relies on the Moderna vaccine, according to an internal paper by his ministry.

The Federal Republic has secured a total of 50 million cans of it for this year.

However, the supply will start slowly;

in the first few weeks after approval, only 1.5 million doses would be available.

For comparison: by the end of the week, around two million doses of the Biontech vaccine should be delivered in Germany - even if they may not have reached the vaccination centers and teams yet.

The EU has ordered significantly more doses, 400 million each, from the US pharmaceutical giant Johnson & Johnson and the British manufacturer Astra Zeneca.

These six vaccine candidates could be coming soon

But there are six other promising vaccine candidates that could soon follow.

You can see an overview here and also find out how Germany compares international vaccines.

Both vaccines are in an accelerated approval process with the EMA.

In Great Britain, the vaccine, which of all things does not have a great protective effect on older people, is already being used with an emergency approval, in the EU, however, approval is not yet in sight.

The EU has even ordered 405 million doses of another vaccine from the German manufacturer Curevac, the development of which the German government had given a lot of financial support.

However: the Curevac vaccine has not even applied for approval from the EMA.

The European Parliament is calling for a possible failure of the Curevac vaccine in clinical trials.

Peter Liese (CDU), a trained doctor and coordinator of the conservative EPP parliamentary group in the health committee, expects the Curevac active ingredient to prove itself in the studies.

Curevac could produce the Biontech vaccine

But even if the clinical tests fail, the EU has a trump card up its sleeve with the know-how of Curevac.

In this case, Curevac could produce the vaccine developed by competitor Biontech.

"It is difficult to produce an mRNA vaccine by a company that has not previously worked with it," says Liese, who helps out in the corona test center in his home town of Meschede every week.

"But Curevac has the necessary know-how."

Franz-Werner Haas, CEO of Curevac, promised him that his company would be ready to produce the Biontech vaccine if the Curevac vaccine did not successfully pass the third phase of clinical trials.