Reporting system for vaccinations: federal states refuse to use it

The Robert Koch Institute is supposed to provide an overview of the vaccination progress and has developed a reporting system for this. But as is now known, most federal states refuse to use it and deliver their data by email. They fear losing control. 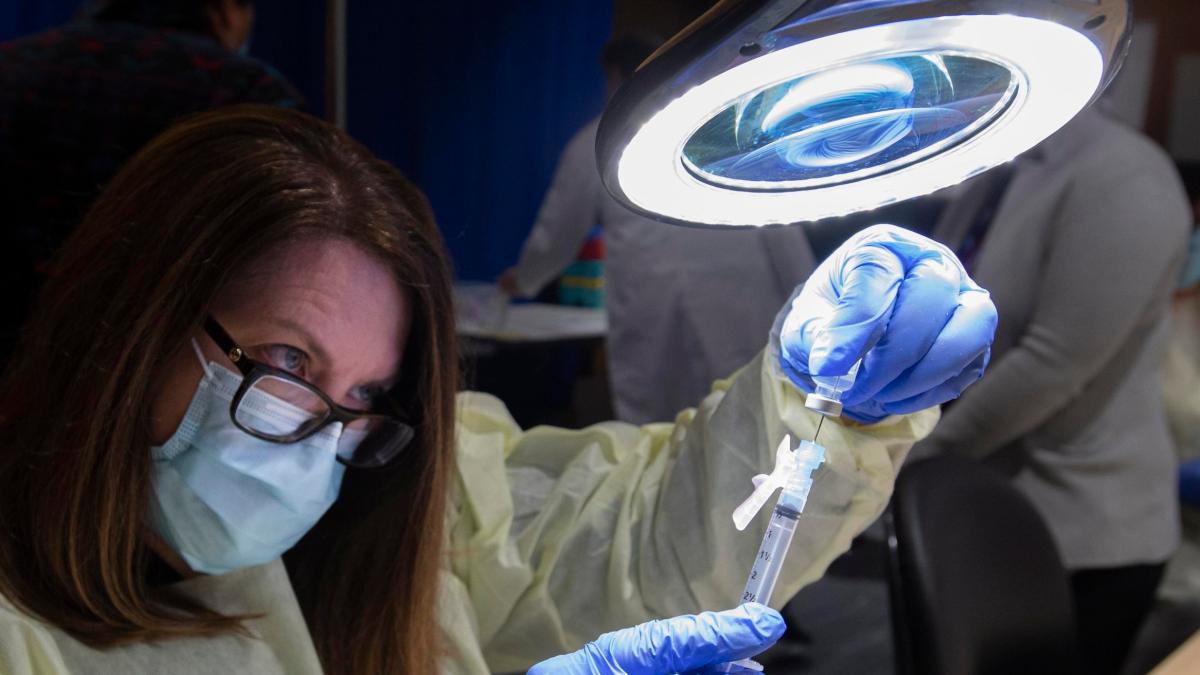 In addition to Saxony, Thuringia currently reports the highest corona incidence figures - and here, of all places, many vaccination centers seem to have not yet started their work.

At the beginning of the week, the Robert Koch Institute (RKI) showed just 810 vaccinations in Thuringia in its daily updated vaccination statistics.

In contrast, Saxony-Anhalt, which has a comparably large population, has already reported almost 13,400 vaccinations.

When asked, Thuringia's Prime Minister Bodo Ramelow (left) spoke up personally via Twitter: The RKI numbers were not correct - in reality, Thuringia also vaccinated on the weekend and came to at least 1711 vaccinations.

Thuringia would therefore still be far behind the comparable territorial states.

Why are those responsible in the country unable to report their numbers?

"There is a problem with the connection to the reporting system, because security certificates still have to be installed at the hospitals," says a spokeswoman for the Thuringian Ministry of Health on request.

So a simple IT problem?

This is how the different vaccines work

Various vaccines against the coronavirus are already in use around the world.

However, these differ in their effectiveness and administration.

When asked by the RKI, a spokeswoman for the institute explained by e-mail that the reporting system for so-called “vaccination rate monitoring” had been working properly since December 27th - there were no safety problems.

However, not all federal states or vaccination centers have yet been registered with the system.

One paragraph later, she writes: "Some countries are waiting for further technical specifications of the system, which should be available soon." Therefore, the vaccination data are currently only available at the state level, according to the RKI.

A more detailed display - for example by cities and districts in which a particularly large number of people are sick - is not yet possible.

In particular, the countries that have not yet wanted to use the system still seem to have objections.

Call to the Robert Koch Institute: How many countries are actually already using the system?

"So far, they have reported their vaccination rates by email in consultation with us." That is an interim solution.

So 15 countries have so far been so dissatisfied with the solution that they prefer to collect the data from the vaccination centers themselves and write emails.

This means that those responsible would have to do the work twice again later, explains Glasmacher: "After logging in completely to the system, all federal states have to re-register the vaccinations carried out so far."

If the system works, it should provide fine-grained data on the status of corona vaccinations in Germany.

In principle, the RKI collects the data from the individual vaccination centers via an online portal operated by Bundesdruckerei.

The data is transmitted from there to the institute several times a day.

All data delivered by 8 a.m. on the following day are included in the daily statistics, which are currently published once a day at noon.

These daily statistics are relatively extensive - they show why people in the first group are preferred to be vaccinated, whether they work in health care or care for the elderly, or whether they belong to risk groups.

Reporting all of this twice looks like a lot of work.

The RKI does not want to reveal why the federal states are so unhappy with the system that they currently prefer to collect data themselves, write e-mails and rework them later.

“That is still an interim solution.

But such a system is never finished right away.

But the federal states still have certain expectations. "

The health ministries of the federal states are also initially narrow-lipped when asked by WELT.

But then a ministry employee speaks: It is feared that you will not have sufficient control over the vaccination process yourself if the vaccination centers report their data directly to the RKI.

That is why you want to make sure that you get insight into the raw data sets before you leave the report to the vaccination centers.

So far, however, this has not been possible in Bundesdruckerei's software.

Until that is realized, one would rather continue to write emails.

And there is still a reaction from Baden-Württemberg: “The RKI put the productive start on January 6th, 2021.

Our system service provider has tested the interface and raised one more question about going live.

An answer from RKI is still pending.