Bitcoin shocks the US dollar

The chief international strategist at Morgan Stanley for Investment Management, Rocher Sharma, said that several currencies are currently competing for the succession of the dollar to the throne of cash reserves, noting that “the dollar’s ​​throne is vibrating because of cryptocurrencies,” especially Bitcoin. article 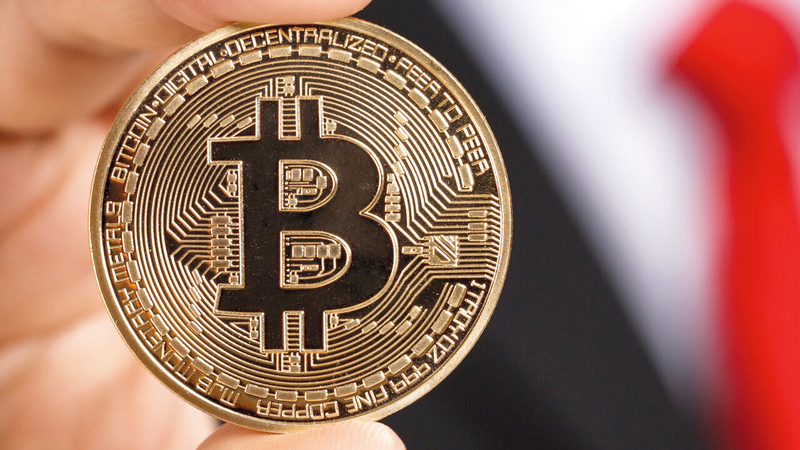 Coronavirus has strengthened investment in it, fearing a decline in international currencies

Bitcoin shocks the US dollar

Investors have bought Bitcoin, which has quadrupled the currency rate since last March.

The chief international strategist at Morgan Stanley for Investment Management, Rocher Sharma, said that several currencies are currently competing for the succession of the dollar to the throne of cash reserves, noting that “the dollar’s ​​throne is shaking because of cryptocurrencies,” especially Bitcoin.

Sharma added, in an article published in the British newspaper, the Financial Times, that the promotion of Bitcoin as decentralized alternatives to official currencies, especially during the Corona pandemic, prompted many investors to invest in the digital currency for fear of a decline in the value of international currencies.

The role of the president

And when the "Covid-19" pandemic hit the world economy, the US dollar was stronger than ever before, as it played the main role as a mediator for international trade. It was also considered the reserve currency saved by most of the world's central banks, and a haven for countries to evaluate their currencies accordingly.

Historically, only five powers had the ability to choose the reserve currency, as since the middle of the 15th century Portugal, Spain, the Netherlands, France, and Britain had an advantage that lasted for about 94 years in determining the reserve currency.

But with the beginning of the year 2020, the dollar has completed 100 years of circulation as the official currency of the central banks in the world, which prompted the chief international strategist at Morgan Stanley for Investment Management, Rocher Sharma, to question the possibility of the continuation of the dollar as the main currency in the world, He pointed out in an article in the British newspaper "Financial Times" that "the dollar has no heir at the present time."

"Several currencies are currently competing for the succession of the dollar to the throne of cash reserves," said Sharma, author of the book of 10 rules for successful nations, pointing out that Europe had been pinning great hopes on the euro, but he failed to win the world's confidence, due to doubts about the effectiveness of the eurozone government. Multiple countries.

He added that "China's aspirations to the supremacy of its currency (the yuan) have also been thwarted."

On the other hand, Sharma indicated that the US administration did not express any concerns about the impact of printing the dollar on the budget deficit, as it was considered a measure to reduce the repercussions of the "Covid-19" pandemic on the economy.

According to Sharma, the throne of the dollar is shaking because of cryptocurrencies, which can be easily traded and promoted like the bitcoin currency by its makers and dealers as decentralized alternatives to official currencies, especially since the Corona pandemic prompted investment in Bitcoin for fear of a decline The value of international currencies, and therefore many investors tended to buy Bitcoin, which has doubled the price of the digital currency more than four times its value since last March, making the purchase of Bitcoin one of the most important investments during 2020.

Sharma added that since its launch in 2009, Bitcoin builders have sought to establish and promote it as a "digital gold", and that its reliability makes it a safe haven in difficult times, but he pointed out that skeptics of cryptocurrencies find it difficult to feel safe in investing in One of the assets they deemed too volatile, as they consider Bitcoin a bubble whose daily price fluctuates more than four times than gold.

The chief international strategist at Morgan Stanley for Investment Management, Rocher Sharma, said that the United States and other major governments are showing little enthusiasm for curbing the growing deficit, and thus that no matter how reliable cryptocurrencies are, Bitcoin is benefiting from the growing decline in confidence in Traditional alternatives.

He added, "Time may prove that (Bitcoin) is a bubble, but even if it bursts, the desire to acquire it is a wake-up call for governments that print money without an account," noting that it should not be assumed that traditional currencies are the only refuge of value, or the medium of exchange that People will absolutely trust it.