The sales volume of this home appliance in China is the first in the world! There are not enough employees on the production line to help from executives

This kind of home appliance has sold out! China's sales volume is No. 1 in the world! Orders skyrocketed! There are not enough employees on the production line, and the executives go to support...   Sweeping robots are a category of home appliances that has only been promoted in recent years. Under the background of the epidemic in the first half of this year, the home economy has risen rapidly

This kind of home appliance has sold out!

China's sales volume is No. 1 in the world!

There are not enough employees on the production line, and the executives go to support...

Sweeping robots are a category of home appliances that has only been promoted in recent years.

Under the background of the epidemic in the first half of this year, the home economy has risen rapidly, and the sales of some small home appliances have also become popular. Among them, various types of sweeping robots are entering thousands of households at an increasing speed.

"Ease of use and labor liberation" are the main reasons why many consumers buy robot cleaners.

Compared with the relatively poor status of the family in the early years, the function of the sweeping robot is becoming more and more mature.

Recently, the best-selling sweeping robots can not only automatically cruise and sweep the floor more accurately, but some can also do garbage collection, with functions such as sterilization and disinfection.

Affected by the outbreak of the housing economy during the epidemic, the sales of sweeping robots have been rising this year.

According to the "Semi-annual Report on China's Home Appliance Industry in 2020", in the first half of this year, the retail sales of China's home appliances in the domestic market totaled 336.52 billion yuan, a year-on-year decrease of 18.4%, but the retail sales of vacuum cleaners, including robots, increased by 14.7% year-on-year. The volume increased by 15.7% year-on-year, leading the growth rate of other home appliances.

In the third and fourth quarters of this year, the sales of domestic sweeping robots continued to climb.

Qian Cheng, vice chairman of Cobos Robotics Co., Ltd.: This year’s sales performance is very good. The growth rate of our company’s robot brand in the entire third quarter exceeded 60% year-on-year. In the fourth quarter, the group increased compared to the "Double Eleven" in the same period last year. More than 80%, these have met our expectations, and even exceeded expectations.

The maturity of navigation, battery life, interaction and other technologies, as well as the increasing stability of the industry chain ecology, have also promoted the acceptance of sweeping robots by more consumers. Among them, the sales of mid-to-high-end robots have increased the most. In product selection, consumers pay more attention to functions , The sensitivity to price is reduced.

Liu Dianjie, general manager of Suning Tesco's Shenzhen Regional Home Appliances Company: Since August to October, the sales of the entire sweeping robot has increased by 32%, and the trend is becoming more and more high-end and more intelligent. The most important thing is that the increase is more than two thousand yuan. , The market share of more than three thousand yuan increased by 6%.

Sweeping robot manufacturers' orders soared, and production line employees were not enough for executives to help

Yu Liyuan is the head of the finance department of a robot cleaner manufacturer in Chenzhou, Hunan. She told reporters that the recent sharp increase in the sales of robot cleaners caught her off guard. The original backlog is now basically zero.

The reporter accidentally discovered during the interview that although it was a working day, the company's administrative office area was sparsely staffed.

The person in charge said that this is because the domestic and foreign orders for sweeping robots have recently increased significantly. In order to meet the needs of customers, although they have expanded the production line, the problem of labor difficulty is difficult to solve in a short time.

For this reason, almost all corporate managers are currently helping on the production line.

Yu Liyuan, Manager of the Finance Department of Changhong Granbo Technology Co., Ltd.: We have changed from four lines to nine lines, resulting in a shortage of personnel. Except for the cashier, customs declaration, and a few ordering personnel, 90% of the personnel have already supported it. The production line, including our deputy general manager and the management of the board of directors.

In addition to increasing domestic consumer demand for vacuum cleaners, overseas consumer markets are also expanding. Statistics from the General Administration of Customs show that from January to September this year, China exported a total of 10.14 million vacuum cleaners (including vacuum cleaners), a cumulative year-on-year increase of 15.8%. .

According to industry insiders, from a global perspective, more than 90% of the production and manufacturing of sweeping robots are concentrated in China, and overseas markets have a strong dependence on China's supply chain.

Therefore, with the surge in global demand for sweeping robots, it is difficult to change the situation in which domestic manufacturers' orders are in short supply in a short period of time.

At the same time, some companies are actively adjusting the ratio of production to sales while operating at full capacity to ensure the smooth delivery of orders and meet market demands.

Broad market companies are accelerating into the sweeping robot track

It can be said that whether it is production or sales, this year's sweeping robot industry chain as a whole presents a lively scene. The broad market prospects also attract more companies to accelerate the influx of sweeping robots into the robot sweeping track to get a share of the pie.

Liu Dianjie, general manager of Suning Tesco's Shenzhen Region Home Appliances Company: Robot vacuum cleaners should have been popularized in China in the past ten years. From the beginning, there may only be 3 to 5 brands. Now they have reached 72 online and offline brands. 1400 models, because there is market demand.

According to statistics from market research company Euromonitor International, China sold 5.436 million vacuum cleaners in 2019, ranking first in the world, far exceeding 2.745 million in the United States and 2.384 million in Western Europe.

Since the beginning of this year, domestic and overseas consumer demand for vacuum cleaners has continued to expand.

Enough market space is the most important reason for more companies entering the sweeping robot track, and some manufacturers that have deployed in advance have already achieved good returns.

In the first three quarters of this year, Cobos' revenue rose 20.25% year-on-year, and net profit attributable to the parent rose 147.17% year-on-year.

Qian Cheng, vice chairman of Cobos Robotics Co., Ltd.: The market penetration rate of sweeping robots in China has just exceeded 5%, but developed countries in Europe and the United States have even reached 10% and 15%. In the same comparison, in the Chinese market, The penetration growth of robot vacuum cleaners is very high. Looking overseas, in fact, some products and technologies led by Chinese manufacturers are very popular overseas. We believe that as the technology gets better and the products get better, consumers at home and abroad will be very Like this type of product. 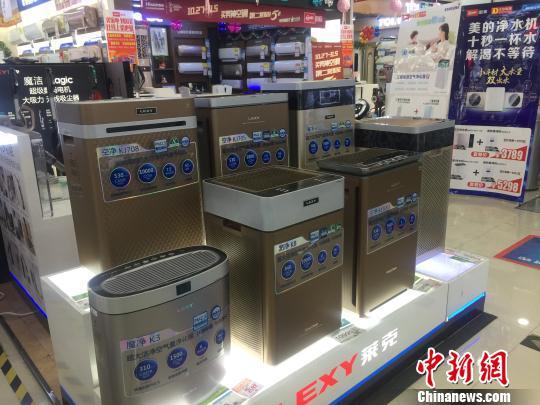 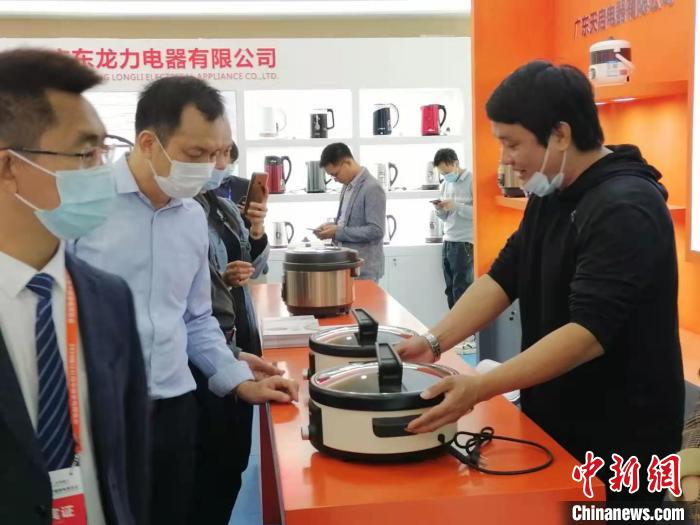 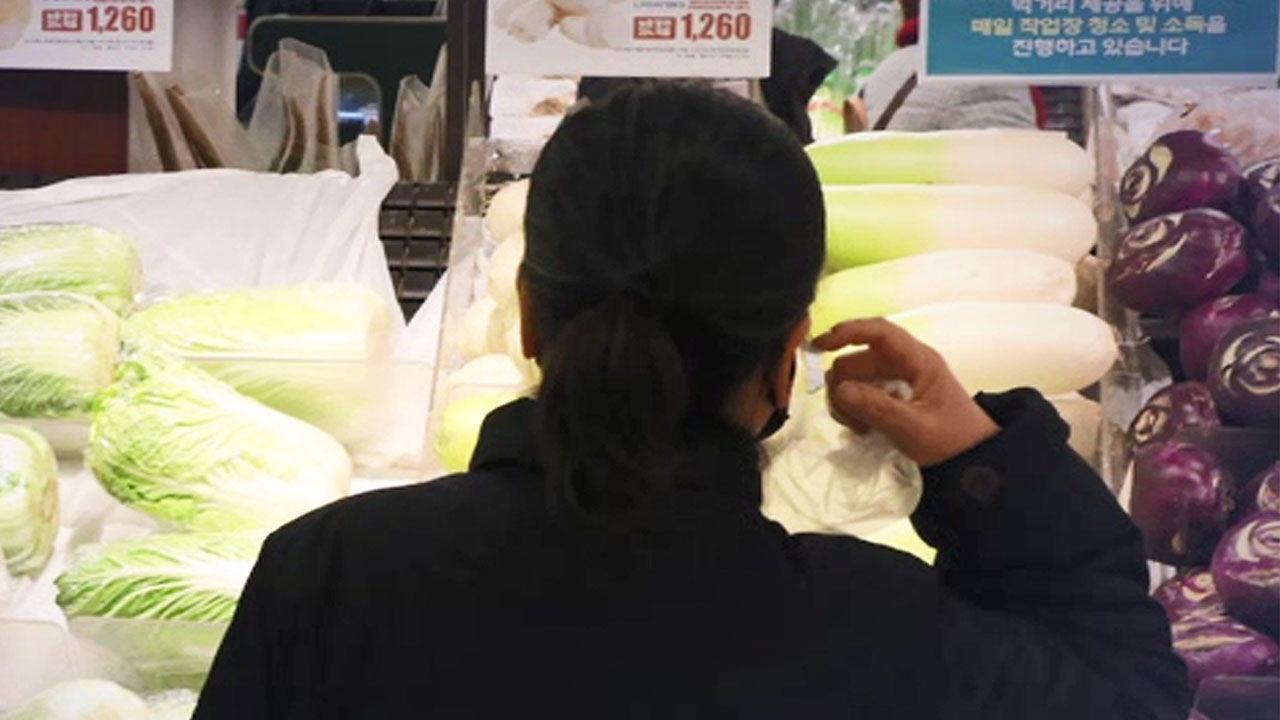 Business 2021-01-18T21:28:55.124Z
With obvious clinical advantages in the treatment of schizophrenia, purely domestic drugs are coming