Rent cap: price reductions for half a million apartments

The second stage of the rent cap in Berlin comes into force. For the first time, the state is forcing landlords to lower rents, apparently in more apartments than the Senate previously suspected. A very specific group should benefit the most.

A so far unique experiment begins in Berlin.

For the first time in the history of the Federal Republic of Germany, the state sets certain rental prices on the housing market.

The second stage of the so-called rent cap comes into force on November 23rd and prohibits landlords from charging a rent that is above a certain price threshold.

The "Law on Rent Limitation in Housing in Berlin", as it is called, does not only apply to new rents.

Even in current contracts, rents must be reduced immediately if they are too high.

The price thresholds are set out in a table based on the 2013 rent index.

That is why rents must be reduced for hundreds of thousands of homes.

Anyone who does not adhere to it must expect a fine.

The districts are responsible for enforcement, the tenants do not have to take legal action themselves.

In other cities, too, there is a growing desire on the part of tenants to introduce something like a price freeze.

In Hamburg, for example, two popular initiatives were approved for voting a few days ago: “Keeping the land and living space - designing Hamburg socially” and “Renting new buildings on urban land - forever cheap”.

The Berlin Senate has estimated the number of affected apartments at 340,000 units so far.

In fact, a new price could even apply to half a million apartments.

This emerges from calculations by the Hamburg market research company F + B, which WELT has.

With the help of the procedure used, the experts simulated the current rental prices and compared them with the values ​​that are still permitted.

The result: "According to the calculations by F + B, around 512,000 apartments are affected by the second rent level of the rent cap, which corresponds to 36.7 percent of the total number of relevant apartments in buildings with three or more apartments," said a statement from the Hamburg-based company.

The actual price calculation is complicated, but works in a similar way to the rent index.

First of all, the age class of a building is decisive, plus surcharges for condition, location and equipment.

For old buildings from the Wilhelminian era in a good residential area, for example, a base price of EUR 8.63 net rent per square meter applies.

With very good equipment and in a modernized condition, up to 9.82 euros would be possible, a maximum of about ten euros.

If the rent is now more than 20 percent above this value, the landlord must lower it.

“In old building districts, rents are usually well above the top values,” the F + B experts state.

Accordingly, comparatively high-earning households in these residential areas should particularly benefit from the rent cap.

“In this segment alone, it is a question of reduction amounts of up to 6.78 million euros.

By contrast, apartments in East and West Berlin from 1965 to 1990, which include many prefabricated and large housing estates, have a depreciation potential of 5.7 million euros with a share of 27.1 percent. "

The representatives of small landlords in particular have been attacking the rent cap for months.

The largest German housing group Vonovia, however, considers the impact on its own balance sheet to be limited.

“A third of all Vonovia apartments in Berlin have to be lowered.

In response to the finding that this loss apparently does not harm sales and the share price, Buch replied: "Yes, that's right."

In fact, the rent cap has already been reflected in prices in the capital.

The first stage has been in effect since February, in which landlords initially only had to adhere to the Senate's price table for new contracts.

There has also been a general rent freeze since June last year.

According to F + B, the asking rents in Berlin fell from an average of 9.02 euros per square meter last year to 8.54 euros in the third quarter of this year.

In the nationwide ranking, Berlin slipped from 100th to 113th.

Politicians of the red-red-green governed Senate in Berlin were satisfied with the consequences.

"The rent cap not only gives people a respite, it also contributes to social peace," said Green MP Katrin Schmidberger last week during a debate in the House of Representatives.

The lid alleviates the fear of rent increases for many people.

Schmidberger spoke of a “radical emergency brake against rent madness and displacement”.

There is no constitutionally guaranteed right to infinite returns, especially not when it comes to the basic right to housing.

The parliamentary group leader of the Berlin SPD, Raed Saleh, sees the metropolis’s controversial rent cover law as a model for other cities as well.

"I am convinced that the discussion will come," said Saleh of the German press agency.

"The pressure in other cities is so great that it is automatically discussed, incidentally also within the Union."

According to Saleh, the topic of rent regulation will also play a role in federal politics after the federal elections in autumn 2021: "I firmly assume that the next federal government will have to develop new federal statutory regulations because the market can no longer regulate it alone," said he.

The central association of the real estate industry, ZIA, warned of the consequences of the second stage of the rent cap.

"This is anything but a means of social equality," said the board member of the Central Real Estate Committee East, Christian Schede.

Higher earners in good residential areas would benefit disproportionately from lowering rents that are too high.

Shade rentals could be fatal

In addition to the permitted rent, many landlords have also been asking for a so-called shadow rent for months, which is based on the market or the rent index.

Since several proceedings are pending at the Federal Constitutional Court, after a rejection of the rent cover from Karlsruhe, many tenants could suddenly be obliged to pay the rent accordingly.

The Berlin Senate itself regularly advises tenants to set up reserves for this case.

"Red-red-green holds on to their absurd rent cover and sends the tenants into a debt trap with their eyesight," he said at the weekend.

“If the rent cap is tipped by the Federal Constitutional Court next year, all reductions will have to be repaid in full.

Depending on the amount of rent and the time of the judgment, that could be several thousand euros.

The fact that all tenants put these amounts on the high edge is illusory in the economically tense Corona period.

The result is high mountains of debt and even dismissals due to rent arrears, ”continues Föst.

While the Berlin market is in a state of emergency and rents are already falling thanks to the cap, in the rest of Germany at least the rise in prices for rents, but also for property, is weakening slightly.

Nationwide, according to F + B, rents on new contracts rose by just 0.1 percent within a year.

“On the national average, exorbitant rent increases are finally a thing of the past,” says F + B managing director Bernd Leutner.

In the case of residential property, prices continue to rise, but also no longer as strongly.

The price increase for condominiums from the second to the third quarter of 2020 was 0.6 percent.

Within a year, however, the premium is still 5.5 percent.

For one and two-family houses, the prices have risen by 0.5 percent.

By far the largest part of the price increase took place here before the corona pandemic. 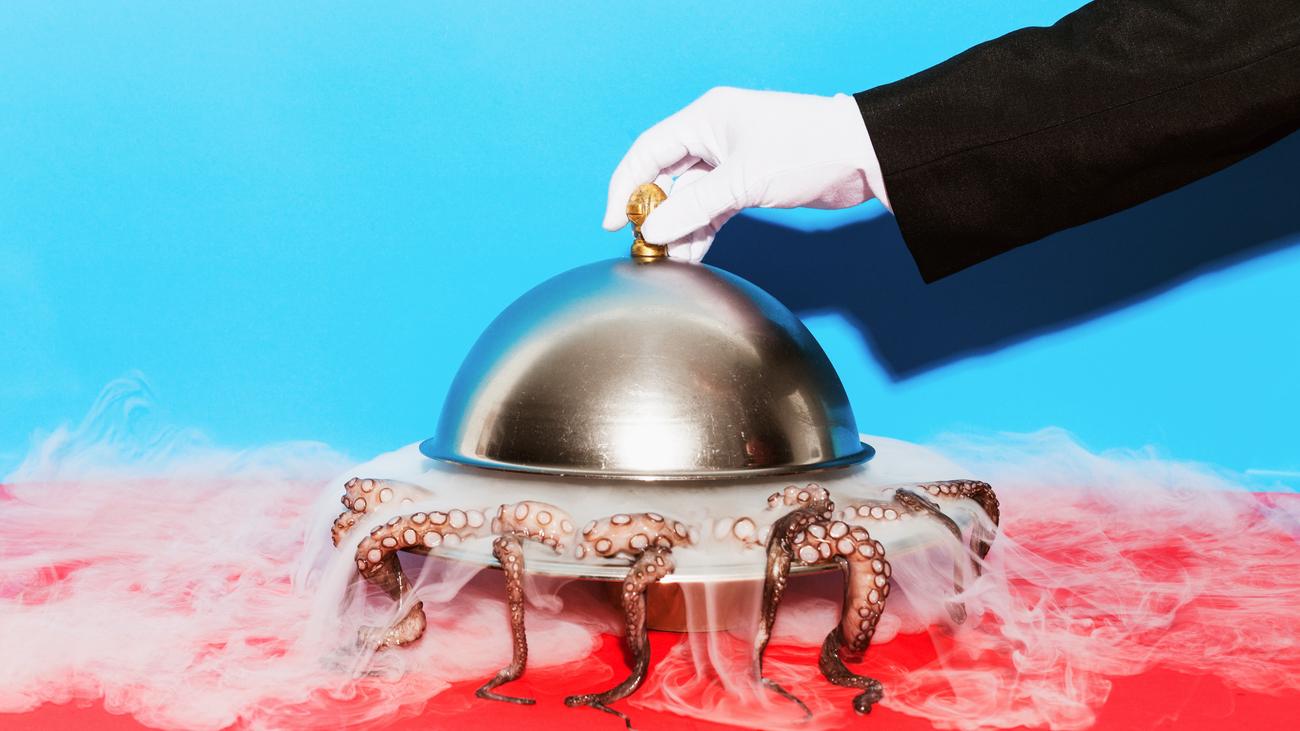 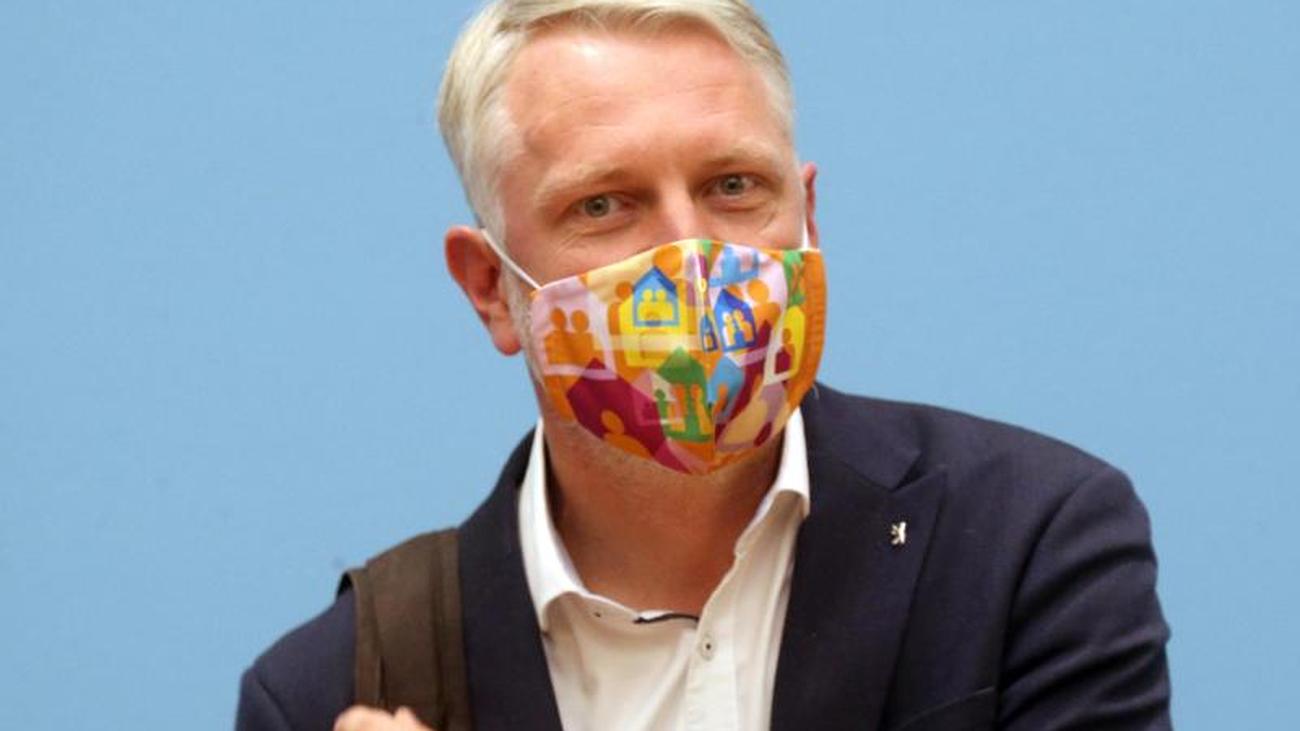 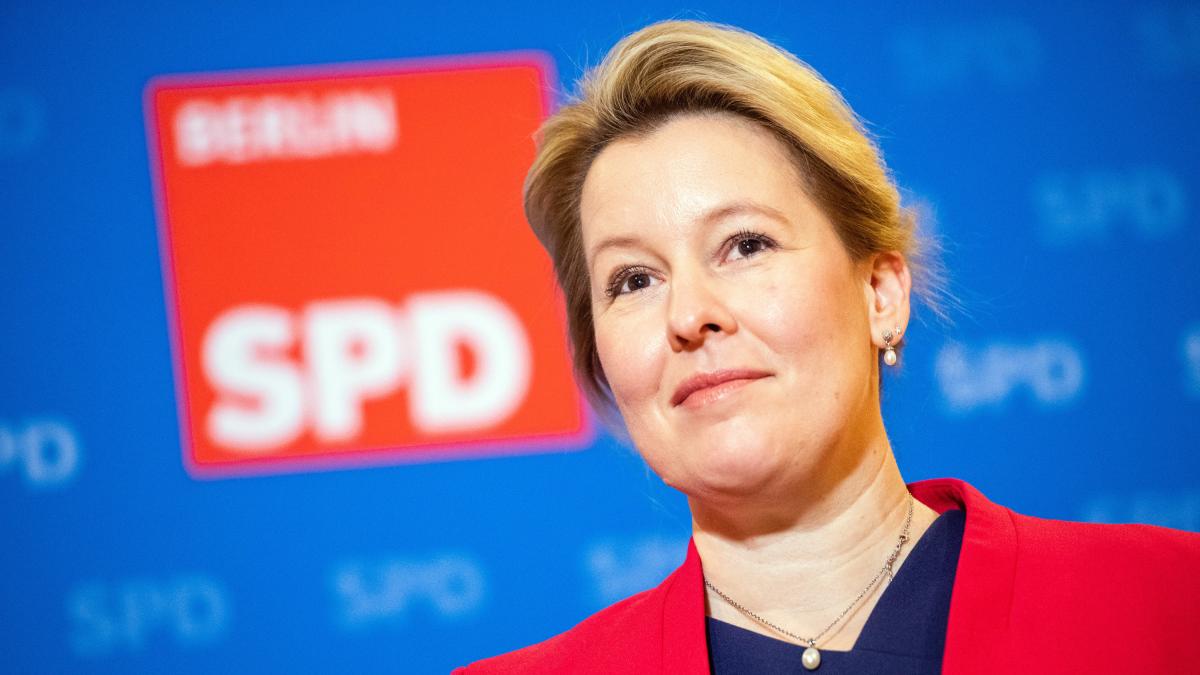 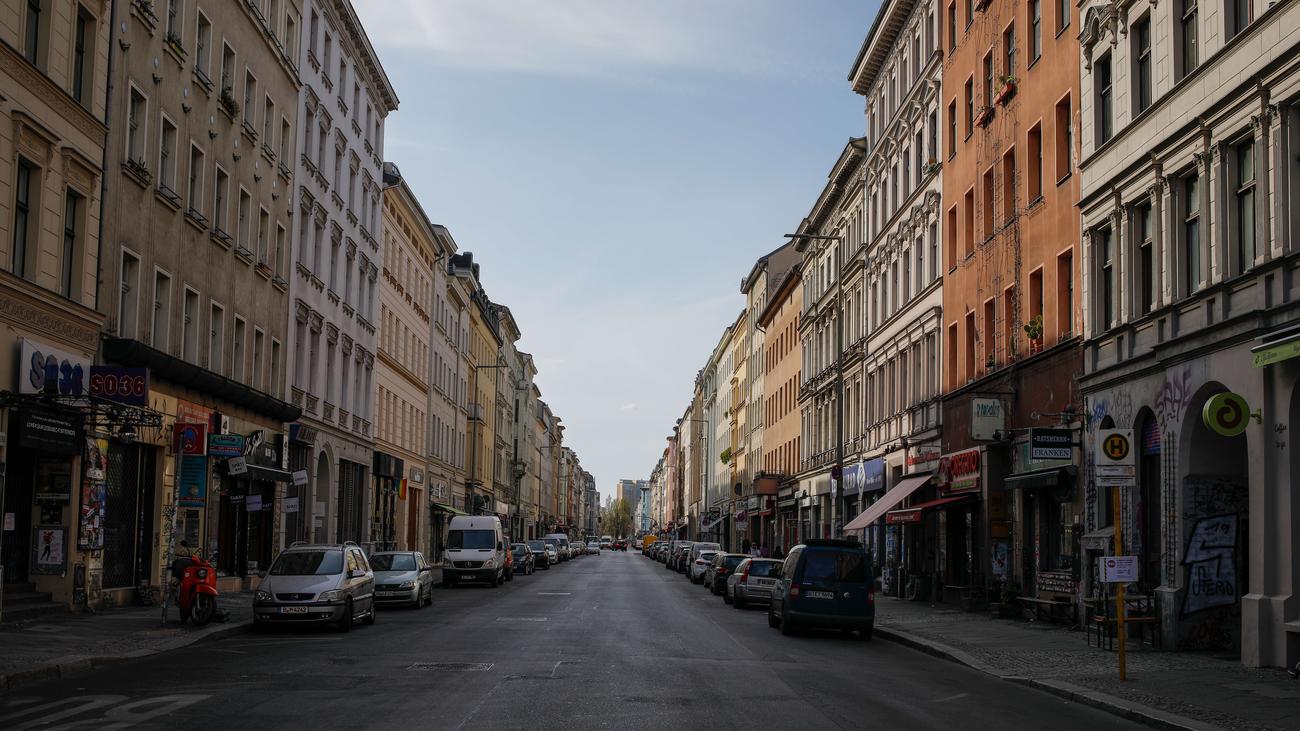 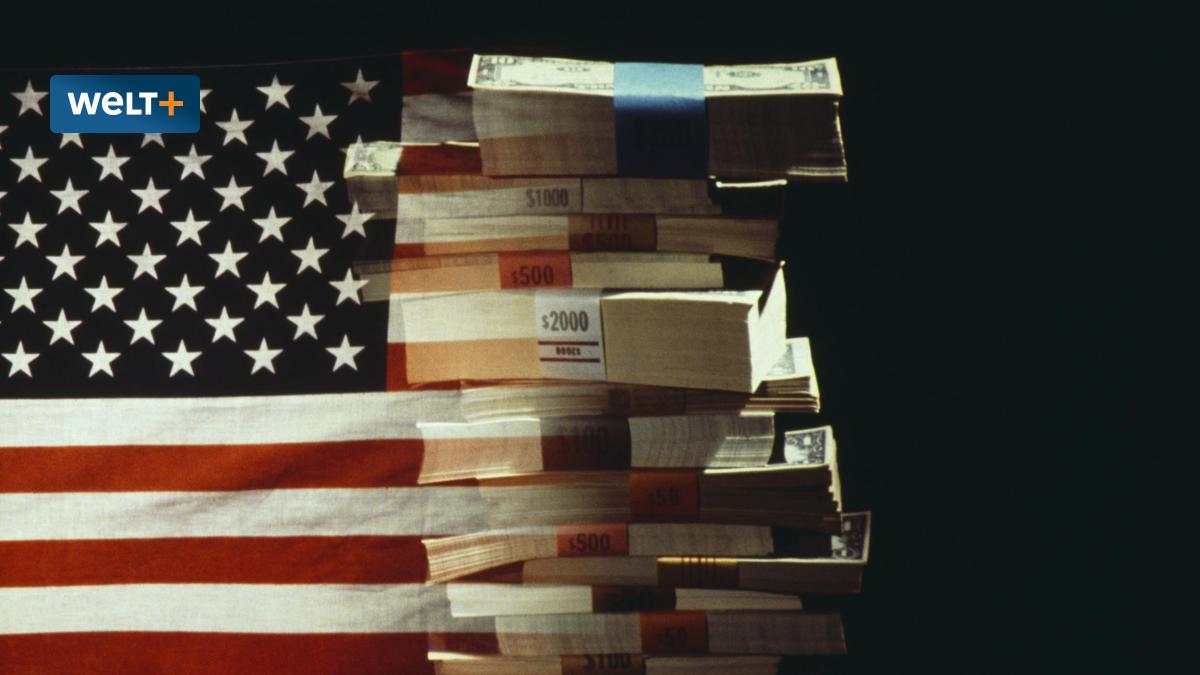 Business 2021-01-20T13:34:16.465Z
The PP and Cs Finance Councilors denounce Brussels for "sectarianism" of the Government with the distribution of European money 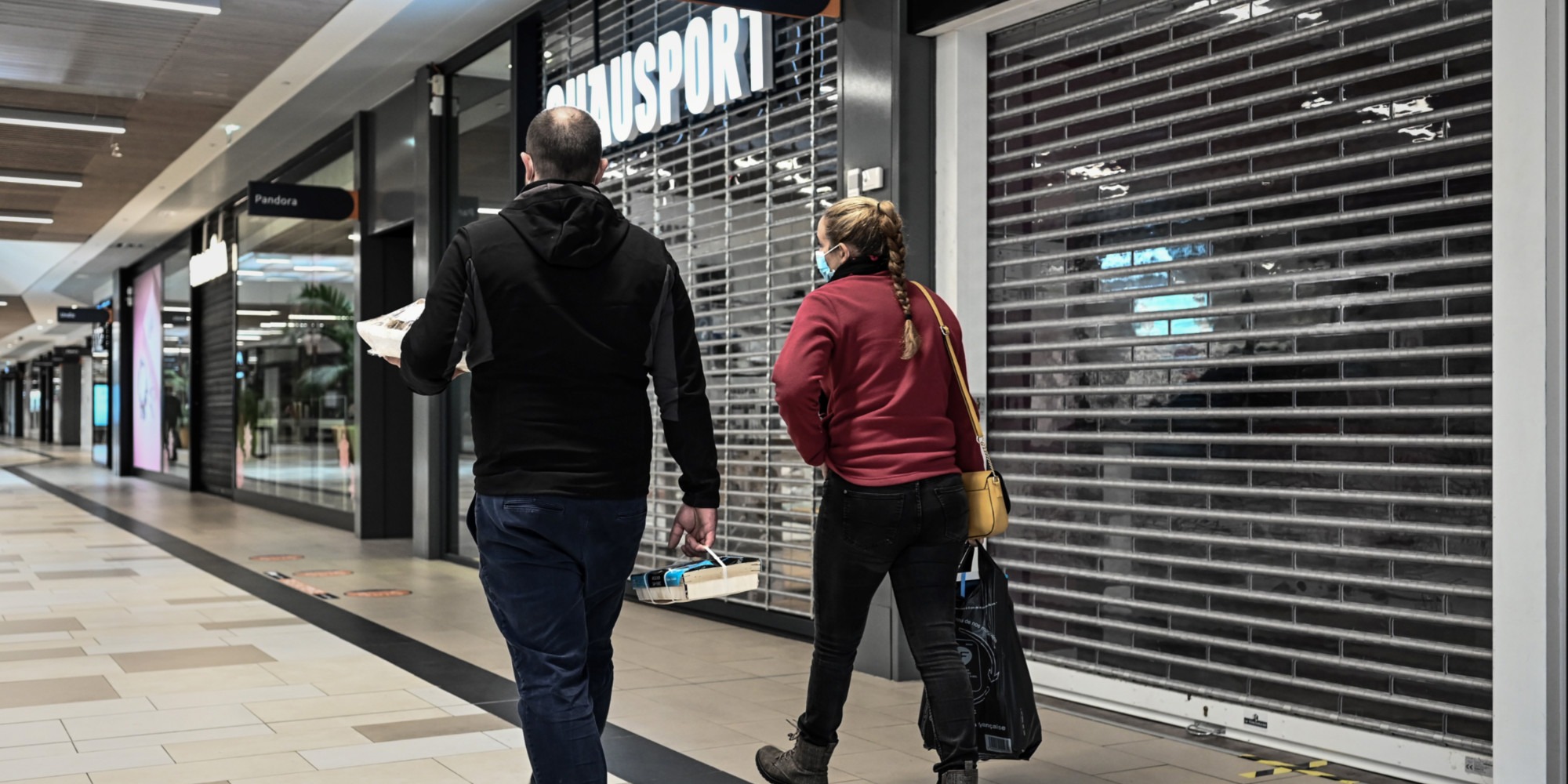