After France, Turkey, Georgia and Israel, Mike Pompeo arrived in the United Arab Emirates on Friday, November 20. The American Secretary of State is then expected in Qatar, then in Saudi Arabia ... 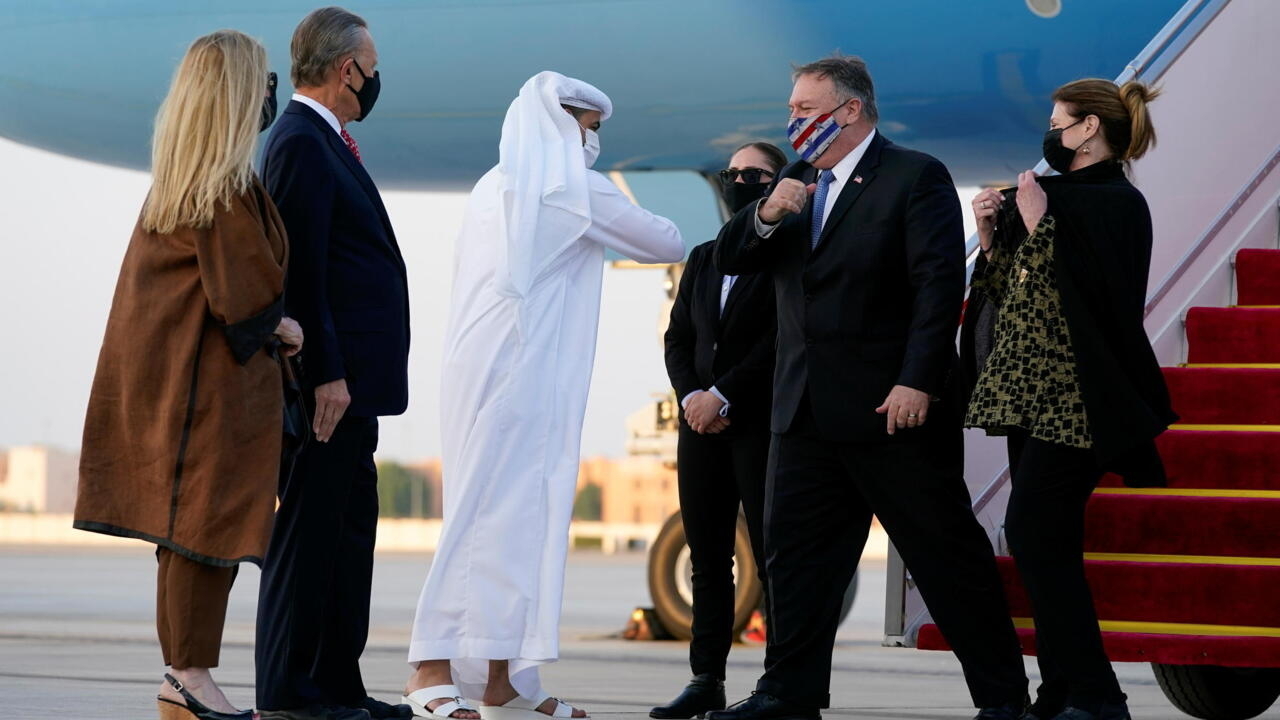 US Secretary of State Mike Pompeo arrived in the United Arab Emirates on Friday, November 20.

The US Secretary of State is then expected in Qatar, then in Saudi Arabia where he will close next Monday what could be his last visit to the Gulf.

With our correspondent in Dubai,

It is therefore in the Arabian Peninsula that Mike Pompeo ends his 10-day trip to Europe and the Middle East.

On Friday, the US Secretary of State landed in the United Arab Emirates where it will be a question of "cooperation in matters of security".

Then, Mike Pompeo will fly to Qatar, where he will meet negotiators from the Taliban and the Afghan government, whose talks show signs of progress.

unity of the Gulf

" will also be at the heart of these discussions in Doha.

Because since June 2017, the tiny gas emirate has indeed been accused of being too close to the Muslim Brotherhood and Iran: the two sworn enemies of Saudi Arabia.

If Doha is therefore ready to make concessions, these will then be reported to Saudi Crown Prince Mohamed bin Salman.

The head of American diplomacy will indeed end his trip to Saudi Arabia.

He should also advocate the normalization of relations with Israel.

In short, Mike Pompeo came to consolidate a very positive assessment for the leaders of the Gulf who for the most part favored the re-election of Donald Trump.