The world’s largest 5G independent networking is completed and commercialized, which will bring these new changes

China News Service, Guangzhou, November 21st (Reporter Wu Tao) At the 2020 China Mobile Global Internet Conference held from the 19th to the 21st, China Mobile revealed that it has built the world’s largest 5G independent network, which is actually the fourth Commercial use has begun in the quarter.   According to China Mobile's forecast, by 2025, domestic 5G will drive a market of nearly 10 tr 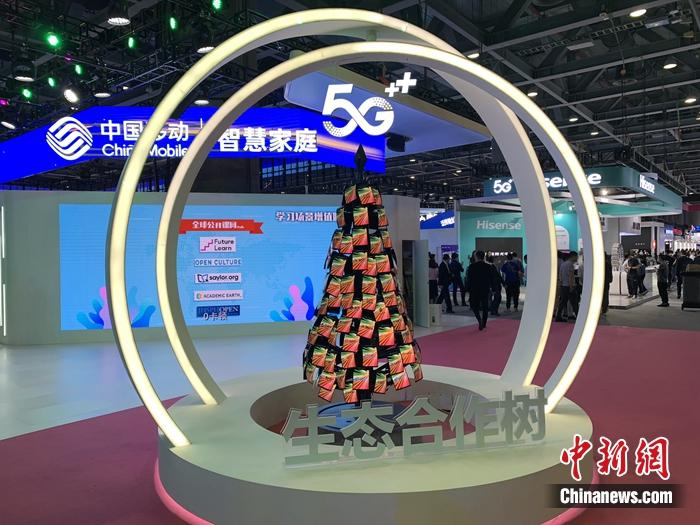 China News Service, Guangzhou, November 21st (Reporter Wu Tao) At the 2020 China Mobile Global Internet Conference held from the 19th to the 21st, China Mobile revealed that it has built the world’s largest 5G independent network, which is actually the fourth Commercial use has begun in the quarter.

Come and see what new changes are under 5G independent networking.

Your town may have a good 5G network next year

"China Mobile has exceeded the goal of 5G base station construction this year, and all prefecture-level cities and some key counties provide 5G independent networking services."

On the 20th, Yang Jie, Chairman of China Mobile, stated at the above conference that good 5G coverage in cities, counties, urban areas and some key towns across the country will be basically achieved in 2021.

According to reports, China Mobile currently has 385,000 5G base stations opened, exceeding the construction target for this year, and 5G independent networking covers 337 cities across the country.

Based on the overall consideration of the three major operators, Deputy Minister of Industry and Information Technology Liu Liehong said on the 11th that my country has built nearly 700,000 5G base stations and the number of 5G terminal connections has exceeded 180 million. Good infrastructure has promoted many new applications based on 5G.

Not only are there more 5G base stations, but also more and more 5G terminals.

"From an industry perspective, 5G terminals will enter explosive growth. At present, the proportion of 5G mobile phone shipments has rapidly increased from 15% at the beginning of the year to 60%, and will further increase to more than 80% next year." Deputy General Manager of China Mobile Jian Qin said.

According to the latest data from the China Academy of Information and Communications Technology, in October, the shipment of 5G mobile phones in the Chinese market was 16.76 million units, which continued to increase to 64.1%.

"It is estimated that by the end of 2020, the number of China Mobile 5G package users will exceed 150 million, and the sales of 5G mobile phone user terminals will exceed 100 million." Jian Qin said.

The scale of smart hardware will also grow rapidly. It is estimated that the sales volume of multi-form smart hardware for individuals, families, and industries will reach 1 billion units.

5G news is in progress.

The 5G news that has received much attention has also made new progress at this conference.

China Mobile said that it will accelerate the promotion of 5G messaging and SMS applets. When using 5G terminals, SMS will be upgraded to rich media, interactive and intelligent 5G messages, and ordinary terminals will use SMS applets.

Some media said that 5G news will be launched at the end of the year at the earliest.

However, a reporter from China News Network contacted China Telecom and China Unicom, and they have no new information to disclose.

Currently, the three major operators have different progress in the construction of 5G news.

Ordinary users may be more concerned about whether 5G news will adopt a charging model?

During the conference, Jian Qin revealed that in terms of 5G messaging, the next step will be to try to share business development benefits with partners, and jointly expand the scale of 5G messaging business with the industry.

In the 5G era, video calls are entertaining.

In short, calls are more entertaining.

In the 5G era, SIM cards are also undergoing changes.

But at present, 5G applications are more concentrated in the industrial Internet.