Dubai Customs completed 688,201 claims, amounting to 4.6 billion dirhams, during the first nine months of this year. The innovative "smart reinsurance system" platform, which deals with 5,000 requests per day, enables customers to submit claims around the clock, seven days a week. What 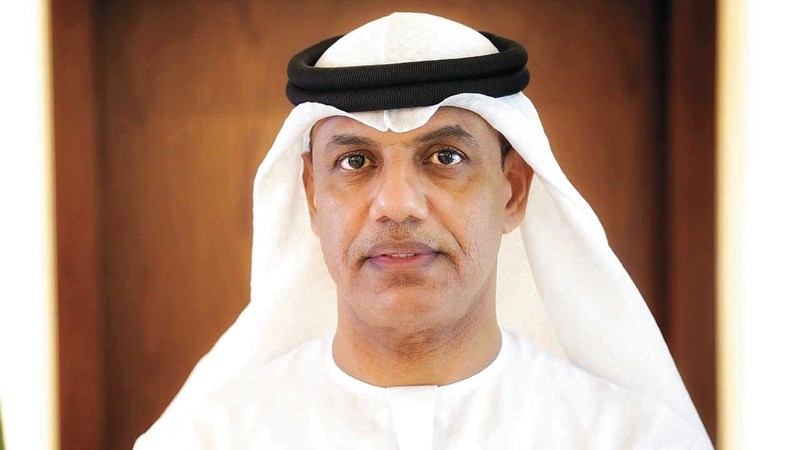 The "smart reinsurance" platform deals with 5,000 applications per day

Ahmed Mahboob Musabih: "Dubai Customs is moving towards the next 50 years, relying on the requirements of the Fourth Industrial Revolution."

Dubai Customs completed 688,201 claims, amounting to 4.6 billion dirhams, during the first nine months of this year. The innovative "smart reinsurance system" platform, which deals with 5,000 requests per day, enables customers to submit claims around the clock, seven days a week. This saves customer time and effort, and reduces costs for companies, in addition to supporting Dubai Customs’s ability to calculate recovered insurances in a simpler and more accurate manner. It also reduces, in an unprecedented way, the period required for reinsurance.

The Director General of Dubai Customs, Ahmed Mahboob Musabih, said in a statement yesterday: “Dubai Customs is steadily moving towards the next 50 years, relying on the requirements of the Fourth Industrial Revolution, including innovative customs systems and projects, which establishes Dubai’s location as the smartest city in the world and fulfills the Department’s vision in That the customs administration be the world leader in legitimate trade, ”stressing that the performance and numbers achieved by the department in its customs sectors, which are announced, indicate a rapid recovery of the commercial sector from the repercussions of the Corona virus.

He added that «the directives of His Highness Sheikh Mohammed bin Rashid Al Maktoum, Vice President and Prime Minister of the UAE and Ruler of Dubai, and the incentive packages that he directed to implement, which amounted to 6.8 billion dirhams, pushed the national economy and provided immediate and strong support to companies and investors, which is what we see. »In the strength of Dubai’s foreign trade during the first half of this year, at a value of 551 billion dirhams, and the number of customs transactions for the same period, which exceeded 7.2 million transactions.

Musabih added: “The value of recovered insurance from the beginning of this year until the end of September amounted to about 3.5 billion dirhams.

Regarding electronic clearing operations, the number of approved direct automatic transfer claims recorded 76.39 thousand claims, with a value of transferred customs duties amounting to 382 million dirhams for the same period.

He pointed out that the process of closing insurance refund requests contributes to providing liquidity for companies and attracting more new investments in the country, and the improvements made to the smart reinsurance system platform have led to reinsurance and guarantees for customers quickly, accurately and transparently, and the system supports many functional capabilities. Including the submission of claims around the clock and seven days a week, and a central unit for processing claims, and also allows checking the validity of claims automatically during submission, and follow-up of the status of submission of documents, in addition to the comprehensive processing of claims up to the financial settlement, and the application also supports the submission of requests and follow-up via smart devices.

The Director of the Customs Insurance and Clearing Department at Dubai Customs, Mohammed Al Hashemi, said: “The Customs Insurance and Clearing Department, despite the repercussions of the Coronavirus, recorded a strong performance during the first nine months of this year, thanks to the advanced technology that the department invested in. The smart reinsurance system, the first of its kind in the world, is an advanced innovation, which has resulted in many benefits for customers and the department alike. ”He pointed out that Dubai Customs is the first customs department in the Gulf Cooperation Council countries to provide insurance recovery service. On customs duties electronically.

One billion dirhams of Dubai's foreign trade during the first half of this year.