Chinanews client, Beijing, November 21 (Reporter Xie Yiguan) The 2020 "Double 11" incarnation of the "nunchaku" has turned men and women into "native eaters", as well as a flood of consumer rights protection information.   On the 20th, the China Consumers Association released the "Double 11" consumer rights protection public opinion analysis report. Through the online big data public opinion an 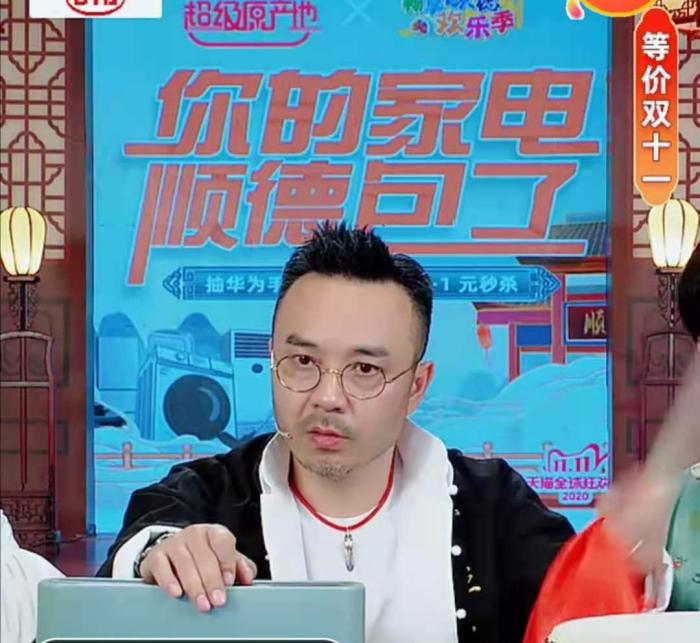 Chinanews client, Beijing, November 21 (Reporter Xie Yiguan) The 2020 "Double 11" incarnation of the "nunchaku" has turned men and women into "native eaters", as well as a flood of consumer rights protection information.

On the 20th, the China Consumers Association released the "Double 11" consumer rights protection public opinion analysis report. Through the online big data public opinion analysis of the relevant consumer rights protection situation from October 20th to November 15th, it found that consumption during the "Double 11" promotional activities this year Negative information was mainly concentrated in two aspects of live streaming and unreasonable rules, and named Wang Han and Li Xueqin live streaming to bring the goods "overturned" and Li Jiaqi's live broadcast room "not allowed to change after buying."

According to the China Consumers Association, during the monitoring period, a total of 334,083 pieces of negative information related to “live delivery of goods” were collected. The “slots” were mainly concentrated on the suspected fraudulent use of orders with celebrities, low satisfaction with after-sales service and poor experience. aspect.

"On the one hand, the falsification of'influence' indicators such as boasting of the number of viewers and'water injection' of sales data has formed an industry chain. On the other hand, competition in the industry such as malicious scalping, fancy kicks, and false reports has also polluted. Live broadcast ecology.” The China Consumers Association said, for example, Wang Han’s live broadcast of goods overturned suspects and Li Xueqin personally experienced live broadcast of goods fraud.

According to media reports, screenshots of Moments circulating on the Internet showed that on November 6th, Wang Han’s "Shunde special live broadcast", after a merchant paid a start-up fee of 100,000 yuan, 1,323 units were sold that day, and 1,012 units were refunded. The refund rate was as high as 76.4. %.

And other merchants have similar experiences, leading to shops receiving false transaction warnings on the platform.

In response to Wang Han’s suspected “swiping orders” behavior, Wang Han’s contractor Yinhe Zhongxing responded that “this is fake”. The company did not have any fictitious data or purchase traffic behavior.

The platform is currently involved in the investigation, and the specific source of the attack has not been identified.

On the 17th, the whistleblower Bai Tao issued a statement saying that the rumors of Wang Han's fraudulent goods were false and untrue.

According to media reports, on the evening of November 11, popular talk show actors Li Xueqin and Yang Tianzhen participated in a live broadcast event on a certain platform. Most of the people interacting with her were fake robot fans.

A staff member who participated in the live broadcast said that of the 3.11 million viewers at the end of the day, less than 110,000 were real, and the rest of the audience was spent on spending money, and the "fans" in the comment area cordially interacted with Li Xueqin. Most of the comments are made by machines.

In addition, the China Consumers Association said that although live streaming is very popular, a considerable number of merchants who only focus on gathering traffic and expanding sales actually do not have a corresponding after-sales service system.

At the same time, the responsibilities between the merchants and the anchors are not clear, and they "kick the ball" when they encounter after-sales problems, which in turn triggers consumers to watch and complain.

The routines are complicated and the calculations are too deep, "the woolen" people are repeatedly "cut leek"

The report shows that during the monitoring period, a total of 915,029 pieces of negative information related to promotion rules were collected, and the relevant public opinion was concentrated in three aspects: e-commerce selectively pushed coupons and accurately completed; if you do not combine the final payment, you cannot use full discount coupons, and do not pay. “Hard rules” such as the final payment cannot be refunded, the final payment must stay in the wee hours, and the double 11 day cannot be refunded; such as calculation full reduction, allowance, red envelope, combined purchase and other gameplay comparable to math test questions.

According to media reports, on October 16, when Ms. Han from Beijing used her mobile phone to shop on an e-commerce platform, she mistakenly used another mobile phone to check out, but unexpectedly discovered that the same product from the same merchant has been registered for 12 years. The premium member account that is frequently used and has a total consumption of nearly 260,000 yuan is 25 yuan more expensive than the ordinary account that has been registered for more than 5 years, is rarely used, and has a total consumption of more than 2,400 yuan.

Another consumer posted on Weibo, “I forgot to pay the final payment together. I don’t know how much I lost. I may save the fruit next month.”

Gao Jiesi has also become the object of netizens scrambling to complain.

"There is a discount for two purchases, but only one purchase? What kind of confusing behavior is this? Is the blatant false propaganda of Double Eleven okay?"

For this reason, the China Consumers Association stated that this year’s "Double 11" public opinion data has intensively released three signals: First, the "big data" hidden in the "gray area" of the network economy in various forms is unfair and unreasonable. Pricing, refusal to deal, and choosing one of two will face clearly defined laws and regulations and effective accountability.

The second is that both the old routines that rely solely on traffic thinking to dominate promotions or the so-called new gameplay designed based on "social algorithms" may face deconstructive changes, and the reshaping of the industry's consumer ecology may begin.

Third, new technologies and new business formats represented by "social algorithms" and live streaming products may accelerate the speed of "self-revolution" and iterative updates in the face of the choice of consumer behavior with feet voting.

The China Consumers Association reminds that all kinds of entities must take real measures to strictly control the quality of goods, abandon those preferential promotion routines that have seriously deviated from the spirit of openness and sharing of the Internet, and soberly grasp the opening of a new era of consumption, consumer formats and ecological reconstruction Good opportunity.

At the same time, consumers should gradually mature as they continue to enrich their shopping experience and consumption experience.