Mohammed bin Rashid: Our rational policies are the key to the state's sovereign financial stability

His Highness Sheikh Mohammed bin Rashid Al Maktoum, Vice President and Prime Minister of the UAE and Ruler of Dubai, said in a tweet on Twitter: “According to Fitch Ratings, the UAE Federal Government has achieved a sovereign credit rating (AA-) and a stable outlook, to be Within the top 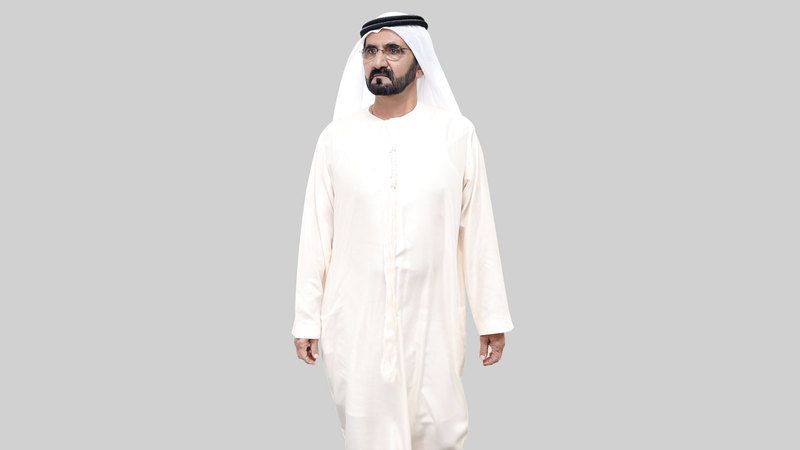 Mohammed bin Rashid: Our rational policies are the key to the state's sovereign financial stability

His Highness Sheikh Mohammed bin Rashid Al Maktoum, Vice President and Prime Minister of the UAE and Ruler of Dubai, said in a tweet on Twitter: “According to Fitch Ratings, the UAE Federal Government has achieved a sovereign credit rating (AA-) and a stable outlook, to be Among the highest in the region, ”His Highness added:“ Our rational financial and monetary policies are the key to the state's sovereign financial stability. My thanks are to all the working teams in the federal government for this achievement. ”

His Highness’s statements came on the occasion of Fitch’s global announcement yesterday that it has granted the UAE a sovereign credit rating (AA-) with a stable outlook.

The UAE’s obtaining of a strong credit rating, at this important time, reflects the country's great ability to overcome economic challenges, and the government's success in developing innovative economic, financial and monetary policies that enabled it to overcome the current conditions imposed by the spread of the Corona pandemic.

In detail, the UAE obtained a sovereign credit rating (AA -A) with a stable outlook by the global agency "Fitch", in a step that reflects the creditworthiness of federal government institutions and their distinct ability to formulate the necessary policies to continue growth, while maintaining the highest standards that ensure Disciplined credit performance of the country, supported by a wide range of strengths.

The UAE’s obtaining a strong credit rating at this important time reflects the country's great ability to overcome economic challenges, and the government's success in developing innovative economic, financial and monetary policies that enabled it to overcome the current conditions imposed by the spread of the Coronavirus pandemic, especially since the report relied on 18 An indicator that measures the economic, financial, banking and monetary fields, in addition to those designated for measuring the performance of the balance of payments and foreign trade.

His Highness Sheikh Hamdan bin Rashid Al Maktoum, Deputy Ruler of Dubai and Minister of Finance, affirmed that the country's strong credit rating has many elements behind it, on top of which is the effectiveness of strategies and policies for the economic, financial and credit sectors, in addition to government institutions with strong and disciplined performance.

His Highness said: “The UAE adopts an advanced method and an integrated approach to managing public money, and through the governance of all dimensions of the financial, monetary and credit systems, in a manner that ensures a disciplined and conscious interpretation of the provisions of the law, and contributes to raising the efficiency of financial performance, rationalizing public spending, and optimal utilization of financial allocations, as appropriate. Which helps in maximizing resources and managing them well.

His Highness added: “Government work teams in the relevant ministries and agencies are keen to draw financial budgets that are capable of realizing the boundless Emirati ambition, and within an integrated and realistic framework, in order to contribute to achieving economic goals, to continue the process of comprehensive and sustainable development, and to meet the needs of citizens and all those present. On the land of the state, and raising their standard of living, taking into account preserving the strength of the state’s public budget, the balance in government spending, and keeping the size of the public debt at its lowest levels ».

His Highness indicated that the UAE was one of the first countries in the region to strive to diversify the economic system and prepare for the post-oil phase, relying on its large financial capabilities, abundant oil reserves and advanced infrastructure.

His Highness said: “The UAE government has harnessed the elements of the country's strength to strengthen the pillars of a sustainable economy, supported by its strong foreign relations and a wide network of partners around the world, which made the UAE a global destination for money and business, and a destination for investors and major global institutions and companies.”

The international credit reports issued by major international agencies since the beginning of this year reflect the immunity of the UAE economy, despite the many challenges that have swept the global economy.

The credit strength of the UAE economy is evident in many indicators, such as its high per capita gross domestic product, low public debt rates, and the efficiency of tools and means of managing public money and balanced government spending.

During the past years, the government in the UAE was able to take advantage of the comparative advantages it enjoys, on top of which are the large oil reserves and the high sovereign assets to build an impenetrable dam wall that strengthened the capacity of the UAE economy and increased its ability to face difficulties and challenges, as the state occupied Distinguished among the most promising economies, in light of its firm desire to diversify the economic portfolio and supply it with new and innovative sectors and fields, such as investing in advanced technology, space and the future.

The data estimates the total combined assets of sovereign funds in the UAE at $ 1.3 trillion (4.76 trillion dirhams), while the country has large oil and gas reserves.

Fitch's rating, which comes as a continuation of other classifications issued by prestigious international bodies at the beginning and middle of this year, reflects the confidence of international institutions, especially those concerned with the credit rating, in the strength of the UAE economy and its ability to achieve a rapid and strong recovery from the repercussions that accompanied the spread of the new Corona virus. In the world, where the national economy has shown great strength and flexibility, which have made it praised by many global economic organizations and institutions.

• “The UAE government has harnessed the elements of power that the state possesses to strengthen the foundations of a sustainable economy.

The balance of economic policies

Fitch's rating highlights the effectiveness and balance of the economic and financial policies pursued by the UAE government, which has set a clear goal for itself to be one of the fastest economies recovering from the repercussions of the pandemic, which required the provision of support packages to help companies and economic entities of all sizes, while keen Federal authorities concerned with the economic and financial sectors, to provide all the necessary elements for the continuation of the growth rates that have always been one of the basic features of the UAE economy over the past years.

• 18 indicators that reflect the creditworthiness of federal government institutions.

• 4.76 trillion dirhams of total combined assets of sovereign funds in the UAE.