Tributes pour in after the announcement of Saëb Erekat's death 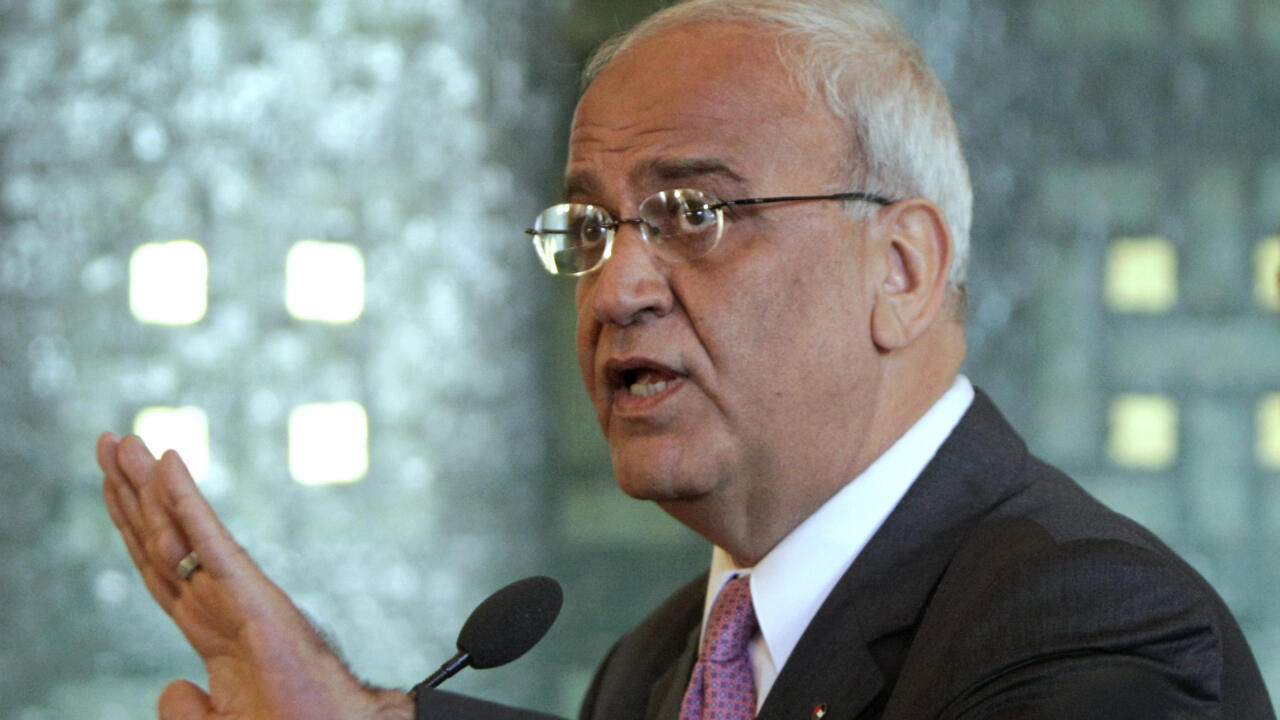 Tributes pour in after the announcement of Saëb Erekat's death

Saeb Erekat, the chief Palestinian negotiator, died on Tuesday in a hospital in Jerusalem.

A member of numerous Palestinian negotiating teams since the early 1990s, he was in favor of a two-state solution and negotiation with Israel.

He had become the main responsible for Palestinian diplomacy and since this morning tributes have been pouring in.

Tributes have come from all corners of the Palestinian political class.

President Mahmoud Abbas, whom Saeb Erekat remained close to until the end, said “

” and judged that this death was “

an immense loss for Palestine

support for the Palestinian cause

In his last months, Saëb Erekat was disappointed and even shocked.

Mohamed Erekat, the cousin of Saëb Erekat and professor of law at Al Quds University, in the West Bank

On the Israeli side, many political leaders from the center and the left have also praised his memory.

dedicated his life to his people

Saëb Erekat will be remembered as someone who preferred peace to violence,

" said Amir Peretz, the leader of the Labor Party and Minister of the Economy.

had made the vision of two states his life project

," notes for his part the leader of the left-wing Meretz party, Nitzan Horowitz.

International reactions did not take long either.

You have remained convinced that Israel and Palestine can live in peace, you have never given up on negotiations,

” wrote on Twitter the UN special coordinator for the peace process, Nickolay Mladenov.

I extend my deepest condolences to the family of #SaebErekat and the Palestinian people.

You remained convinced that #Israel and #Palestine can live in #peace;

never gave up on negotiations;

and stood proudly for your people!

We will miss you, my friend.

May you rest in peace!

Even Jason Greenblatt the former envoy of Donald Trump for the Middle East, with whom Saeb Erekat had cut ties, judged that the Palestinian diplomat "tried with force to represent his people".

Who to succeed him?

A strong supporter of a two-state solution, his long career now presents a significant challenge to the Palestinian leadership.

Because he has been in office for over 25 years, some people hold him responsible for the failure of the peace process.

Of course, he bears some responsibility.

But he can't be the only one.

It goes beyond his personal case.

What people didn't like was that he was there the whole time.

He should have resigned or changed.

He should have trained someone by his side.

There was no team around him,

On the one hand, we cannot blame him for the failure of the peace process, but on the other, he did not compose a team.

And I can tell you, it's going to be a problem,

I don't know who will replace him because he has no successor.

Of course, Abbas will nominate someone else.

But who will recover the records, the archives and remember the lessons learned from the past?