"Campus loan" fraud reappears in the first half of 2020

Chinanews client, Beijing, October 26 (Reporter Xie Yiguan) On the 26th, the China Consumers Association issued a consumer warning saying that due to the current "campus loan" market, the threshold for loan business is low, the qualifications of operators are uneven, and the identity review is ineffective A series of problems, such as opacity of contract information and insufficient risk warning

Chinanews client, Beijing, October 26 (Reporter Xie Yiguan) On the 26th, the China Consumers Association issued a consumer warning saying that due to the current "campus loan" market, the threshold for loan business is low, the qualifications of operators are uneven, and the identity review is ineffective A series of problems, such as opacity of contract information and insufficient risk warning, have caused some illegal lending institutions to turn "campus loans" into "campus harm", causing negative social impact.

Some media investigations found that “campus loan”-related scams had a high incidence in the first half of 2020. By searching for “campus loan” fraud keywords on multiple social software platforms, a large number of users reported their experience of being deceived.

"Canceling campus loan" is a scam

Recently, new scams of "writing off campus loans" have appeared in many places across the country. Many college students who are currently in school and have just graduated have been "successful". The amount defrauded ranges from several thousand to several hundred thousand, and the impact is very bad.

According to statistics from research institutions, in the first half of this year, more than 288,000 negative public opinion information related to online loan fraud were monitored. Among them, nearly 93,000 scams involving “cancellation of campus loans” accounted for 32.14%.

It is understood that the "cancellation of campus loan" fraud methods are mainly divided into two categories. One is for those who have registered online loan platform accounts or have loan records. The scammers will claim that "According to the relevant national policies, they need to cooperate with the cancellation of accounts, otherwise it will affect personal credit "; The second is for unregistered online lending platform accounts or no loan records. The scammers claim that "your identity information has been stolen and you have registered an online lending account, and you need to cooperate in cancellation, otherwise it will affect your personal credit."

Because scammers can accurately tell the other party’s real name, ID number, school name, and even consumer records and other private information, it is easy for students to relax their vigilance. Some scammers also take the initiative to show their ID cards, badges and other information to students. To gain trust, students will eventually transfer all the loans withdrawn from the online loan platform to the scammers' personal accounts called "check accounts", which are actually scammers.

According to media reports, on October 8, 2020, Xiao Chen from Yangzhou, Jiangsu Province suddenly received a call from the customer service of a certain loan company. The other party claimed that Xiao Chen had not repaid a 9,000 yuan "campus loan" he had borrowed while he was in college. The country is vigorously rectifying campus loans, if Xiao Chen does not repay it, it will affect personal credit.

Although Xiao Chen never borrowed a campus loan during school, he was surprised because the information provided by the other party was not bad at all.

The other party suggested that Xiao Chen's loan record would be cancelled as long as he did what he said, and his personal credit would not be affected.

Under the guidance of the other party, Xiao Chen applied for loans from multiple APPs, and finally applied for three loans totaling 65,000 yuan.

Subsequently, according to the request of the other party, the loans were transferred to three unfamiliar personal accounts.

After Xiao Chen operated as required, the other party asked him to delete all the downloaded apps.

At this time, Xiao Chen realized that something was wrong, and hurriedly opened the previous loan app for verification, and found that he had lost more than 60,000 yuan in one afternoon.

"Routine loan" sneaked into the campus

According to the China Consumers Association, “routine loans” generally publish small advertisements through social media frequently used by students such as WeChat, QQ, and Weibo or in student-intensive areas on campus, and declare that “no threshold, zero interest, and no guarantee”. It is very attractive to college students who have not been deeply involved in the world.

Once the students are "on the hook", these illegal lending companies will quickly handle loans for the students, and "set up a set step by step" by setting contract traps, issuing IOUs much higher than the loan amount, and deliberately making students overdue.

If the borrowing student is unable to repay the loan, the lending company may take the initiative to introduce another lending company and repay it by "removing the east wall to make up the west wall", which will make the students’ debts grow bigger and bigger; or use telephone intimidation, Violent debt collection by means of containment and interception.

The "routine loan" seriously threatens the personal and property safety of college students and their families, and may even lead to tragedies such as being forced to run away from home and commit suicide.

According to media reports, college student Xiao Li wanted to buy the latest mobile phone, so he found a company's online loan platform through an advertisement forwarded by QQ group.

After providing relevant information, a 5,000 yuan loan was successfully processed.

Because Xiao Li was unable to repay the loan on time, the interest rate was getting higher and higher, and the loan increased from 5000 yuan to more than 100,000 yuan in just 6 months.

Because of fear, Xiao Li kept it from everyone until the threatening text messages appeared on the phones of family and friends one after another, and the door of the house was also splashed with paint, with the words "debt not repaid, intolerable".

In the end, Xiao Li chose to report the crime with the help of his parents.

An investigation by the public security organs found that the company "routines" more than 700 college students within one year.

Lenders trick college students into signing a loan contract with a false amount, deduct the advance payment on the grounds of audit fees and security deposits, falsify the bank flow of funds and inflate the loan amount, and conduct violent debt collection.

In the end, the court sentenced the company's eleven defendants, including Gao Mou, to imprisonment ranging from one to eight years for fraud and extortion.

"Training loans", "Entrepreneurship loans" and other vests emerge in endlessly

As the country has stepped up its efforts to rectify unhealthy “campus loans”, some illegal institutions have changed their faces in order to evade investigation by the regulatory authorities, some under the banners of “training loans,” “business loans,” “jobs, loans”, and “graduation loans”. , Adopting more covert marketing methods to continue to lend illegally to college students; some put on “vest” such as installment shopping malls or loan supermarkets to cover, but the essence is still a bad “campus loan” trap.

For example, the Leading Group for Prevention and Handling of Financial Risks and Illegal Fund-raising Work in Nanhai District, Foshan City, Guangdong Province disclosed in the anti-illegal fund-raising publicity month activity launched in June 2020 that some illegal training institutions often enter campuses in the name of employment seminars and agency recruitment. In publicity activities, in interviews or career assessments, the applicants are required to "loan training" on the grounds of "lack of work ability", and "can work in a company or branch or even a partner unit after training" and "100% employment" "Loans are free of handling fees, interest-free, and 0 down payment", etc., to trick students into signing a "training loan" contract with their designated third-party lending platform.

In the meantime, these lawless institutions deliberately obscured their business scope, carried out exaggerated and false publicity, concealed loan risks, and even cooperated with third-party lending platforms to illegally lend money to students who were unable to repay, and eventually caused students not only to lose their jobs, but also to be burdened. High debts have a bad social impact.

In order to better protect the property safety of the majority of students and prevent them from falling into all kinds of "campus loan" traps, the China Consumers Association issued the following consumer warnings to the majority of young students: First, beware of the "cancellation of campus loan" scam and do not transfer money to unfamiliar accounts; It is necessary to establish a correct consumption concept and do a good job of the preliminary work when handling loans; third, take the initiative to learn financial consumption knowledge and keep personal information; fourth, keep relevant vouchers and actively report to relevant departments. 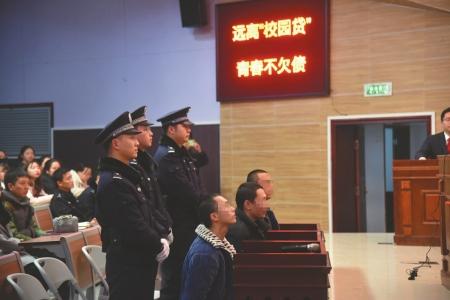 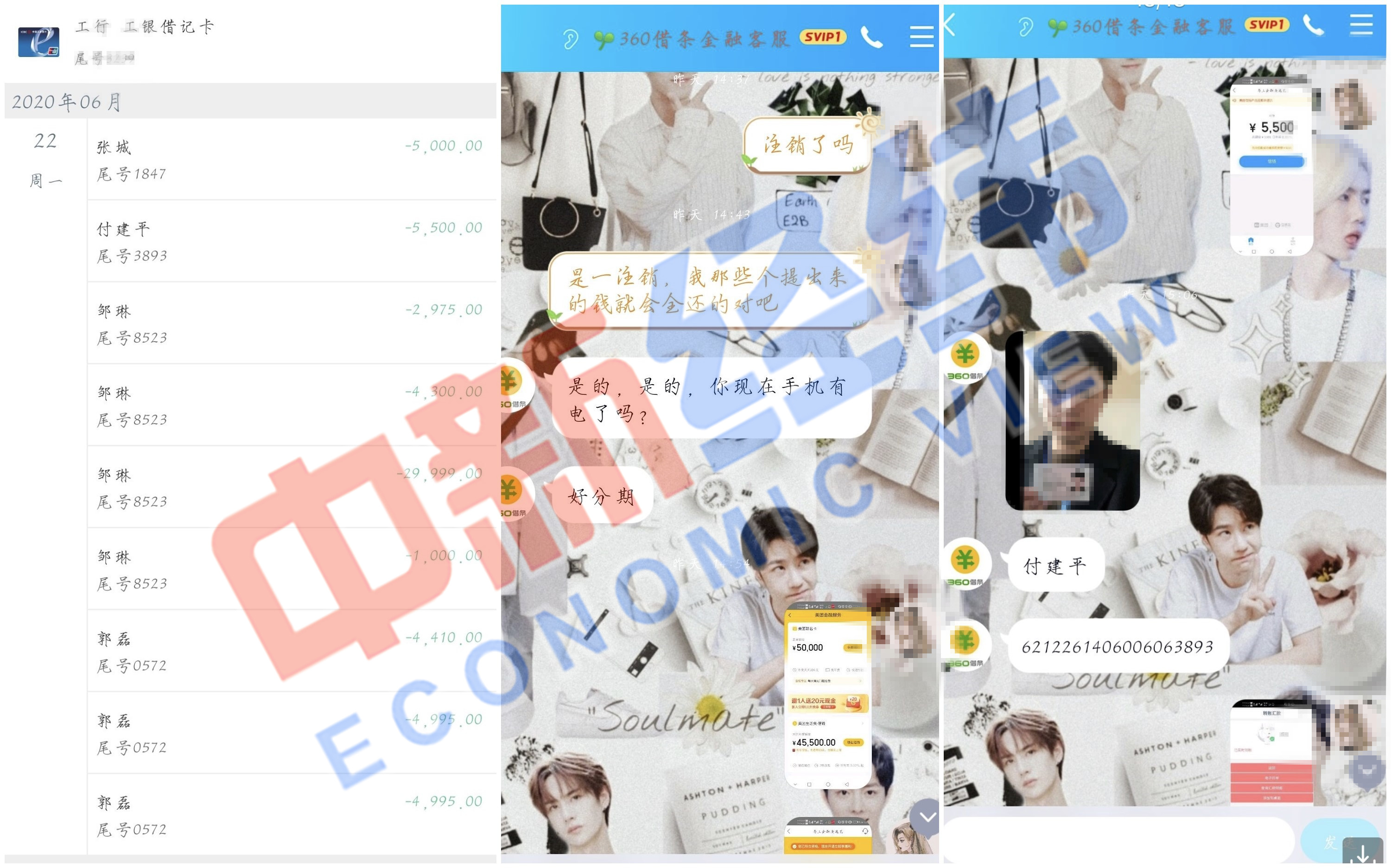 Life/Entertain 2020-06-16T03:55:54.981Z
"Billing a single day for a hundred dollars?" Be wary of the traps behind the promotion of online loans for college students 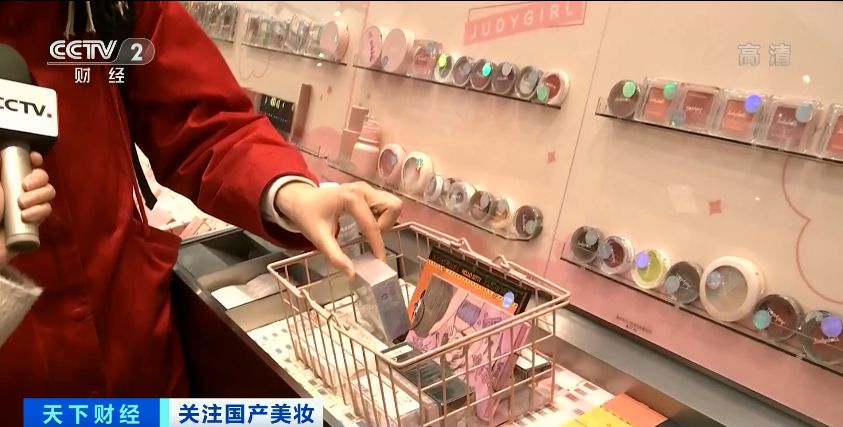 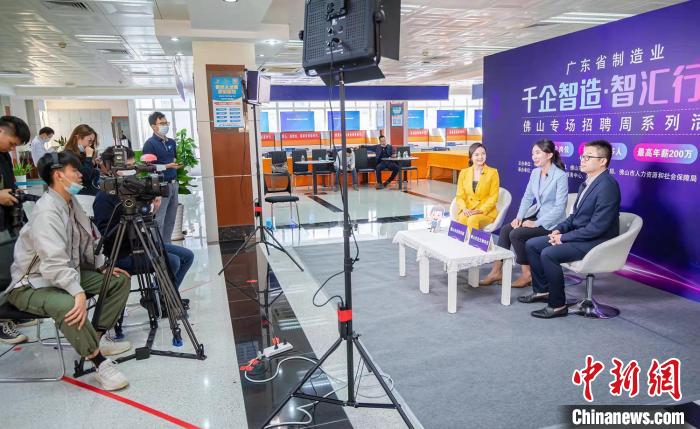