Mubadala Investment Company (Mubadala) announced yesterday that it has entered into a strategic partner in the German company, Evoteq SE, which specializes in the field of drug discovery and advanced treatment systems, through investments of 200 million euros (820 million dirhams). Evoteq announced that it will issue 11 million 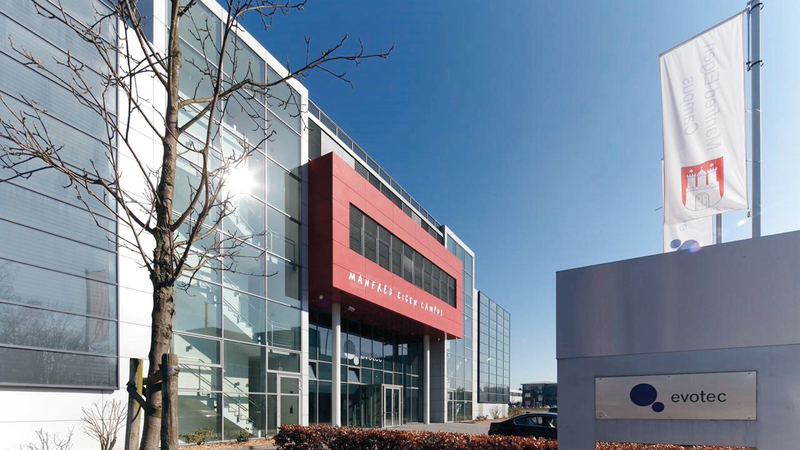 It will be dedicated to developing biological medicines

Evoteq occupies a prominent position in the field of research and development related to the pharmaceutical industry.

Mubadala Investment Company (Mubadala) announced yesterday that it has entered into a strategic partner in the German company, Evoteq SE, which specializes in the field of drug discovery and advanced treatment systems, through investments worth 200 million euros (820 million dirhams).

Under this capital increase, Mubadala, which has strategic investments in the healthcare sector, will invest 200 million euros in exchange for the acquisition of shares in Evoteq on the basis of 21.7802 euros per share, equivalent to about 5.6% of the remaining shares.

Novo Holdings AS, one of Evoteq's current shareholders, will also invest 50 million euros to support Evoteq's ambitious growth program, and raise its share in the company to about 10.9% of the remaining shares.

Evoteq has succeeded in developing a unique strategy that qualifies it to become a world leader in the development of innovative and integrated treatment regimens that are the best and first of their kind, which will result in a long series of joint new products.

Evoteq has significantly expanded its operations worldwide, with more than 3,400 employees currently working in 14 locations around the world, including Germany, the United States, France, Italy, the United Kingdom and Austria.

Evoteq seeks to take advantage of its proprietary technologies and its wide network of distinguished partnerships, in order to improve access to many effective and effective medicines, and make them available to consumers around the world.

Future investments will be used to support Evoteq’s strategy and help it implement the next phase of strategic growth, which includes: implementing the strategy to strengthen the global infrastructure for biological medicines, investing in biomedical prediction techniques, as well as investments in new treatments for cells and genes in diabetes and diseases. Rare and neoplastic.

The strategic growth stages also include: investing in facilitating access to patient data, to develop advanced treatments for kidney, liver, tumors, heart and gynecological diseases, among others, in addition to developing stem cell therapy and machine learning programs, and enhancing the company's presence in all of its current locations in the United States of America and Europe. And faster progress is being made in implementing the strategy to transition from academia to industry, and the strategy of investing in innovation-based assets.

Camila McCabelli, Head of the Pharmaceutical Industries and Medical Technology Unit at Mubadala, said: “Evoteq operates under the leadership of a highly experienced team, follows a unique approach to its work, possesses advanced technology, and occupies a prominent position in research and development related to industries. Pharmaceutical and biotechnology, a field whose vital importance has clearly emerged during the current challenges facing the world.

"We will work with Evoteq and its partners to support the strategic growth of this company, through this investment, as well as by employing our wide corporate network."

We are honored that this well-known investment company, with a proven track record of successful long-term investments in sustainable projects around the world, has chosen to invest in Evoteq on the basis of a long-term vision.

This investment will enable us to take faster steps in implementing our strategy to create an integrated global system for research and development in the field of pharmaceuticals, from discovery to commercial manufacturing. ”

Evoteq has more than 3,400 employees in 14 locations around the world.