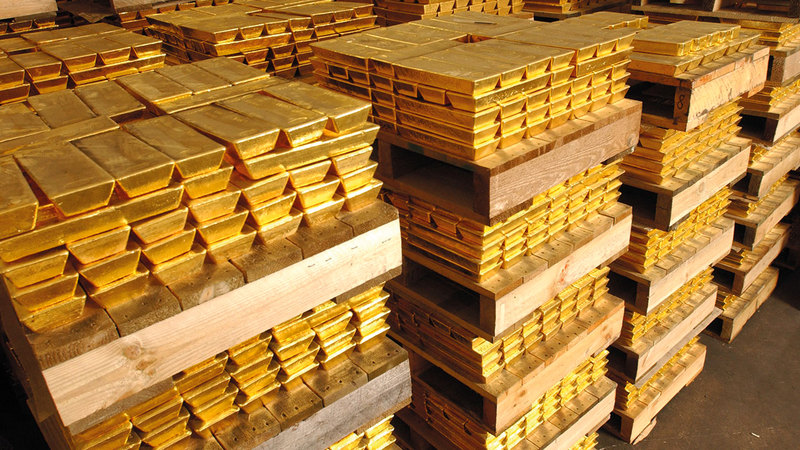 Two experts: Gold is an investment of guaranteed value and a safe reserve to face crises

Two banking experts said that gold is a safe reserve to face crises and invest the value of the content, stressing that the UAE Central Bank has an effective policy in managing and diversifying its assets.

Gold is included among the various assets owned by the Central Bank, including: liquid funds, certificates of deposit, and securities held to maturity.

In April 2015, the UAE Central Bank decided to return to forming gold reserves for the first time in eight years.

Gold is also considered one of the safe havens for investment, in light of the instability of financial markets and the decline in oil prices, and it is classified as the best saving vessel to preserve the value of money, as global central banks seek to strengthen their gold as a deposit of value and insurance, in times of crisis and poor economic conditions.

Gold is also used as an international currency for trading, as the United States, China and India possess huge stocks of the precious metal.

Banking expert Ahmed Youssef said that all central banks around the world view gold as an investment and store of virtually risk-free value, especially in light of the current situation. Therefore, there is a great demand to acquire and keep it, as one of the strong and guaranteed assets.

Youssef added, "The financial situation in the UAE is characterized by strength and maintaining good levels of foreign currencies and gold, among the assets of the Central Bank, which reduces risks and increases investor confidence."

In the same context, the banking expert, Amjad Nasr, said that most central banks around the world are raising their balance of gold, because this represents a safe reserve to face crises, especially in light of the uncertainty in the global market.

Nasr emphasized that the UAE Central Bank has an effective policy in managing and diversifying its assets, which has proven to be very feasible over the past decades.

He pointed out that there is an upward path in gold prices, which makes it an investment of guaranteed value, and a strong line of defense in confronting unfavorable conditions at the economic level.

Nasr indicated that central banks consider gold as a strategic reserve that enhances the durability of their financial position, and increases the currency's strength, in addition to exports and national product.

Stability of employment in banks

Data issued by the Central Bank yesterday showed that the employment situation in banks has stabilized during the period from April to August 2020, as the number of employees working in banks did not witness any changes, and the number remained at 35,423.

The value of checks that were traded through the "Emirates Check Clearing System" amounted to about 650.4 billion dirhams during the first eight months of 2020, while their number reached 13.99 million checks.

The gold balance reached 8.98 billion dirhams by the end of August. 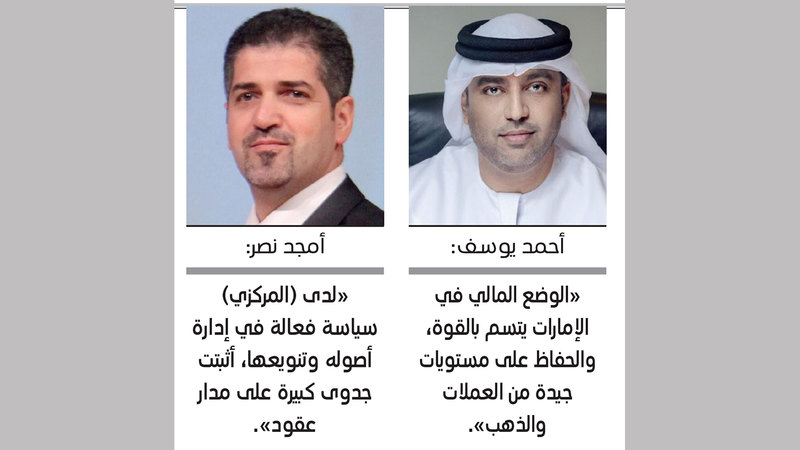