Reporter Kwon Ae-ri, a friendly economy in life. Reporter Kwon, the stock market and BTS are both very hot topics, mainly young people. Recently, investors are paying attention to the combination of the two? Yes. 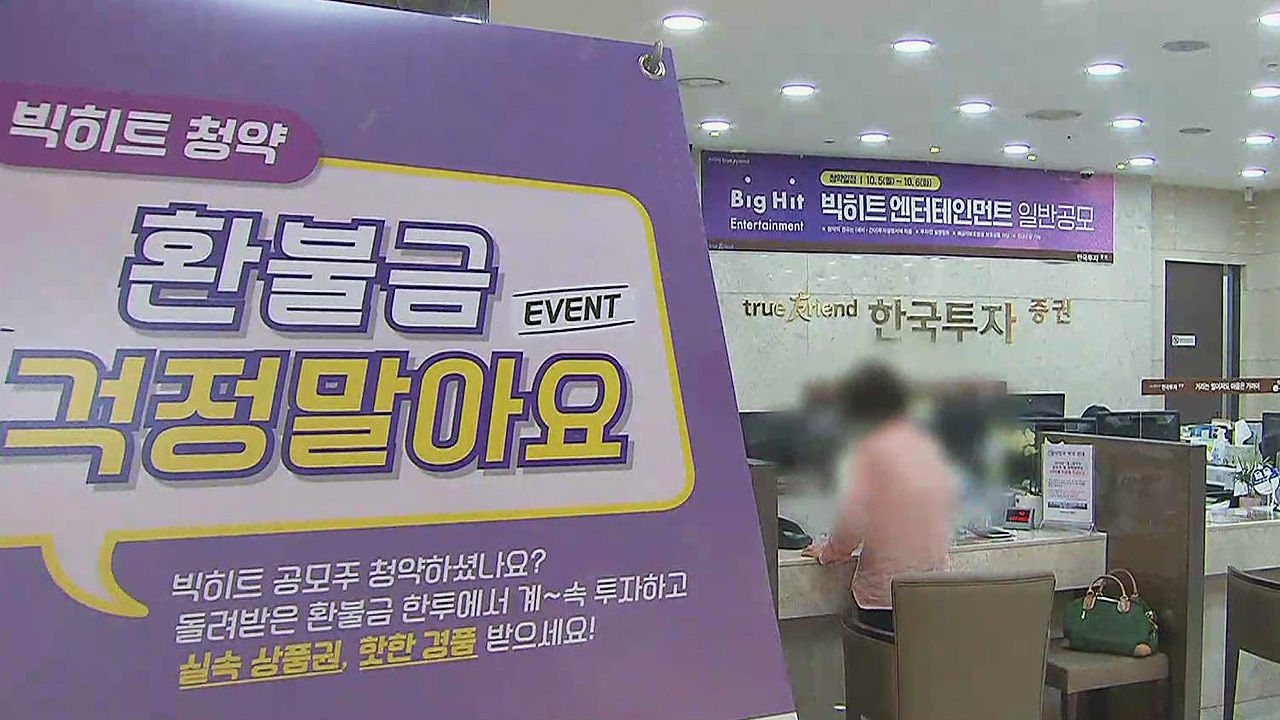 Reporter Kwon, the stock market and BTS are both very hot topics, mainly young people. Recently, investors are paying attention to the combination of the two?

There are many people who have started studying stock these days.

Or "What should I consider while looking?"

There seem to be a lot of people who are curious, so I'm going to see you today (6th).

Public offerings are quite similar to apartment sales that many people are familiar with.

Those who said that they have subscribed for one to two hundred million now, so to speak, put it in the general sale of the super popular complex once.

If you don't, you'll get the money back.

It's as if the reconstruction complex increases the number of households and sells it to general sales.

Companies that want to enter the stock market are subject to review by disclosing their corporate details.

The initial value of the stock is determined based on the demand forecast of institutional investors such as securities companies and banks.

The general sale of apartments is also a little in terms of the original total quantity.

An apartment has a higher subscription price to increase the chance of winning, but the larger the amount of margin stipulated to subscribe to the public offering, the more favorable the competition is.

That's what it says.

Depending on the competition rate, the number of shares you receive will be different, and the rest will be refunded.

By the way, BTS and BTS' agency Big Hit Entertainment started the public offering process and subscription through the procedures described by reporter Kwon, right?

BTS is the most popular boy group in the world right now.

It is said that companies belonging to these groups are entering the stock market.

In addition, 20% of all listed stocks are said to be sold in general, so on the first day of the subscription, a margin of KRW 8.6 trillion came in.

Margin is 50% of the size you want to buy, so you can assume that yesterday's money to buy the company's stock worth 17.2 trillion won was this much.

It usually comes in on the second and last day of the subscription, so today is the key.

However, in fact, in the second half of this year, the price of public offering stocks for Big Hit came out several times higher than that of Kakao Games and SK Biopharm, which had a huge enormous enthusiasm for offering stocks.

Even so, if today's Big Hit subscription ends as competitive as Kakao Games, those who put 100 million won can take only one Big Hit public offering.

However, for this to happen, today's subscription margin needs to come in at an additional 120 trillion won.

The odds are low.

Anyway, it is true that the heat is hot anyway.

You can take a week even if you put 100 million.

It seems like there is a huge amount of money coming.

But let me tell you what to look at from now on, this year's opening of public offerings is also because the prospects of these companies are so good, but in fact, the current low interest rate is one of the reasons.

Even if the average person thinks that the stock has the potential, it is not easy to move it by hundreds of millions of dollars.

They say it's money to get back, but it's probably money that was tied up or borrowed.

It is difficult to attract such a lot of money if the profits of the bundle were good or the loan interest rate was high.

So, if a company that you want to be okay is listed these days, it can be said that going back and forth by dozens of trillions is that the low interest rate is giving a very sparkling lighting effect to the company's future.

These days, the real average people have too much margin, so "Oh, I'm alienated here too."

It's easy to get frustrated, but the lights can be turned off.

Of course, the public offering stocks come at a time when companies that have a lot of promise are likely to be successful.

So, in the beginning, there is a perception that it will rise.

You've heard a lot these days.

The so-called Tasang, Tatasang, SK Biopharm and Kakao Games entered the stock market after making a huge hit, and as soon as they were listed, it rose to the highest level that could rise for several days in a row.

However, if you look at the stock prices of both of these companies now, they have been on the decline since the first few days.

In particular, institutional investors who received a large amount of money at the time of listing on the condition that they will not sell for a certain period of time are selling a lot after the tied period is over.

I am not saying that the future of the star contributors is not so bad.

However, since it was too hot at the beginning, I was convinced by looking deeply at the company's contents, rather than thinking, "Should I not be alienated?"

It is that there are times when there is an unexpected result if you share in a hurry.

The company's stock prices may rise again, but those who put in short-term funds will be nervous now.

In addition, individual investors who have not obtained public offering stock follow after listing and scam. All is good, but the hotter the stock, the more you need to watch it twice and see it three times.