What does the 61 million yuan penalty mean to Ruixing?   Ruixing: Respect and resolutely implement the punishment decision and comprehensive rectification has been carried out on related issues   On September 22, the State Administration for Market Regulation imposed administrative penalties on 45 companies involved in the case, including Ruixing China, for suspected fraudulent transactions an

What does the 61 million yuan penalty mean to Ruixing?

Ruixing: Respect and resolutely implement the punishment decision and comprehensive rectification has been carried out on related issues

On September 22, the State Administration for Market Regulation imposed administrative penalties on 45 companies involved in the case, including Ruixing China, for suspected fraudulent transactions and other unfair competition, with a total penalty of 61 million yuan.

On the same day, Ruixing Coffee stated that it respects and resolutely implements the punishment decision made by the relevant state departments in this investigation, and has carried out comprehensive rectification on related issues.

A reporter from the Beijing Youth Daily learned that this punishment may just be the beginning of the punishment of Ruixing by functional departments.

The State Administration of Market Supervision on 45 companies including Ruixing

On September 22, the State Administration of Market Supervision reported that Luckin Coffee falsely increased the sales revenue, cost, and profit of related products with the help of a number of third-party companies in order to gain competitive advantages and trading opportunities from April to December 2019. Key marketing indicators such as rate.

From August 2019 to April 2020, the use of false marketing data was widely publicized through various channels to deceive and mislead the relevant public and constitute false publicity.

In April of this year, Luckin Coffee "exposed" its financial fraud, and its virtual revenue increased as much as 2.2 billion yuan.

And the domestic regulatory authorities also began to act accordingly.

Soon, it was even reported on the Internet that Ruixing Coffee was taken over by government departments, fraudulent sources were poached, and all data was turned in.

Although it was eventually confirmed that it was not all true, there was video testimony at that time, and law enforcement officers from the market supervision department had already entered the location of Luckin's Beijing headquarters.

Then came news that this was a normal investigation by the State Administration of Market Supervision, and Ruixing was actively cooperating.

Soon, the news that Ruixing has been investigated by market law enforcement agencies spread like wildfire.

Finally, this investigation came to a conclusion on July 31 this year.

On the same day, the Ministry of Finance, the State Administration of Market Supervision, and the China Securities Regulatory Commission imposed administrative penalties on Ruixing Coffee's domestic operating entities and related responsible persons.

In addition to the punishment of Ruixing's main body and related persons in charge, the company or supervisory department that assisted Ruixing's fraud has not been spared.

The situation is not as bad as expected

At present, the State Administration for Market Regulation has not disclosed the specific amount of punishment for Ruixing’s domestic operating entities and related persons in charge. However, according to the provisions of the "People’s Republic of China Anti-Unfair Competition Law", for companies that constitute false propaganda and help false propaganda , Impose a fine of more than 200,000 yuan and less than 2 million yuan.

In other words, the cumulative penalty amount of the two entities of Ruixing is up to 4 million.

Although the fine is still a drop in the amount of a 2.2 billion yuan of fraud, the deterrent effect of the penalty is much higher than the fine itself.

Luckin Coffee also quickly stated: “Luckin Coffee respects and resolutely implements the punishment decision made by the relevant state departments in this investigation, and has carried out comprehensive rectification on related issues. We will further regulate business activities in accordance with relevant laws and regulations. To ensure stable operations."

In fact, Luckin Coffee was first pointed out of financial fraud at the end of January this year, when Muddy Waters released an anonymous report on Luckin Coffee.

For this report, Rui Xing denied it at the time.

At the same time, due to Luckin's listing on the US stock market, the domestic market did not arouse the same concern about the incident as its self-reported fraud until April this year.

In the end, Ruixing Coffee, which has struggled for many times, decided to prepare to delist from the Nasdaq.

On June 29, 2020, Luckin suspended trading on the Nasdaq for delisting preparations.

The end of the capital market does not mean that Ruixing has also come to an end in the physical market.

A reporter from Beiqing Daily noticed that under Ruixing's statement in response to the punishment from the State Administration of Market Supervision, many netizens were still supporting, making Ruixing hold on.

Indeed, the impact of the fraud incident on Ruixing's actual business is indeed much smaller.

After experiencing the store closures in the first half of this year, Luckin's business has also continued to stabilize.

First, the high-profile launch of new products, and then the style of the App changed from a catering platform that only sold drinks and light food to a micro-e-commerce platform that included cosmetics, electrical appliances, daily necessities, etc., and also launched joint products with some well-known IPs .

At the meeting, Luckin disclosed the following data: As of July, Luckin's single store cash flow has been positive; affected by the epidemic, there are still more than 300 university stores nationwide that are temporarily unavailable, except for unopened stores, Luckin has achieved Overall break-even; based on current operating conditions, management expects that overall profit will be achieved in 2021.

Analysts believe that from a single store, although Ruixing can't talk about returning to life, the situation is indeed not as bad as everyone expected.

After Ruixing separated from the executives involved in the "fake" incidents such as Lu Zhengyao, and realized the reorganization from the board of directors to the management, the next step is to adjust its strategy: from the crazy subsidies and expansion in the past two years, to refined store operations.

At the same time, the subsidy will be reduced to ensure profit margins and continue to introduce new products to maintain the freshness of target customers.

In addition, Luckin has established more than 9,000 WeChat communities, covering more than 2.6 million users, and refined community operations have increased the consumption frequency of existing users.

At the same time, Luckin Coffee App has more than 50 million users, and currently has more than 20 million active WeChat service account fans, ranking among the top 30 national brands.

The cost of more fraud

Still waiting for Ruixing to repay

However, even if the operation situation has improved, the price that Ruixing Coffee had to pay for fraud before, the State Administration of Market Supervision's punishment is only the beginning.

The inspection found that from April 2019 to the end of 2019, Ruixing Coffee Company increased the transaction volume by 2.246 billion yuan (RMB, the same below) through the fictitious commodity certificate business, and inflated 2.119 billion yuan in revenue (accounting for 5.15 billion yuan of externally disclosed revenue 41.16%), inflated costs of 1.211 billion yuan, and inflated profits of 908 million yuan.

The Ministry of Finance stated that it will impose administrative penalties on the financial fraud of Ruixing Coffee's main operating entities in accordance with the law, and promptly disclose the punishment results to the public.

In addition, the China Securities Regulatory Commission also filed investigations on suspected violations of information disclosure by China UCAR and Hydrogen Power, the NEEQ-listed companies affiliated with Ruixing Coffee, and intends to impose administrative penalties on the violation of the Act.

In addition, the US Securities Regulatory Commission and the Department of Justice will inevitably impose penalties on Ruixing due to fraud in US stocks.

For the lawsuits initiated by US shareholders and the settlement with the creditors of the convertible bonds, Ruixing may pay a price greater than the 2.2 billion yuan of fraud.

Now Luckin has changed the goal from expansion to survival, but before these heavy hammers are dropped, Luckin's so-called "rebirth from fire" still has a lot of uncertainty. 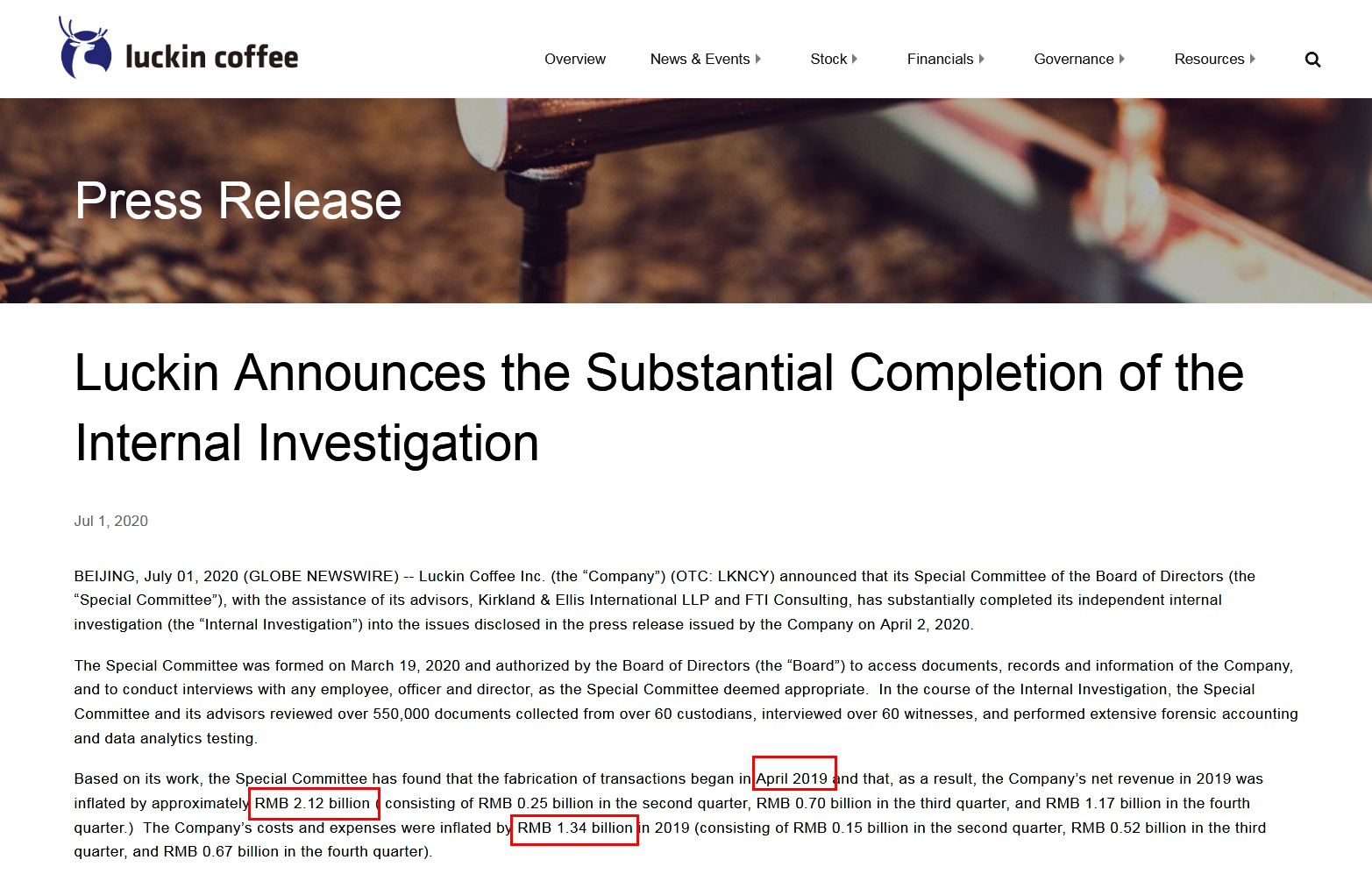 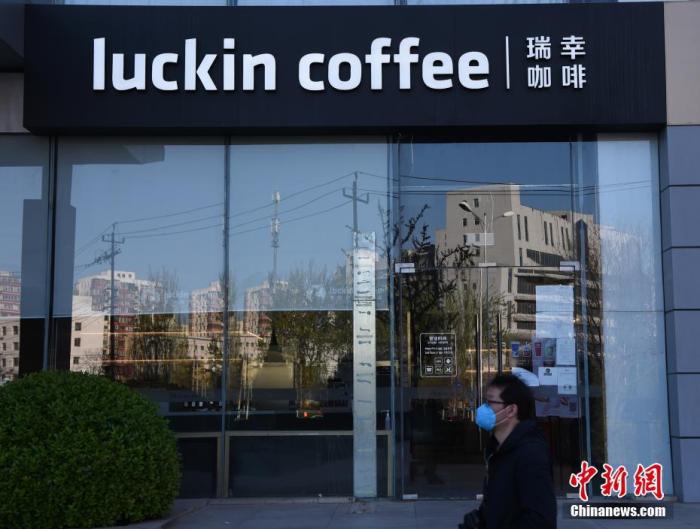 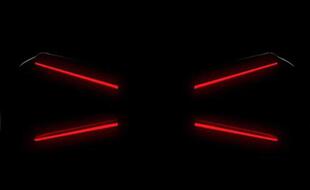 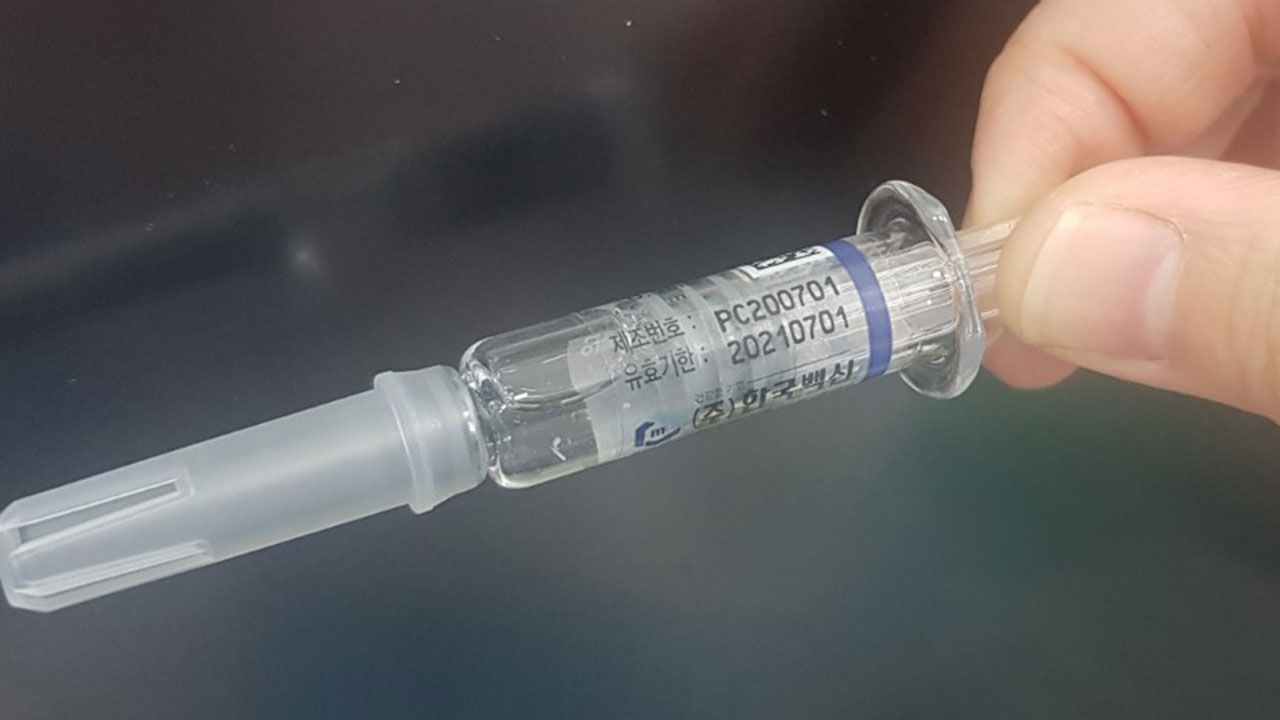 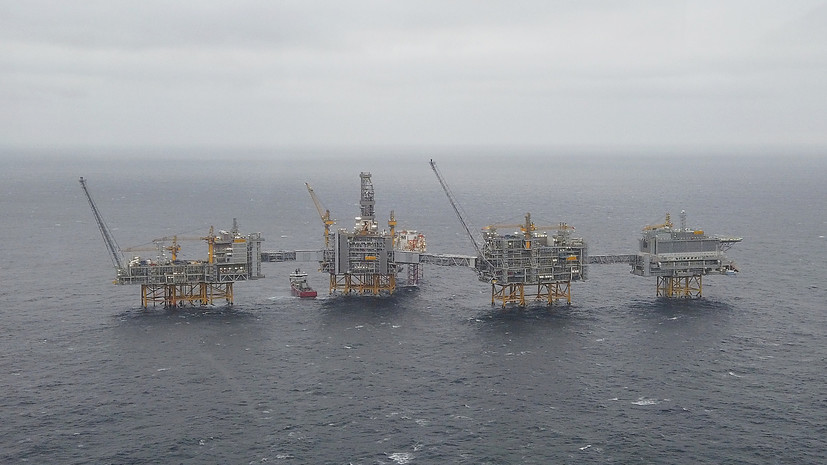 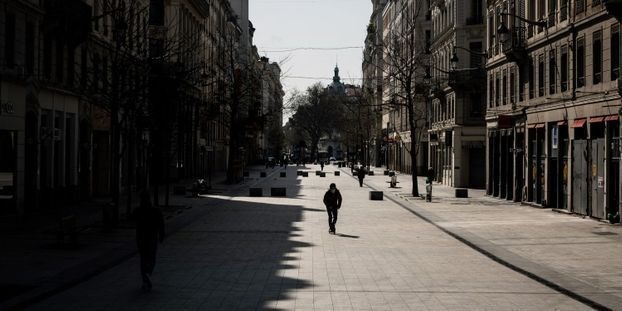 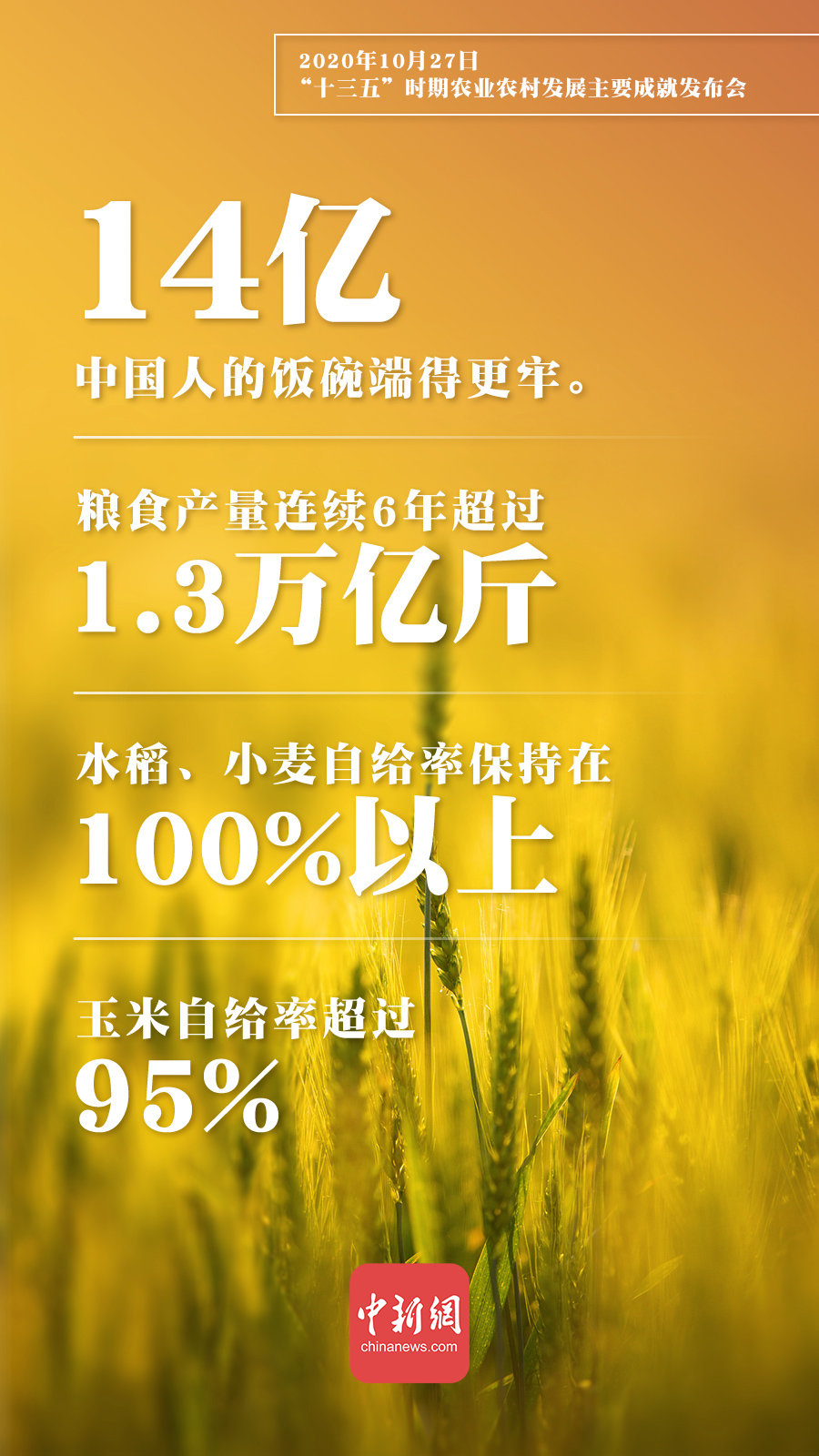