The "Global Trade in Services for the Year 2019" report issued by the United Nations Conference on Trade and Development (UNCTAD) revealed that the UAE ranks first in the Arab world and 17th in the world in services exports, registering a growth in the value of the country's exports of services reaching 2.3%. 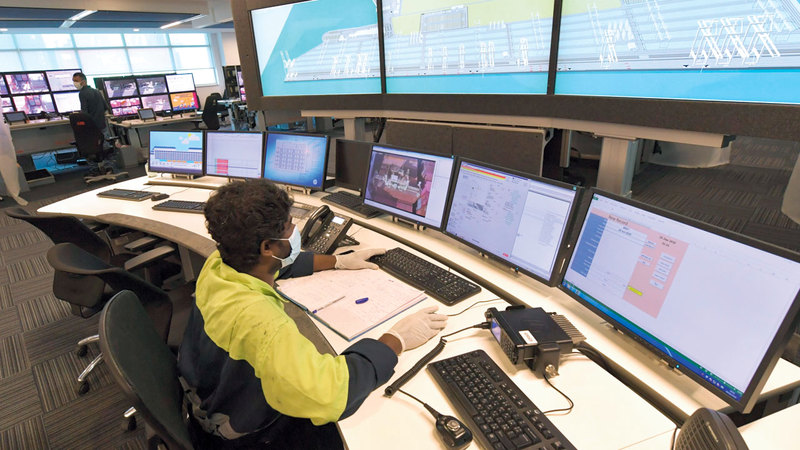 The "Global Trade in Services for the Year 2019" report issued by the United Nations Conference on Trade and Development (UNCTAD) revealed that the UAE ranks first in the Arab world and 17th globally in services exports, registering a growth in the value of the country's services exports reaching 2.3%. The second place in the Arab world after Saudi Arabia and the 18th in the world in services imports, registering a growth in the value of imports reaching 2.4%.

The Minister of Economy, Abdullah bin Touq Al-Marri said that the UAE has an economy that is the most open in the world, as the state has established its relations with more than 200 countries, and a customs boundary (including the free zones it includes) around the world, and as a result of continued investment in the development of commercial infrastructure. The country has become an international trade center and a major destination on the global trade map, which is translated by the advanced centers that the country reaps on various reports and indicators of global competitiveness.

Bin Touq pointed out that the services trade is one of the sectors that enjoy high growth rates in the world, especially in light of the technological and digital transformation of the various economic activities, stressing that the UAE possesses promising capabilities to acquire the largest share of this trade regionally and globally through continuous efforts The state is developing advanced infrastructure and technology, and working to build state capabilities in many service sectors that constitute a real bet for comprehensive and sustainable development, whether in terms of information and communication technology, transport services, logistics, financial services, insurance services, and other sectors that have succeeded. The state builds its reputation and enhances its competitiveness in foreign markets.

In turn, the Minister of State for Foreign Trade, Dr. Thani bin Ahmed Al-Zeyoudi, said that these results reported in the UNCTAD report confirm the competitive position of the UAE in the field of services trade, which was achieved as a result of a long-term vision, flexible trade and economic policies, and a technological and digital environment. It encourages the growth and prosperity of this type of vital economic activities.

He added that the regional leadership achieved by the state in the services trade gives a clear indication of the attractiveness of the business environment in the country, and its ability to attract the best international companies operating in this field.

He continued: “The successive technological developments have imposed large-scale changes on the trends of international trade, and the UAE takes into account the importance of promoting digital transformation, as it is the engine of many future commercial activities,” noting that the economic plan and the 33 initiatives launched by the state have attached great importance to the development of operating companies. In the digital and technological fields, as it is the main generator of services, which contributes to increasing the UAE's share of global services exports.

The communications and information technology sector came in third place, with a total of 678 billion dollars, accounting for 11%, followed by the financial services sector, with exports amounting to 520 billion dollars, or 8%.

Government services achieved a volume of exports worth $ 409 billion, accounting for 7% of the world's total services exports, while exports of intellectual property fees amounted to about $ 409 billion, or 7%.

In turn, exports of insurance and retirement services recorded about $ 137 billion, or 2%, and the volume of construction sector exports reached about $ 115 billion, representing 1.9%.

The report showed that 55% of the world's total exports of services are acquired by 10 countries: the United States, the United Kingdom, Germany, France, China, the Netherlands, Ireland, India, Japan, and Singapore, while the United States ranked first in the world in services exports. With a total of $ 876 billion during 2019, and a growth of 1.6% compared to 2018.

The UAE also ranked second in the Arab world after Saudi Arabia, and 18th in the world in services imports, with a total of $ 74 billion, and a growth of 2.4% compared to 2018, and the country ranked seventh in the group of developing countries in terms of services imports for the year 2019.

The continent of Asia and the Oceania region (centered on the Pacific Islands) ranked first in the world in terms of services exports for the year 2019 in terms of annual growth rate, registering 3.1%, followed by Africa, which recorded 2.3%.

On the other hand, Latin America and the Caribbean witnessed the highest negative decline (-4%), and Asia and Oceania witnessed a decline in its services imports by (-1.4%).