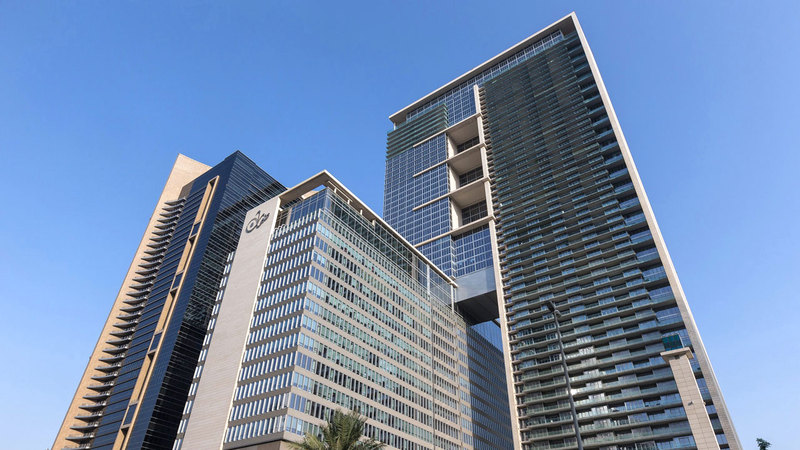 The leasing strategy adopted by the company to meet the needs of tenants during the «Corona» helped protect occupancy. ■ from the source

The company, which is a real estate investment fund operating in accordance with Islamic law and managed by Emirates NBD Asset Management Limited, indicated that the decrease in net asset value is mainly due to pressure on portfolio valuations, resulting from real estate market fluctuations, and the macroeconomic uncertainty. Caused by the outbreak of the Corona virus.

The company added in a statement yesterday that the leasing strategy that it adopted to meet the needs of tenants during the pandemic period helped partially protect occupancy, but it did not fully mitigate the impact of these difficult circumstances, noting that on June 30, the occupancy rate of the real estate portfolio reached Mixed 76%, down from 82% in the previous quarter.

On the other hand, the loan-to-value ratio increased during the first quarter of the fiscal year ending on June 30, 2020, to 47.6% from 44% in the previous quarter, after recording losses in the valuation and withdrawing $ 13.6 million (50 million dirhams) intended for the promotion Some assets are in the portfolio.

Finally, the company obtained a hedge agreement with Mashreq Bank to cover 56% of its total debt, with the aim of reducing financing costs and stabilizing them until June 2023. Despite the fluctuations in the market, the Real Estate Investment Fund maintained stable cash flows for most of the first quarter. The company has maintained a sustainable cash position since it paid out $ 5.1 million in final dividends in July 2020.

Anthony Taylor, head of the real estate division at Emirates NBD Asset Management, said, "The reduction in rental income from our portfolio on an annual basis is mainly due to the support packages we provided to distressed tenants, in addition to the low occupancy rates in some office and residential buildings."

He added, “Nevertheless, we managed to manage lower costs and reduce our total expenses by 20% compared to 30 June 2019, as a result of lower financing costs resulting from refinancing, reduction in management fees, and active cost saving initiatives that were launched in cooperation with service providers across our real estate portfolio. ».

Taylor continued, "We have benefited, at last, from the low interest rate environment to hedge our company's debt facilities, which are compliant with the provisions of Islamic law, and to identify a large part of our debt, which is the largest individual cost for our company, to reach low levels in the future."

The total dividends paid to shareholders of Emirates NBD REIT for the fiscal year ending on March 31, 2020, amounted to about $ 10 million (about 36.7 million dirhams), equivalent to an annual return of dividends of 4.35% of net dividends, and 11.2 % Of the company's share price.

As of June 30, 2020, the total assets of the Emirates NBD REIT Real Estate Investment Company reached $ 410 million (about 1.504 billion dirhams), and the average non-expired lease period for the portfolio recorded an average of four years.

The company has maintained compliance with all of its debt obligations.