"Bitterness, bitterness and anger": the airline company Hop! will cut 50% of jobs

The management and staff representatives of Hop !, the regional subsidiary of Air France, met on Wednesday for an extraordinary CSE. On the program: the outlines of the employment safeguard plan which aims to reduce national connections by 40% and eliminate 50% of jobs by 2023. 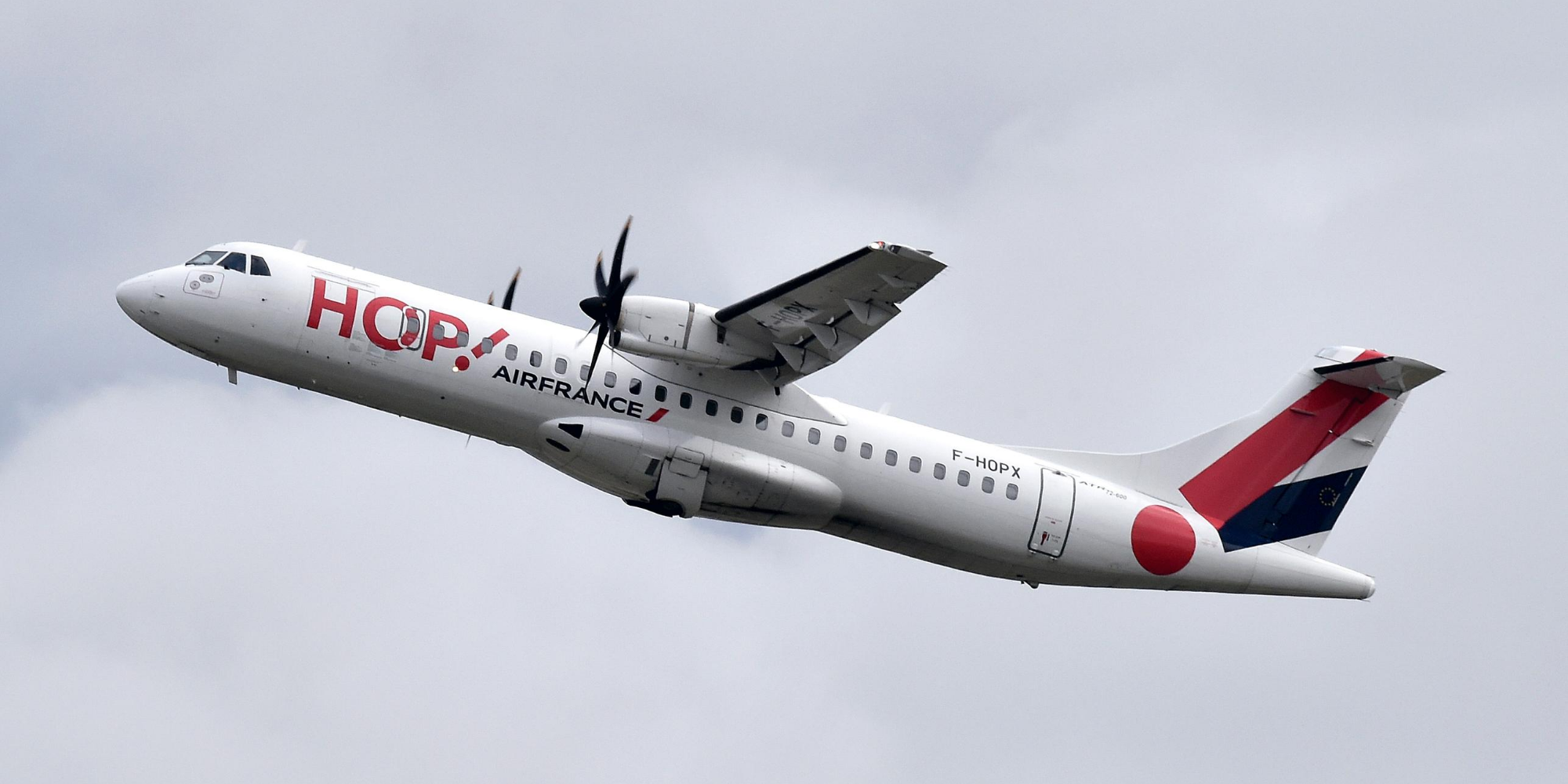 The management and staff representatives of Hop !, the regional subsidiary of Air France, met on Wednesday for an extraordinary CSE. On the program: the outlines of the employment safeguard plan which aims to reduce national connections by 40% and eliminate 50% of jobs by 2023.

"There is bitterness, a lot of bitterness, anger also among some employees because they feel cheated." The atmosphere was tense to say the least Wednesday morning in Nantes, at the headquarters of the airline company Hop !. The Air France subsidiary, which provides regional connections, will cut the workforce and cut 40% of its national flights. Management clarified the outlines of its plan to safeguard employment during an extraordinary Economic and Social Committee (CSE). The management of Air France wants to take the losses of the group and the unions fear dry layoffs.

The staff representatives were rather dejected before entering into a meeting with the management. And for good reason: Hop! will pay a heavy price in the restructuring of the Air France group. Many internal connections will be stopped, in particular those connecting Orly to Nantes, Mulhouse and Clermont-Ferrand. Others, such as those connecting Paris to Biarritz and Montpellier will be transferred to Transavia, the medium-haul subsidiary of Air France. "We take a dim view of that since it amounts to undressing Hop! To dress Transavia", denounces Étienne Rossignol, elected from the Union of Civil Aviation Navigators (UNAC) to the company's CSE.

No forced departures but "restricted mobility"

As a result of this drastic reduction in thefts: nearly half of the 2,400 jobs at Hop! will be eliminated by 2023. This concerns flight crews as well as technical teams. The fleet is to increase from 71 to 32 aircraft within three years. The Lille and Morlaix aircraft maintenance sites are therefore threatened with closure. A way to compensate for the losses of the company, estimated at 80 million euros in 2019. Management promises that it will do its utmost to avoid forced departures. Reclassification proposals in the other companies of the group will be made to employees.

"Except that there will be limited mobility. So if people do not agree to change employment or, in the case of flight personnel, if they do not agree to leave at the bottom of the Air France salary scale, they will be in a position to be made redundant, ”affirms Étienne Rossignol. Negotiations are to continue in the afternoon. If the unions do not feel satisfied with the exit of the CSE, they hope to mobilize the public authorities. Fewer regional links, they argue, these are even more landlocked territories. "We are not the only victims in the case: users too will see the services lose in quality and frequency."