Explosion in Beirut: the children of the missing between hope and anger

Six days after the explosion of a stockpile of ammonium nitrate in Beirut which caused at least 158 ​​deaths and 6,000 injuries, there is now "little hope of finding survivors at the port", warned… 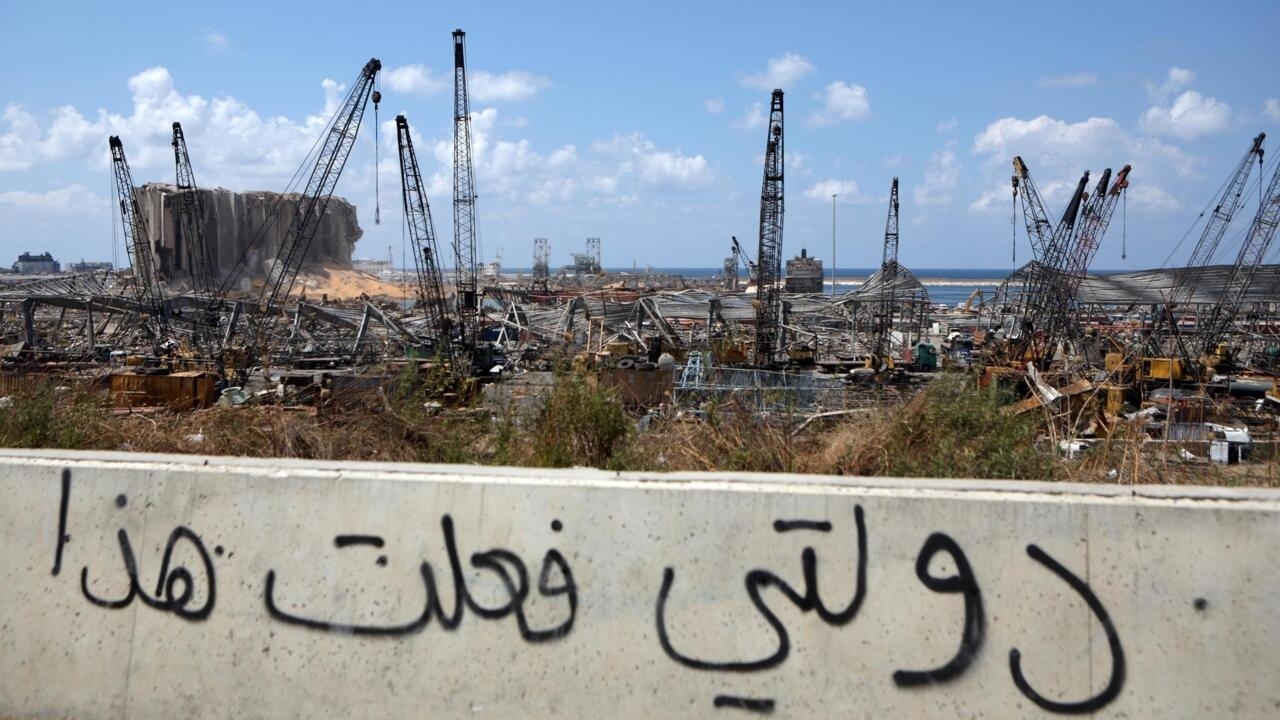 Explosion in Beirut: the children of the missing between hope and anger

"My country did that": graffiti on a wall overlooking the port of Beirut ravaged by an explosion, August 9, 2020. PATRICK BAZ / AFP

Six days after the explosion of a stockpile of ammonium nitrate in Beirut which caused at least 158 ​​deaths and 6,000 injuries, there is now "little hope of finding any survivors at the port", warned the army this Sunday evening August 9. However, around 20 people are still missing. Their relatives accuse the Lebanese government of not having started the relief operations quickly enough.

With our special correspondent in Beirut, Pierre Olivier

For six days now, Elie Hasrouty and his sister Tatiana have not heard from their father. He worked at the grain silo in the port of Beirut. “  We are sure he was there because we spoke with his work colleagues. They assured us that he was there under the rubble.  "

This Sunday, the army warned that the chances of finding survivors were now low. After several days of "  search and rescue operations, we can say that we have finished the first phase, the one offering the possibility of finding living people,  " said Colonel Roger Khouri, head of the military engineering regiment. , during a press conference.

According to the colonel, “  the teams that were working to find survivors consider their work finished. Other teams will continue to participate with us in rubble removal operations and in search operations  .

Tatiana Hasrouty, 19, accuses the Lebanese government of having waited 40 hours before launching the search. “  I'm angry, ” she said, “ because 40 hours have passed and no one has gone to search for my father and his co-workers. The government waited for foreign aid, from France, Russia and all the other countries to act. If he had started working on Tuesday, I believe that now there would be more survivors.  "

Each hour that passes seems endless and brings its share of sadness. Despite everything, Elie Hasrouty still wants to believe in a miracle: “  We live in the hope of having our father with us. We are not sure of his fate. That's why we have to do everything we can for our father and his colleagues.  "

Since the search began, no survivors have yet been exhumed from the rubble of the port. "  We first worked on intelligence to try to access the control room of the grain silos  , adjoining the point of explosion, where rescuers hoped to find a dozen victims, perhaps walled up, said the colonel. Vincent Tissier, head of the French civil security team, during the press conference this Sunday.

“  We worked 48 hours non-stop [...]. Unfortunately, we have not found any living victims,  ”he said, adding that five bodies had been taken out of the rubble in cooperation with other teams.

The explosion Tuesday of incredible violence was caused, according to the authorities, by 2,750 tons of ammonium nitrate stored for six years at the port of Beirut "without precautionary measures" by the admission of Prime Minister Hassan Diab. It caused a crater 43 meters deep, according to a security source.

Lebanon: the international community agrees on aid of more than 250 million euros

Lebanon: the big demonstration in Beirut galvanized the protesters