Based on the big cycle to promote the double cycle, what is the significance of China's plan for a new development pattern

Recently, from entrepreneurs’ forums to meetings of the Political Bureau of the Central Committee, China’s plan for a new development pattern of "domestic cycle as the main body and domestic and international dual cycle mutual promotion" has attracted widespread attention. The media at home and abroad are scrambling to report, and various think tanks have interpreted it one after another, which also aroused heated discussions among investors and consumers.

What is the significance of the "domestic cycle" proposed by the central government at this time? What impact will the new development pattern bring to the future development of China's economy?

In order to explore the connotation, the reporter of "Xinhua Viewpoint" interviewed relevant authority figures and experts.

Is the "domestic cycle" an isolated concept?

Many authority figures said: definitely not!

Many experts pointed out that from the timeline of continuous clarity, improvement, and depth of this concept, it can be seen that the central government’s decision-making and deployment are overall strategies:

——On May 14, the Standing Committee meeting of the Political Bureau of the Central Committee proposed, "Give full play to my country's ultra-large-scale market advantages and domestic demand potential, and build a new development pattern in which the domestic and international dual cycles promote each other";

——On July 21st, General Secretary Xi Jinping emphasized at a symposium on entrepreneurs presided over the need to "gradually form a new development pattern in which the domestic cycle is the main body and the domestic and international dual cycles promote each other";

At the critical time point, China is planning a new development pattern based on the domestic big cycle and promoting the "double cycle".

Is it active or passive choice?

Some people believe that China's new development pattern proposes to take the domestic cycle as the main body, which is a passive response to the impact of the new crown pneumonia epidemic and the increasing uncertainty of the external environment.

What is the fact?

Recently, the central government has repeatedly mentioned the new development pattern. An obvious signal is that China's economic development is a strategic focus and is accelerating the shift from export-oriented to domestic demand-driven.

The term "accelerated" means that the transformation is not a temporary intention or helpless move, but a proactive, long-term plan.

Since the reform and opening up, China has actively participated in the division of labor in the global value chain and achieved rapid economic development with low-cost factors and an export-oriented strategy. However, foreign trade dependence is too high, economic security risks are high, key core technologies are restricted, and industrial transformation and upgrading pressure is high. And other defects are gradually revealed.

In fact, since the response to the Asian financial crisis in 1998, China has shifted its economic development foothold to expanding domestic demand, and has been transforming in this direction for more than 20 years. In recent years, China has formed a domestic demand-driven economy. The ratio of surplus to GDP has fallen to an internationally recognized equilibrium level of less than 3%. The contribution rate of domestic demand to economic growth has exceeded 100% for several years.

Today, from the perspective of the domestic situation, China's economy has entered a new stage of shifting from high-speed growth to high-quality development. Accelerating the transformation of the development model is the general trend.

From the perspective of the international situation, the world is undergoing major changes unseen in a century. At present, the new crown pneumonia epidemic is raging around the world, the world economy is in a downturn, and economic and trade protectionism in some countries is rising, and the global industrial chain supply chain is facing huge adjustment possibilities.

Based on my country's long-term development strategy and at the same time observing changes in the international situation, the central government has proposed a rational move to respond to the present and look forward to the future.

Huang Qunhui, director of the Institute of Economics of the Chinese Academy of Social Sciences, believes that the new development pattern planned by the central government is a reflection of the continuous evolution of the "two overall situations" of the great rejuvenation strategy of the Chinese nation and the world's unprecedented changes in a century. It is an active strategic choice to win new advantages in international competition.

Does the domestic cycle mean working behind closed doors?

"China will stop opening up" and "China's development will turn inward"... Recently, some interpretations of public opinion at home and abroad have hidden concerns and doubts: Will China stop the pace of reform and opening up and close the door to operate in isolation?

"This is a serious misunderstanding." Authoritative sources said.

In fact, General Secretary Xi Jinping has responded to the above doubts in a clear-cut manner at the entrepreneurs forum:

Wei Jianguo, vice chairman of the China Center for International Economic Exchanges, said that economic activities have never existed in isolation, but a dynamic, cyclical process. Since the reform and opening up, China has long been deeply integrated into economic globalization. Even if the current epidemic has severely hindered global economic and trade activities, China’s expansion of domestic demand is still inseparable from the coordination and smoothness of the international industrial chain and supply chain.

Therefore, China is building a complete domestic demand system in an open environment, and must not separate the domestic and international “dual cycles”.

"With the domestic cycle as the main body and the expansion of domestic demand as the strategic base point, it is not to close the country and actively decouple, but to further expand the high-level opening up, especially from the opening of the flow of commodities and factors to the opening of the system. Construction." said Guan Tao, chief economist of Bank of China Securities.

China has a huge market with a population of 1.4 billion and a middle-income group of 400 million. With the per capita GDP exceeding 10,000 U.S. dollars, there is still a lot of potential economic vitality and room for development.

According to Xing Ziqiang, chief economist of Morgan Stanley China, the essence of the domestic cycle is "openness." By releasing the domestic economy and consumption potential, combining protection of intellectual property rights, improving the business environment, and reducing access restrictions, it attracts multinational companies to keep their industrial chains, factories, and stores in China and share the cake of the Chinese consumer market.

How will the "double loop" work? Where is the kinetic energy?

First, China must base itself on doing its own thing well.

Taking the domestic cycle as the main body, in other words, we must give full play to the advantages of my country's super-large-scale market and the potential of domestic demand.

Guan Tao said that on the basis of major strategic results in China’s local epidemic prevention and control and the first economic recovery in the first half of the year, it is necessary to take advantage of the situation to better utilize the advantages of the complete domestic industry and broad market potential, and stabilize the basic market of enterprises and employment. Reduce the pressure caused by external shocks.

Second, the fundamental way is to deepen reforms.

It should be noted that there are still many shortcomings in expanding domestic demand. For example, there are still many obstacles to the rational flow of capital, land, labor and other factors, the cost of commodity logistics is too high, the financing problems of enterprises are still difficult, and reforms in education, medical care, and pensions are still pending deepen……

"Mainly on the domestic cycle, not a simple repetition of past policies." Wei Jianguo said that it is necessary to strengthen supply-side structural reforms, break through supply and demand obstructions, work hard to improve the quality of supply, and continue to strengthen the endogenous driving force of the economy.

Third, we must further expand opening up.

Under the epidemic situation, China not only did not see the so-called "foreign withdrawal wave" in the first half of the year, but BASF, BMW, Volkswagen Group and many other companies continued to expand their investment in China... These further confirm that the Chinese market is still very attractive to foreign companies .

"In the future, what my country will build is not a simple and unconditional open system, but a diversified, balanced, safe and efficient open system." said Liu Yuanchun, vice president of Renmin University of China.

Xing Ziqiang believes that the advantage of China's economy lies in its resilience and large room for maneuver. For example, there is still great potential for new urbanization and rural revitalization. Another example is to solve the uneven development. China's regional economic layout with complementary advantages and high-quality development has given birth to huge development space.

In short, facing the future, the challenge is not small, but the space is huge and the hope is huge. It requires calmness, calmness, concentration and progress.

Business 2020-09-03T04:26:25.795Z
"Internal and external" concurrently to protect people's livelihood under the new pattern of "dual cycle" of China's economy 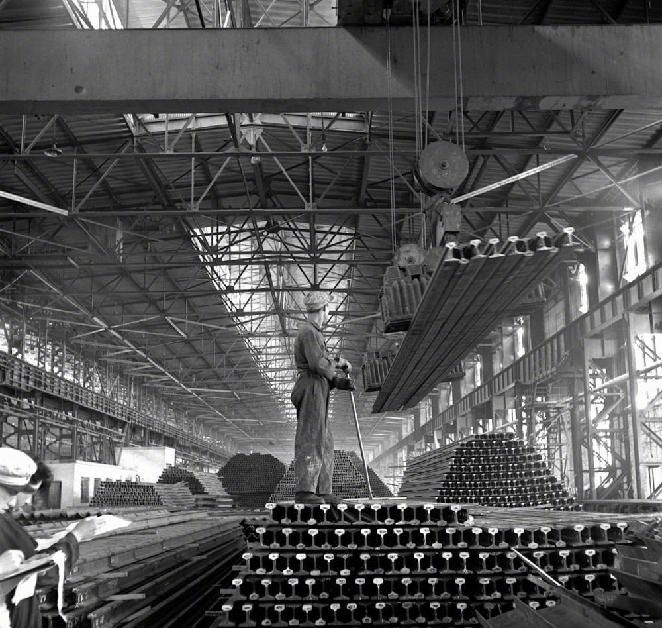 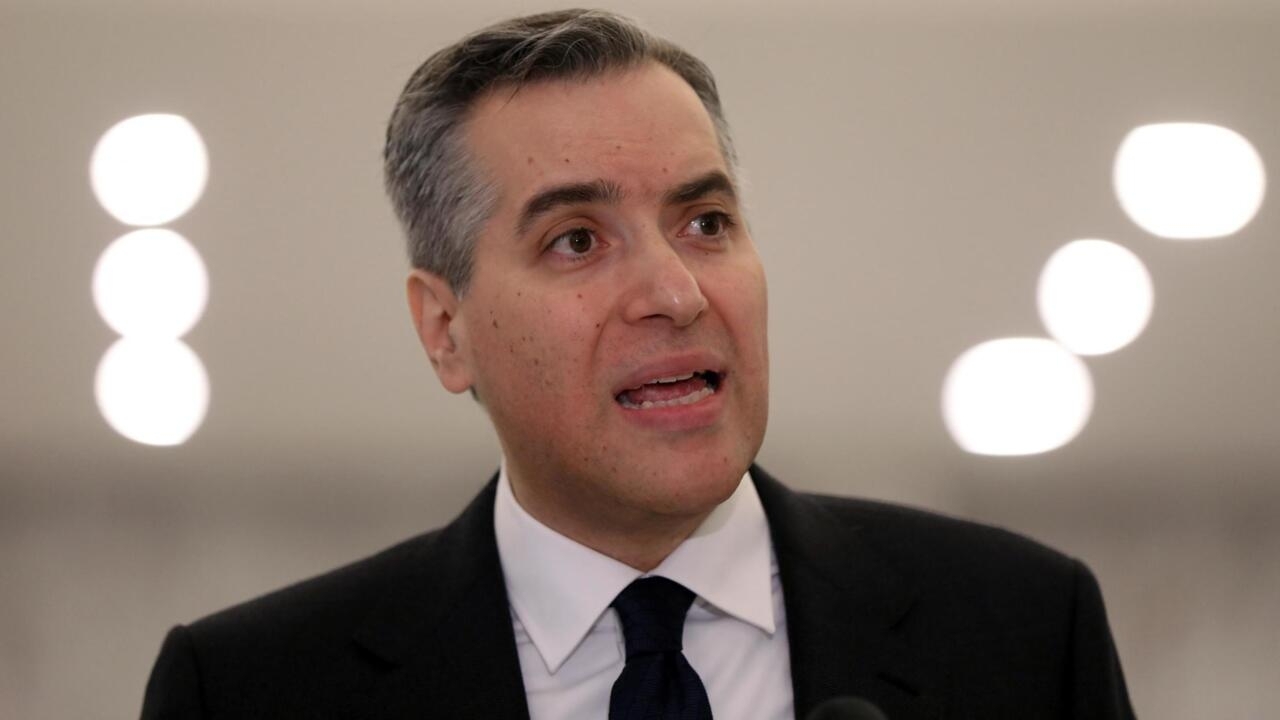 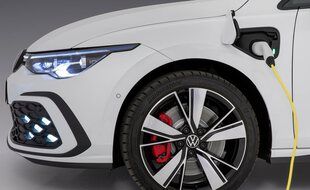