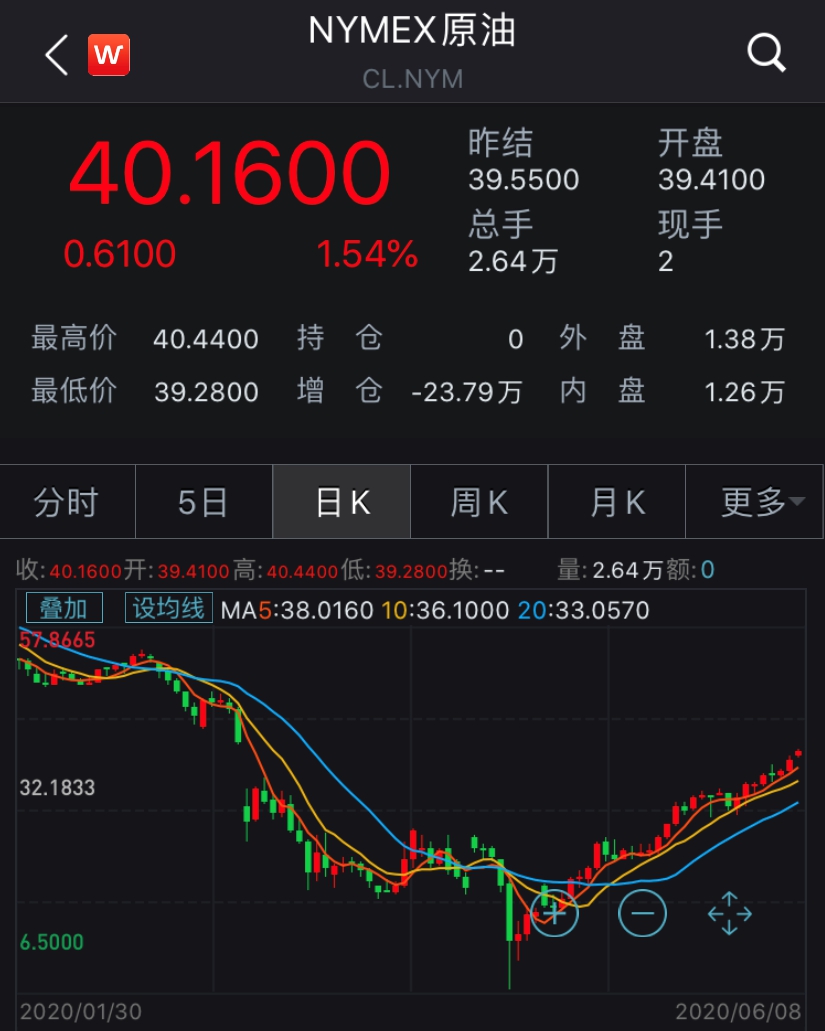 Since the beginning of April, the price of Brent crude oil has almost doubled, and the Organization of the Petroleum Exporting Countries (OPEC), Russia and allies have unprecedentedly cut output by 9.7 million barrels per day.

According to the Wall Street Journal’s Chinese website, the Organization of the Petroleum Exporting Countries (OPEC) and its allies plan to extend record production cuts to the end of July. These major global oil exporting countries are cautiously taking action to reopen as the anti-epidemic blockade measures are relaxed. Balance the oil market.

According to reports, under the leadership of Saudi Arabia and Russia, 23 OPEC+ allies agreed to cut output by 9.7 million barrels/day in April. According to the agreement, production cuts will be relaxed from the end of June. Before the agreement was reached, oil prices suffered a devastating plunge and the epidemic triggered a sharp drop in global oil demand. The OPEC+ alliance is now expected to extend production cuts for a month at a remote meeting scheduled for Saturday.

According to a report on the 7th quoted by the Russian "News", the Global Times reported that this large-scale production reduction measure is the largest production reduction agreement reached since the establishment of the OPEC+ mechanism. Experts say that the decision of each country is a victory for Saudi Arabia and Russia.

The Wall Street Journal's Chinese website reported that the commodity data company Kpler was quoted as saying that OPEC and its allies had a 89% compliance rate reduction agreement, which meant that the alliance's actual production cut was about 1.1 million barrels lower than the target set in the April agreement. Kpler said that, like Iraq and Nigeria, Angola and Kazakhstan also need to increase compliance.

According to people who heard the briefing at the meeting, at the OPEC technical meeting on Wednesday, the participants were told to be cautious about the recovery of the oil market. Recently, many countries have begun to relax the travel restrictions imposed after the outbreak.

Participants were also informed that shale oil production in the United States, OPEC’s main competitor, will pick up in the summer. The rebound in oil prices has prompted some closed wells to resume operations, which will reduce the demand for OPEC oil. However, due to weak investment, some reserves The layers have dried up and US shale oil production will decline later this year.

Data from Baker Hughes shows that in the week ending June 5, the number of oil and gas rigs operating in the United States fell to a record low for the fifth consecutive week. (Sino-Singapore Jingwei APP)