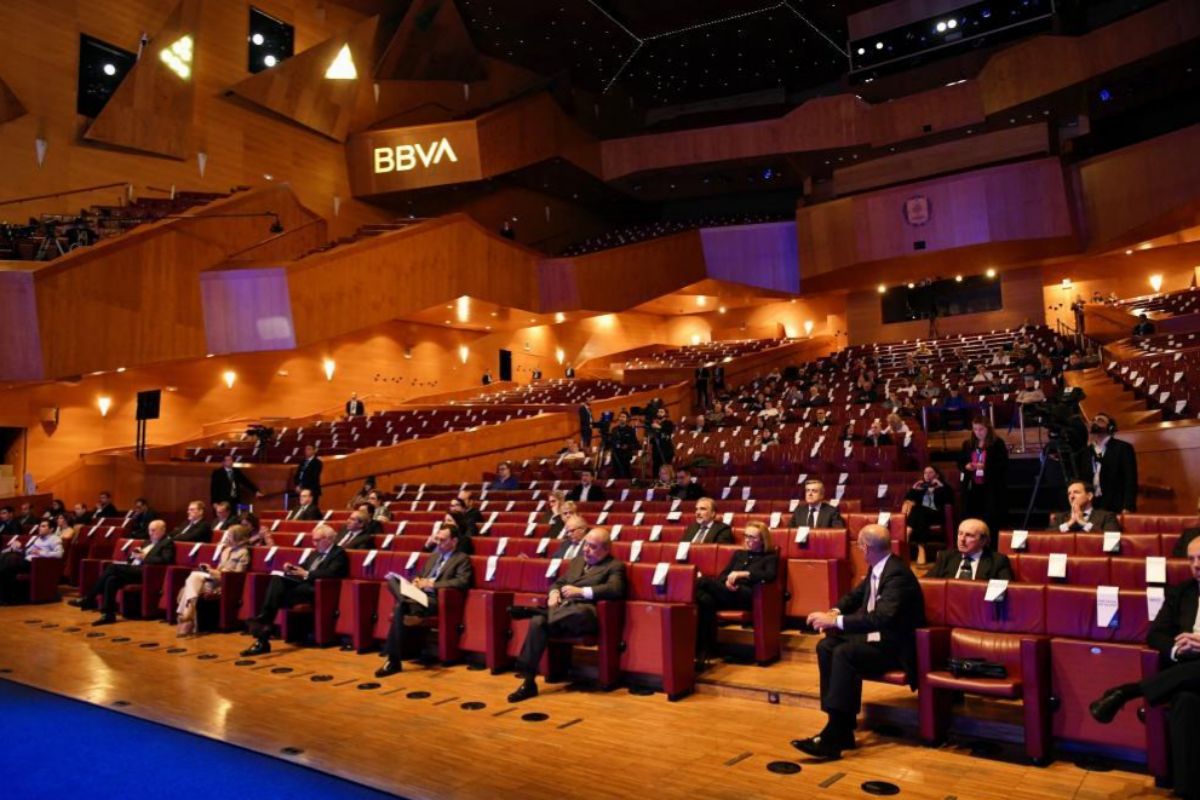 Several BBVA shareholders have taken advantage of the Meeting held in Bilbao to demand more "forcefulness and transparency" from the management team headed by Carlos Torres in the court case that links the entity with retired commissioner José Manuel Villarejo .

Torres himself tried in his speech to tiptoe on this matter, assuring that it is in the hands of justice and does not splash any of the current advisers -he included-, but investors took advantage of their turn to speak that this way of acting it is, in his opinion, insufficient.

The most forceful was undoubtedly Luis Del Rivero , former president of the construction company Sacyr and one of the personages most allegedly spied on by BBVA during the attempted assault by the infrastructure group in 2005. «You have intervened in 869 calls and they have had powerful means for my follow-up and that of my family. They intervened in my personal life and, as a result of their wonderful efforts, I had to have an operation of five open heart baipases ”, he pointed out to a half-empty audience on the occasion of the contingency plan carried out by the bank for the coronavirus pandemic.

Del Rivero reported part of the summary collected from the investigation in the Tandem case and asked Torres to carry out "a total remodeling of the bank" with changes in the board of directors. "In the summary we see follow-ups, interception of phone calls ... with a flagrant interference in the lives of private individuals in a brutal way," he denounced.

In the same sense, the shareholder demanded that the appointment as honorary president of Francisco González be permanently withdrawn, that all assets be held by the bank and that Emilio Ybarra be appointed posthumously .

Del Rivero also targeted Torres himself and the other current directors by the, in his opinion, "shameful" forensic carried out by the bank as an internal investigation and the suppression of "keywords" to track down the group's documentary basis. "If they continue along this line, the recommendation of the proxies that advise investors will be interfered with in the future," he concluded.

Del Rivero was not the only critical shareholder to speak at the event. The lawyer Felipe Izquierdo , also allegedly spied on by the security services of the bank and the Cenyt company that Villarejo ran, described these practices as "despicable". "Corporate social responsibility issues are fundamental today for the sake of the credibility that is transmitted to the market and to the supervisory bodies and, of course, espionage, now alleged, is a reputational wound that does not stop bleeding. Consequently, stop saying nice words and empty excuses and act with the forcefulness that the matter requires, "he asked.

The small shareholders group Aemec also joined the requests for greater transparency from the top of the company. "We ask for a reinforcement of the actions to clarify practices contrary to good corporate governance in times prior to this presidency," claimed the first deputy secretary, María Flora Ruiz Núñez.

Carlos Torres took advantage of the bank's turn to respond to defend his actions and that of the board of directors in this crisis. "We have always worked in the best interest of the bank, establishing full collaboration with justice as a principle and carrying out a deep and exhaustive internal analysis on a voluntary basis," he argued.

However, the group's chief executive added that the investigation is currently in the hands of justice, although he stressed that "at an incipient stage." The bank is charged with the crimes of bribery, revelation of secrets and corruption in the hiring of the company linked to Villarejo. "The condition of investigated does not imply formal accusation for any crime," according to Torres.

Despite the manifest opposition of some shareholders during the Meeting, the bank communicated massive support from its investors for both the entity's social management in 2019 and the results obtained. In the first case, the support was 99.4% of the shareholders present, while in the second it rose to 99.7%. Despite the coronavirus crisis, the bank managed to gather between in-person and online assistance a quorum of 66.83% , the highest in the bank's history.

Solvency against the coronavirus

BBVA CEO Onur Genç today warned the bank's shareholders that today no one can foresee how long the instability and uncertainty in the financial markets that will sink the price of their shares will last, but he has promised that the entity has the necessary strength "to face any risk".

The bank lost 15% of its value on Thursday in the worst historical session of the whole of the Ibex. Their titles have rebounded this Friday, but still accumulate a 33% devaluation so far this year.

"Despite the uncertainty and the stock market falls, we are starting from a good position of liquidity, capital and profitability to overcome this crisis," the group's president, Carlos Torres, told the few shareholders meeting this Friday at a meeting of shareholders marked by coronavirus.

Torres has joined the # quédateencasa campaign promoted by health professionals on social networks. "Society as a whole must be coordinated to contain the epidemic and the social and economic impact of the measures adopted. To the extent that it is not essential, we must stay at home," he asked.

The company has held an unusual annual meeting with measures to shield itself against the health pandemic . The group had previously recommended their actions to follow the meeting online, but still had to implement extraordinary measures in the auditorium of the Palacio de Euskalduna, in Bilbao, to organize those investors who have attended in person.

These measures include the capacity limit of 100 people per room, the separation between seats -see photo- and the only presence on the stage of the president, CEO and secretary of the board.

Regarding its activity, the bank has already sent more than 9,000 employees to work at home and keeps all its customer service channels open, prioritizing telematics. Furthermore, the group maintains open credit lines of 25,000 million euros for those SMEs and self-employed workers most affected by the pandemic.