A landslide that completely engulfed the highway... Accident while trying to avoid taxi stone

During the night, it rained heavily in the Chungbuk area. Two people were injured in a landslide near Jecheon Tunnel of Chungbuk Central Expressway. News of incidents and accidents overnight, reporter Park Ye-rin. 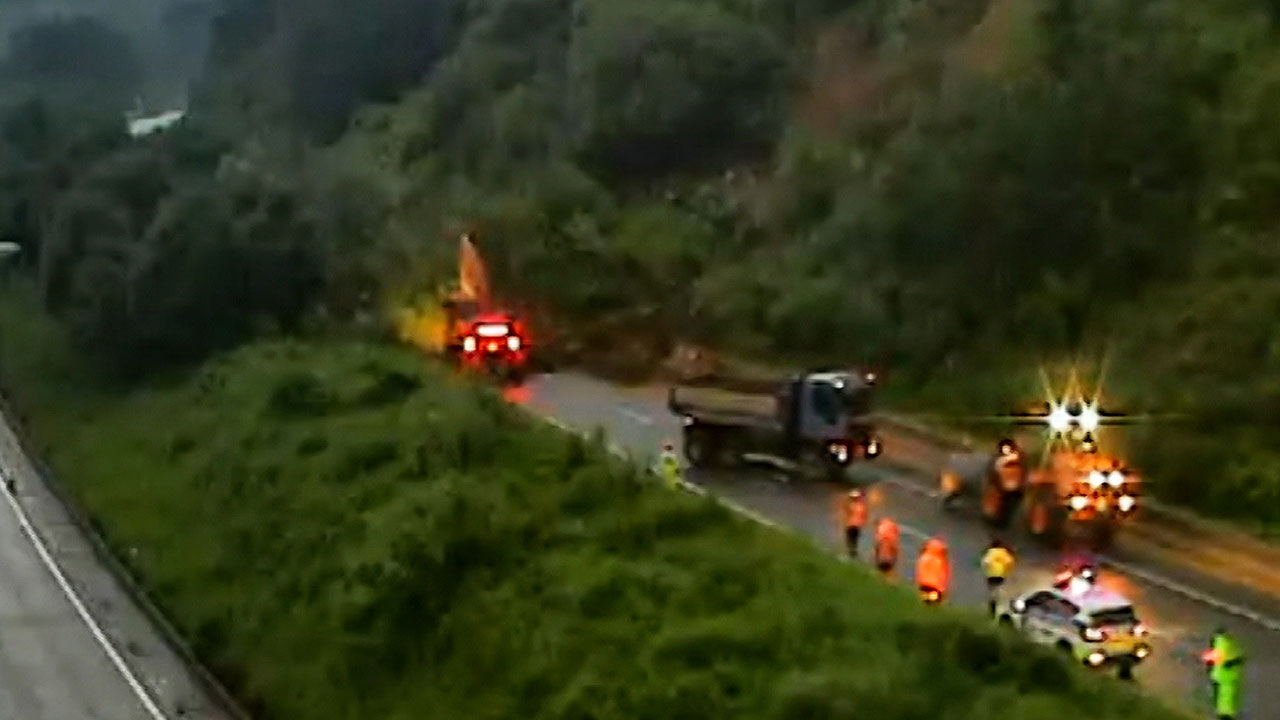 It rained heavily in the Chungbuk area overnight.

Two people were injured in a landslide near Jecheon Tunnel of Chungbuk Central Expressway.

silt from the mountains completely covered the highway.

The excavator continuously scoops up the spilled dirt.

Today (20th) around 4:40 a.m., a landslide occurred near the Jecheon Tunnel in the Busan direction of the Jungang Expressway.

A taxi that was running on the highway due to a landslide crashed while trying to avoid a stone that fell onto the road, injuring two people, including the driver and passengers.

Korea Expressway Corporation is in full control of the road and is carrying out restoration work by putting in equipment such as excavators.

In Jecheon, Chungcheongbuk-do, 88mm of rain fell for 12 hours from 5pm yesterday.

At around 8 o'clock last night, a fire broke out on the 8th floor of an apartment in Yangcheon-gu, Seoul.

The fire, which started from a candle in the utility room, burned the entire house and was extinguished in 30 minutes, but a man and a woman in their 40s who were in the house each suffered second-degree burns and were taken to the hospital for treatment.

Yesterday evening, around 7:30, a BMW car that was running along the Busan Gwangan Bridge caught on fire.

Fortunately, there were no casualties, but traffic congestion occurred in the course of fixing the accident.