At a children's protection area in Mokpo, Jeollanam-do, a child riding an electric scooter in the opposite direction suddenly threw a kickboard at a passing vehicle, causing controversy. On the 7th, on the YouTube channel 'Han Moon-cheol TV', "Min-sik reported it because he was afraid of the law, but his intentions are suspected. 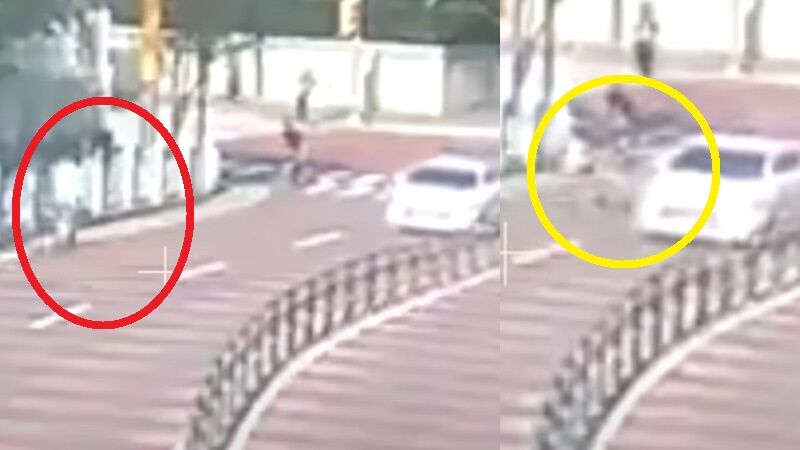 At a children's protection area in Mokpo, Jeollanam-do, a child riding an electric scooter in the opposite direction suddenly threw a kickboard at a passing vehicle, causing controversy.

On the 7th, on the YouTube channel 'Han Moon-cheol TV', "Min-sik reported it because he was afraid of the law, but his intentions are suspected.

Is there anything wrong with my wife?' A video was released along with the story.

Informant A, who introduced himself as the husband of the driver of the vehicle, first opened up saying that his wife experienced it.

“It happened (while driving) at the child protection area in front of my house on the way to work,” said Mr. A. “While waiting for the intersection signal, he noticed that a boy who appeared to be a low-grade elementary school student was riding a public electric scooter, and the signal went off. It changed and I drove slowly,” he explained at the time.

He continued, "The student was driving in the opposite direction and threw the kickboard into his wife's car while turning the steering wheel towards his wife's car."

According to Mr. A, at that time, when her wife checked in the rearview mirror, it was reported that the male student did not fall and left the scene on a kickboard again.

Person A said, "I thought there was no vehicle contact (with the kickboard), but it was related to a child in the child protection area, so I immediately reported it to the police and waited at the scene after a U-turn. My heart is trembling," he said.

At the same time, he emphasized that he hopes that there will be no drivers who are unfairly treated by the law of reckless use of public electric kickboards and Min-sik.

Mr. A also doubted the intentionality of the child's behavior.

Then he asked, "After receiving the accident, I checked it later and found that the right rear wheel was scratched. Could it be that we were at fault?"

According to the 'Partial Amendments to the Road Traffic Act and the Aggravated Punishment of Specific Crimes Act', which is the so-called 'Minshik Act', which Mr. A is concerned about, if he/she injures a child in a child protection zone, he/she will be sentenced to between 1 and 15 years in prison. or a fine of not less than 5 million won and not more than 30 million won.

However, the potential for offense is likely to be with a child driving an electric scooter.

If the child is in the lower grades of elementary school, it is because driving an electric scooter itself is illegal.

According to the Road Traffic Act that came into force on May 13, 2021, to drive an electric scooter, etc., you must have a motorized bicycle license.