A taxi that was running suddenly crashed under the underpass... 3 injured and transported

Late last night, a taxi driving down the city street suddenly fell into the underpass. Three people, including the driver and passengers, were injured in the accident. Reporter Ahn Hee-jae compiled the news of incidents and accidents overnight. 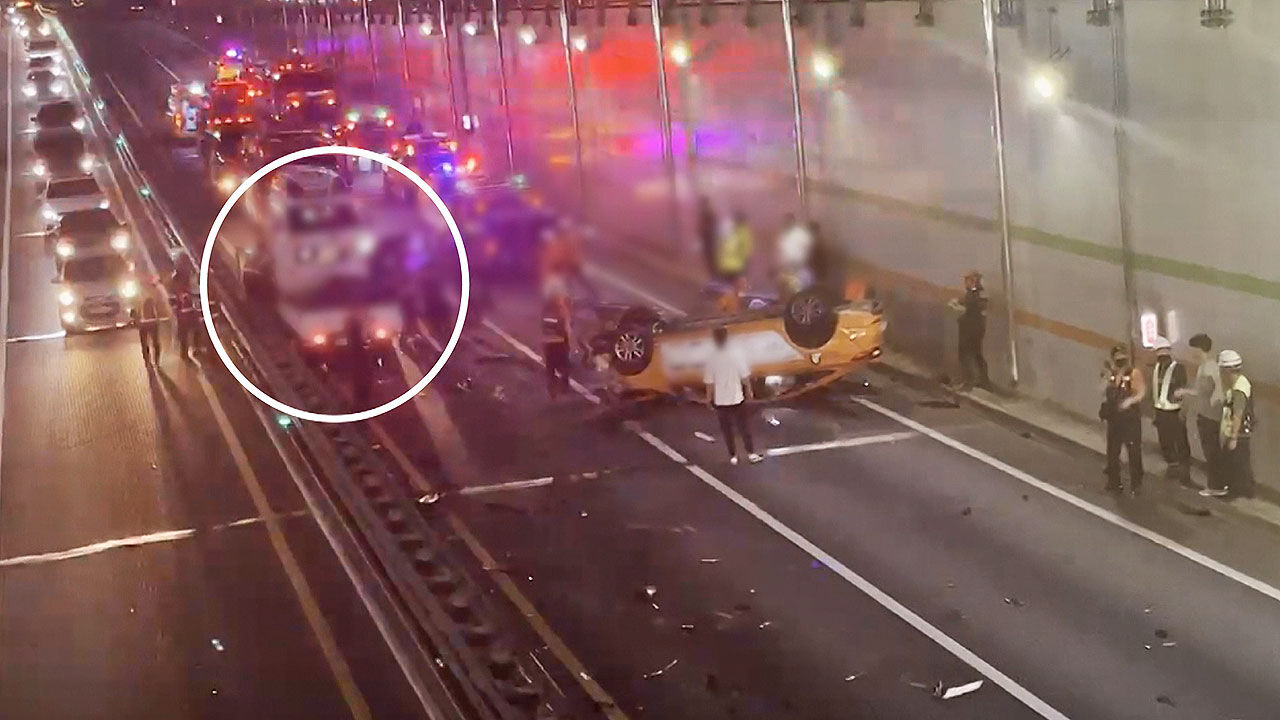 Yesterday (4th) late at night, a taxi running down the downtown road suddenly fell into the underpass.

Three people, including the driver and passengers, were injured in the accident.

A taxi is lying upside down in the middle of the road littered with debris, and paramedics are busy moving around.

The truck next door is busy getting the driver out.

At around 11:40 last night, a taxi driven by Mr. A in his 70s crashed on the Yeomgok Underpass in Seocho-gu, Seoul, and hit a 1-ton truck passing underneath.

They said they were seriously injured.] In

this accident, three people, including Mr. A, a taxi passenger, and a truck driver, were all injured and taken to the hospital. Fortunately, it is said that there is no life-threatening injury.

The police are investigating the exact cause of the accident against Mr.

On a dark highway, red flames erupt from a stopped truck.

Yesterday evening, around 8:30, a 14.5-ton truck driven by a man in his 60s caught fire near the Okcheon Interchange on the Gyeongbu Expressway in the direction of Busan.

The fire was extinguished in about 20 minutes, and no one was injured.

Fire officials are weighing the possibility that the fire may have started around the insulation in the cargo box.