Roomba i3 +: the cheapest version of the best robot vacuum cleaners

Let's start directly: 449 euros of recommended retail price is not cheap for a robot vacuum cleaner, because there are even less than 200. But the iRobot Roomba i3 + ... 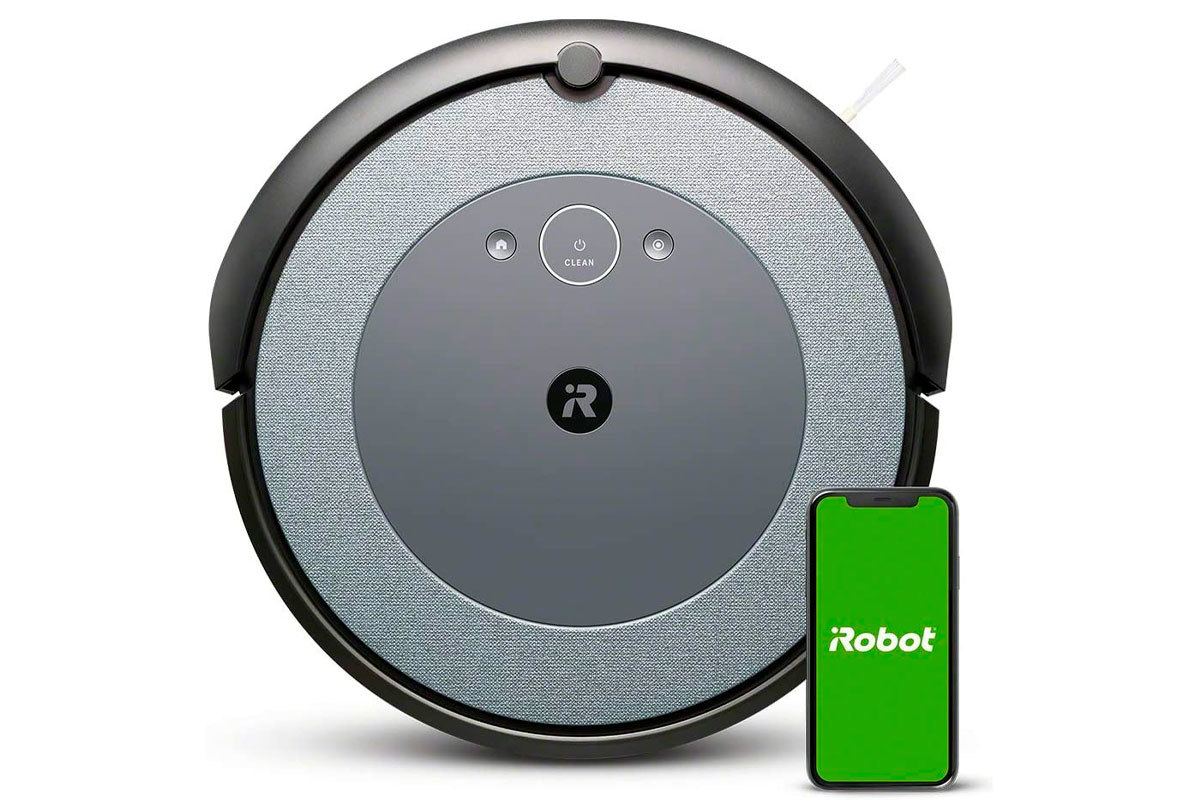 Let's start directly: 449 euros of recommended retail price is not cheap for a robot vacuum cleaner, because there are even less than 200. But the iRobot Roomba i3 + has everything that is usually expected from high-end vacuum cleaners for a somewhat more 'popular' price.

It is also true that its best version costs 699 euros, as it includes a special base that stores the garbage in a bag so that you do not have to clean the tank of the robot vacuum cleaner after each use, but I think it is something without which many could live and save those more than 200 extra euros.

That is why I say that the Roomba i3 + is a somewhat cheaper version of the high-end iRobot.

The Roomba i7 + and Roomba S9 + have functions that not everyone may need (or notice, as is my case) and the limitations in the size of the rollers or the battery of the Roomba i3 + have not seemed to me at least. another world.

It is true that its design is also somewhat less 'premium', but let's be honest: no robot vacuum cleaner is especially beautiful or fits into the design of a living room no matter how much we want it.

It is still a junk that we have plugged into a corner and that is activated when we need it or have it configured.

The configuration, always through the official Roomba app, is at least very simple and I don't get too complicated: my Ditto (because that's how I named it) cleans Monday, Wednesday and Friday at 10:30 in the morning and in less than an hour it has usually passed the floors of my house, which does not have more than 70 square meters (I live on the outskirts of Madrid, that's why I can afford a house of this size, do not be wrong).

The Roomba application has come a long way hand in hand with robots and now there are a thousand cleaning options that are tremendously useful.

At another time when we weren't home for so many hours due to the pandemic, its function of cleaning only when it detects that we have left home would be wonderful.

But let's talk a little more about the robot itself.

The Roombai3 + is basically a walking battery with a small trash can that you have to clean every time you vacuum.

This is common in all kinds of cleaning robots because they always have fair deposits.

That is why the inclusion of a base that sucks the contents of this container and stores the crap for a month (in my experience, at least) is such a practical thing.

It is quite a chore that you have to pay such a high bonus for it in the i3 +, but it is true that if iRobot included it for less than 500 euros, it would be the competition to its own high-end product range.

It does not include LiDAR radars, nor does it have a very advanced roller system, nor does it scrub (almost better), but it fulfills its functions and the brand's patented rollers, although they are somewhat smaller than in the more expensive models, still work very well and fantastically cleaned. Because even if this robot vacuums by itself, I have already warned you, you will have to carry out a weekly maintenance, at least, so that it does not get stuck with hair or dirt.

As for the cleaning capabilities of the Roomba i3 +, I will say what I always say: all robot vacuum cleaners, no matter how good and expensive they are, do a superficial cleaning of the house and you will have to vacuum the most difficult corners and remove the dirt. powder from many parts in a traditional way. But if you value having a clean house, either because of a hobby, because you have pets or because you work in it and that helps you focus more; the function of this robot vacuum cleaner would seem fundamental to me.

I have 3 cats and a girlfriend with good hair, so if I don't breathe for at least one day or one day, the ground is full of dust mixed with human or feline hair and they become incredible balls.

If I use a robot vacuum cleaner three times a week it is so that these balls do not form except in the most remote places of the house, which I clean on Sunday.

Is it worth paying 449 euros for this?

After a year, at least yes to me.

Another thing would be to pay a thousand euros for something like that, which because of the Roomba i3 + I now see unnecessary.

I have tried the higher-end Roomba and I at least have not noticed a big difference compared to what this one does, which has a much lower price.

That is why it seems to me such a successful move on the part of the company.

At a time when other Chinese brands are dropping prices to compete with them, iRobot has made a logical move: lower prices and bring some features that the competition does not have.

I can't say that the Roomba i3 + is cheap, but for 449 euros (699 with the optional base) you have possibly the best robot vacuum cleaner on the market without the extras that make this type of product more expensive.

Conga is a brand already well known in the Spanish market that has quite decent products at popular prices.

Don't expect this robot vacuum to have the longest battery life, the best rollers, or the best navigation system, but heck: for the cost, it's almost worth just giving it a try and see if it suits you.

Of course iRobot has a cheaper Roomba than the i3 +, but its features are more limited.

Even so, it may compensate you because its price is much lower and this one has a pretty good offer: it cost 349 euros and is reduced to 249 euros.

At the moment, most of Xiaomi's home devices are somewhat far from being as profitable and popular as their mobiles, but they are already getting their paw on everything related to the home.

TechnologyFive phones for less than 200 euros that are very worthwhile

ResultsMercadona earns 17% more in the year of the pandemic and creates 5,000 new jobs

EconomyThe Ayuso plan: Madrilenians will pay up to 11% less personal income tax than in the rest of the communities