Multi-use instead of disposable... The era of sharing'cups'

Three years ago, the use of disposable cups in Korea was 8.4 billion. It is said that about 160 pieces were written per person a year, but after that, the number increased as the corona spread. 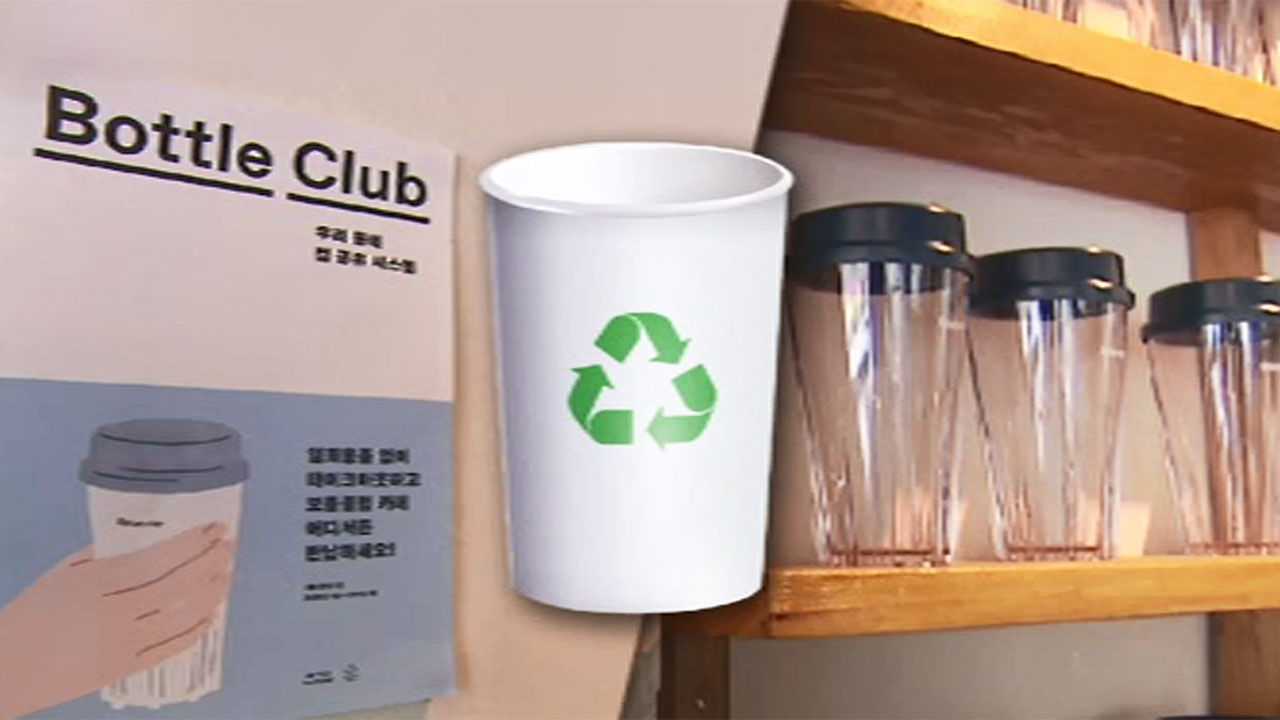 Three years ago, Korea used 8.4 billion disposable cups. It is said that about 160 pieces were written per person per year, but after that, the number increased as the corona spread. So, in recent years, there is a movement to wash the cup and use it several times, rather than to use it once, and to use such cups together with several nearby stores.

Reporter Park Hyun-seok reported on these various experiments to protect the environment.

[Shall I prepare it in a multi-use cup?]

you okay to put a drink in a multi-use cup?] A

The four to five thousand resident employees of KT's headquarters in Gwanghwamun decided to gradually replace the disposable cups that had been used for thousands of cups every day into'multi-use' cups.

[Drink came out.] It's been

about ten days since it started, and you can see orange multi-use cups all over the office building.

It's still in its infancy, but there are fewer disposable cups in the trash can.

Is the multi-use cup hygienic?

[Hee-Soo Jeon/KT staff: It has the advantage of being able to use it multiple times, but it is light to carry around like a disposable cup, and I don’t have to wash it anyway..] The

start-up company that delivered the cup is responsible for collecting, washing, and bringing it back. .

He explained that there are six cleaning steps from ultrasonic cleaning to the final sterilization process.

[CEO Jae-won Kwak/Tresh Busters: Microbiological testing of a cleaned cup and a disposable plastic cup that has never been used, the cleaned cup is about 30 times cleaner (than the unused plastic cup).]

We share a cup under the name'Bottle Club', and no matter which cafe you bought, you can return it to the nearest 10 out of 10 places.

Multi-use cups are cleaned at the returned cafe and served back to guests.

[Jeong-deon CEO/Bottle Factory: If we gradually do what we can do in our own place, and if it becomes a habit, will we be able to make bigger changes? I think.]

How far can it be extended?

In Freiburg, a small city with a population of 230,000 in southwestern Germany, the entire city shares a multi-use cup.

If you pay a deposit of EUR 1, use the cup and return it to any cafe, you will receive a EUR 1 refund.

Considering the existing costs of collecting disposable cups, recycling, and disposing of garbage, it is considered to be economically competitive.

[Flood Heat Collector/Resource Recycling Socioeconomic Research Institute: It is necessary to construct a system that can conveniently return (consumers to multi-use cups) because they can be returned to any nearby store or infrastructure such as an unmanned recovery machine is installed everywhere. ]

It would be nice to remove the disposable cups and change them all to tumblers or multi-use cups.

However, it is not easy to change them all at once, so a policy has been announced to reduce the use of disposable cups as an intermediate step.

Disposable cup deposit system scheduled to be implemented in June next year.

When you receive a disposable cup, you pay approximately 200 won or 300 won, and return it back to get it back.

With this deposit, it seems likely that more cups will be recycled.

Recently, Starbucks Korea also announced that it will completely withdraw disposable cups by 2025.

Ultimately, there is a prevailing voice that you should get used to the shared cup instead of the disposable cup.